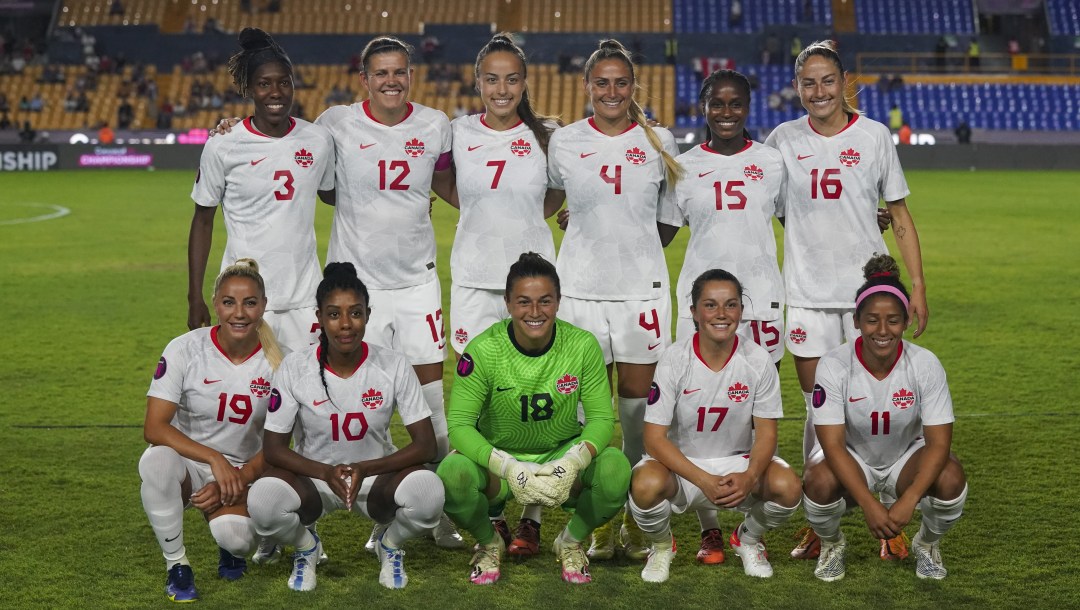 Team Canada had a jam-packed week on the world stage.

Here’s a quick look back in case you missed any of the action:

The reigning Olympic champions will have a chance to compete for more glory on the world stage after earning Canada’s spot in an eighth straight FIFA Women’s World Cup.

The Women’s National Team opened the Concacaf W Championship in Monterrey, Mexico with two wins to secure the qualification. They took down Trinidad & Tobago on Tuesday with a convincing 6-0 win and edged out Panama 1-0 on Friday.

Those victories assured Canada of a top-two finish in Group B. They will play Costa Rica, who are also 2-0, on Monday to determine their seeding for the semifinals.

The team’s mission in Monterrey is not yet complete. The winner of the tournament will lock up Olympic qualification for Paris 2024. The second- and third- place teams will face off in September 2023 for the second Olympic berth allotted to the Concacaf region.

At the third and final World Rowing Cup of the season, Canada captured silver in the women’s eight in Lucerne, Switzerland. The boat included three members of the gold medal-winning crew from Tokyo 2020 (Sydney Payne, Avalon Wasteneys, Kristen Kit). They were joined by Gabrielle Smith and Jessica Sevick — who both moved in after competing in the double sculls in Tokyo — as well as Alexis Cronk, Cassidy Deane, Kirsten Edwards and Morgan Rosts who all won their first senior international medals.

Three other Canadian boats raced in A finals. Trevor Jones finished fourth in the men’s single sculls while the men’s eight and the women’s pair finished sixth. Next up will be the World Rowing Championships taking place towards the end of September in Racice, Czech Republic.

Jessica Klimkait took home the bronze medal in the women’s under 57kg category at the Judo Grand Slam in Budapest, Hungary on Friday. The reigning world champion and Olympic bronze medallist needed just 1 minute and 35 seconds to beat Cuba’s Arnaes Odelin Garcia in the bronze medal match. It was her 10th career podium on the elite international circuit.

Two Canadian teams made it to the quarterfinals of the Beach Pro Tour Elite 16 event in Gstaad, Switzerland. Coming off their silver medal at the world championships, Brandie Wilkerson and Sophie Bukovec bowed out after a three-set loss to Australia’s Taliqua Clancy and Mariafe Artacho. Sarah Pavan and Melissa Humana-Parades had their title hopes dashed by Brazil’s Eduarda Santos Lisboa (Duda) and Ana Patricia Ramos in straight sets.

Canadian wrestlers put on a show at the Grand Prix of Spain, tallying 14 medals across the competition in Madrid.

On Saturday, the Canadian women won eight medals to clinch the women’s team title. Two gold medals were claimed by Diana Weiker in the 55kg event and Laurence Beauregard in the 59kg category. On Sunday, the Canadian men added six bronze medals.

Another weekend, another career best result for Emy Legault. She earned her first top-10 finish in a World Triathlon Championship Series race, clocking a time of 59:11 in the sprint distance event in Hamburg, Germany. It comes two weeks after she placed 12th in the WTCS race in Montreal, which was on the heels of her first career World Cup podium in Huatulco, Mexico.

OIympians Ali ten Hove and Mariah Millen were the top Canadian boat at the 49er, 49erFX and Nacra 17 European Championships in Aarhus, Denmark. After 15 races, they finished seventh overall in the 49erFX class. They had placed in the top 10 nine times throughout the competition, including Sunday’s Medal Race in which they finished fifth to help them climb up the standings.

This was the last major regatta for these boat classes before the 49er, 49erFX and Nacra 17 World Championships take place in St. Margaret’s Bay, Nova Scotia starting on August 31.

Canadian golfer Adam Svensson finished the Barbasol Championship in sixth place with a score of 19-under par.

In a tournament affected by inclement weather and rain stoppages, Svensson had to complete his third round on Sunday morning. Svensson was in contention for most of the tournament, but his 71 (-1) in the final round led to him finishing six strokes behind tourney champion Trey Mullinax of the United States.