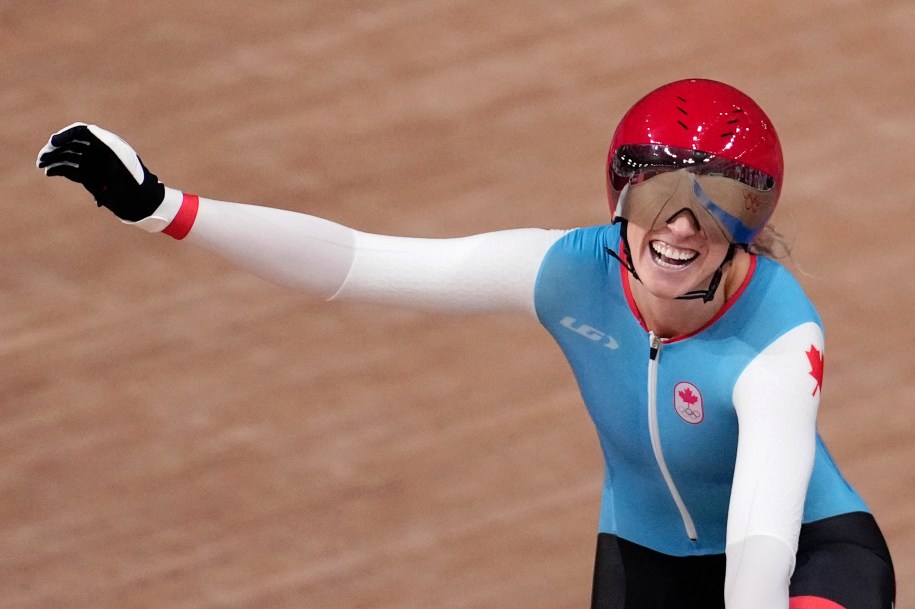 The success continued for Team Canada on the third day of the 2022 Commonwealth Games in Birmingham, England.

Swimming and cycling competitions continued to be event highlights. Tokyo 2020 Olympic champion Kelsey Mitchell raced to her third medal, while four-time Olympic medallist Kylie Masse swam to her first of the 2022 competition.

Here’s a quick look at what happened:

A day after track cyclist Kelsey Mitchell joked that she was “consistently silver,” the Olympic champion added one more to her medal haul on Sunday. The 28-year-old posted a personal best time of 33.294 seconds in the women’s 500m trial trial to collect her third silver medal of the Games. She finished 0.06 of a second behind Australia’s Kristina Clonan who won gold in Commonwealth Games record time of 33.234 seconds. England’s Sophie Capewell took bronze in 33.522.

Mitchell previously won silver in the women’s sprint on Saturday and the team sprint on Friday with Sarah Orban and Lauriane Genest.

It was a familiar sight by the pool as Kylie Masse swam her way to a silver medal in the women’s 100m backstroke final. Masse posted a time of 58.73 seconds to mark her first 2022 Commonwealth Games podium finish at the Sandwell Aquatics Centre in Birmingham. She finished just 0.13 of a second behind Australia’s Kaylee McKeown, who set a new Commonwealth record time of 58.50 seconds. Medi Harris of Wales took the bronze medal.

Shortly after, Canada swam to another silver medal in the women’s 4x200m freestyle relay. Summer McIntosh posted a strong first leg before Ella Jansen, Mary-Sophie Harvey and Katerine Savard saw out the silver medal with a time of 7 minutes 51.98 seconds. Australia struck gold once again, finishing 12.69 seconds ahead of the Canadians to finish in a world record time of 7:39.29.

A passionate Sunday performance from Emma Spence landed her on the podium in the women’s all-round gymnastics final. The 19-year-old executed when it mattered, posting a final score of 52.35 points and was rewarded with the bronze medal. She was just 1.2 points back from Australia’s Georgia Godwin (53.55) who won gold. England’s Ondine Achampong (53.00) finished in second position. Teammate Laura Dénommée finished in seventh position with a final score of 49.70 points.

Spence sat in fourth position after earning 13.55 points in vault. She had a small setback on the uneven bars, earning just 12.95 points. She made up ground on the balance beam with the second best score of 13.05, putting her in second place. Achampong had a phenomenal final performance in the floor exercise to push Spence down to bronze position.

In the men’s all-round final, Félix Dolci finished just off the podium in fourth position and a final score of 81.550.

Tali Darsigny won the bronze medal in the women’s 59kg weight class. She lifted a total weight of 196kg after successfully listing 87kg in the snatch portion and 109kg in the clean and jerk. Darsigny was just one kilo short of matching the weight lifted by silver medallist Jessica Gordon Brown of England. Rafiatu Folashade Lawal of Nigeria took the gold medal with a Commonwealth Games record of 206kg lifted. In her breakout year at the 2018 Commonwealth Games, Darsigny claimed a 58kg silver medal.

Shad Darsigny wasn’t going to let his sister be the only Commonwealth Games medallist in the family on Sunday. In the men’s 73kg event, he collected a bronze medal for Canada. He lifted a total weight of 298kg after successfully listing 135kg in the snatch portion and 163kg in the clean and jerk. Achinta Sheuli of India took the gold medal with a Commonwealth Games record of 313kg lifted and Malaysia’s Erry Hidayat Muhammad finished with silver with 303kg lifted.

The Canadian team of Tyler Mislawchuk, Emy Legault, Charles Paquet and Dominika Jamnicky finished sixth in the mixed team relay final. Mislawchuk came out of the water in third place behind South Africa’s Jamie Riddell and Wilde, but after spending so much time out front on the bike, he was tired for the run.

Mislawchuk tagged off with Emy Legault, who tried to stay with Olympic champion Flora Duffy, but it was clear she didn’t want any passengers. Canada found itself in a fight for sixth place with Bermuda. Paquet managed to make up some time in the swim, then hung on to his position through the bike before running away to give Jamnicky a bit of a lead to start the final leg. Jamnicky kept Canada in sixth for a final time of 1:20.01, with Bermuda taking seventh.

The Canadian women’s rugby sevens team earned two late tries to offer a challenge to New Zealand, but ended up missing out on the bronze medal. New Zealand had a 19-0 lead heading into the final two minutes of the match when Piper Logan put Canada on the board. The Canadians added another try to cut the deficit to 19-12, but a failed kick for an extra two points with less than 20 seconds to go sealed the victory for New Zealand.

Canada fell to New Zealand 45-7 in Pool A action before defeating England 26-19 and Sri Lanka 74-0 to conclude the preliminary round. In the semifinal, the Canadian sevens team was defeated by Fiji 24-7. 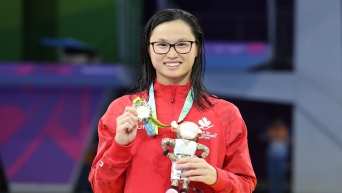 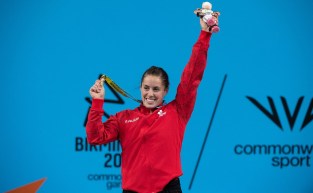