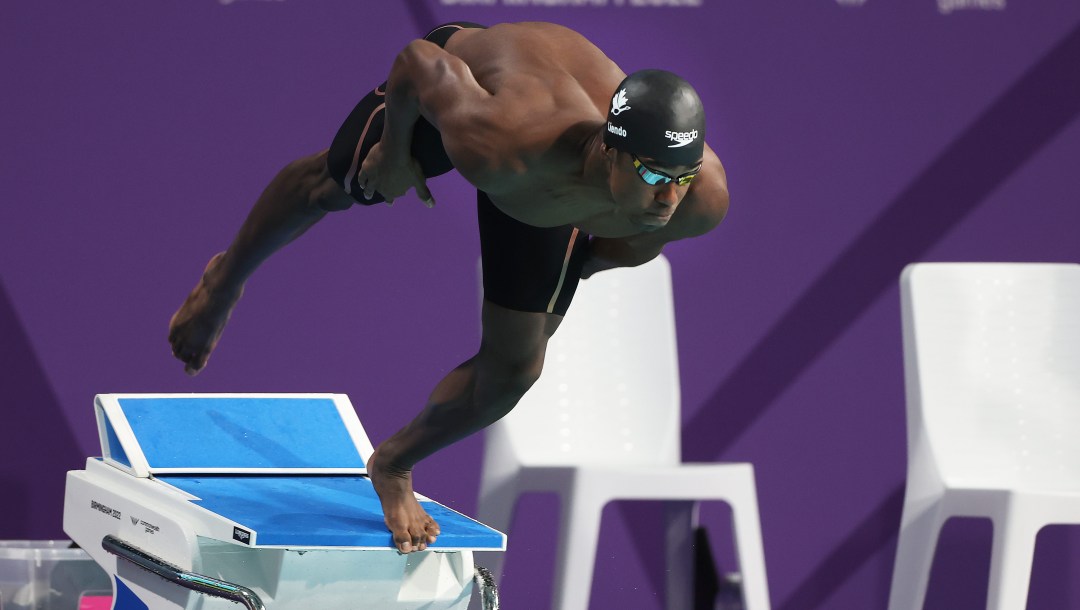 Team Canada added 13 medals to its count on Tuesday at the 2022 Commonwealth Games in Birmingham, England.

There were historic gold medals in 3×3 basketball, Olympic medallist Catherine Beauchemin-Pinard made her way to the top of the podium in judo, and Joshua Liendo continued his ascent with a gold medal in the swimming pool.

Here’s a quick look at some of the action and results from Day 5:

Joshua Liendo swam to the gold medal in the men’s 100m butterfly, just over a month after winning bronze in the event at the FINA World Championships. His time of 51.24 seconds put him atop the podium as he finished 0.16 of a second ahead of co-silver medallists James Guy of England and Matthew Temple of Australia.

This is Liendo’s first individual medal at the Commonwealth Games after he won bronze in the men’s and mixed 4x100m freestyle relays. Finlay Knox placed seventh in the 100m butterfly final.

Not long after his victory, Liendo also qualified for the 50m freestyle final after tying as the second fastest man in the semis.

Canada won the silver medal in the mixed 4x100m medley relay. Kylie Masse led off with the backstroke leg and she was followed by James Dergousoff swimming the breaststroke. Then came Maggie Mac Neil with the butterfly before Ruslan Gaziev dove in as the anchor on the freestyle leg. The Canadians finished in 3:43.98 to end up  just ahead of England (3:44.03) on the podium. Australia (3:41.30) claimed the gold.

Katrina Bellio placed fifth in the women’s 800m freestyle final with Zavaros behind her in seventh.

Canada had two medallists in the men’s 81kg event. François Gauthier Drapeau came away with the silver medal after dropping the final to England’s Lachlan Moorhead, who recorded two waza-ari. Moorhead had defeated another Canadian, Mohab El Nahas, in the semifinals. But El Nahas was able to end his tournament with a victory, scoring an ippon against Asa Weithers of Barbados in a bronze medal bout.

Maya Laylor won gold in the women’s 76kg event while breaking two Commonwealth Games records. After lifting 100kg in the snatch, she put 128kg over her head in the clean and jerk. That latter weight was a Games record, as was her 228kg total weight. She bested second place by 12 kilograms.

Later in the day, Kristel Ngarlem won silver in the women’s 87kg event. She lifted 101kg in the snatch and 135kg in the clean and jerk for a total of 236kg. The champion, Eileen Cikamatana of Australia, set Commonwealth Games records for both of her lifts and total weight of 255kg.

Canada finished the artistic gymnastics competition with one more medal. Emma Spence captured bronze in the beam with her score of 13.066 points. That is her third medal of the Games, following bronzes in the women’s team and individual all-around events. She came close to another podium in the women’s floor exercise but finished fourth by just 0.034 of a point. Cassandra Lee was just behind her in fifth place.

Felix Dolci also had close calls in two apparatus finals. He finished fourth in both the men’s vault and parallel bars.

Canada won the gold medal in women’s 3×3 basketball. The team of Sarah Te-Biasu, Rosalie Mercille, Tara Wallace, and Taya Hanson defeated England 14-13 in the final. This is the first time 3×3 has been included at the Commonwealth Games.

In 3×3 wheelchair basketball, Canada won gold in the women’s event, beating Australia handily by a score of 14-5 in the final. It was the opposite result in the men’s final, as Canada came away with the silver medal following an 11-9 loss to Australia.

Hollie Naughton will play for gold in women’s singles after winning her semifinal match in four games (7-11, 11-3, 11-8, 11-1) against Joelle King of New Zealand. She’ll take on England’s Georgina Kennedy on Wednesday.