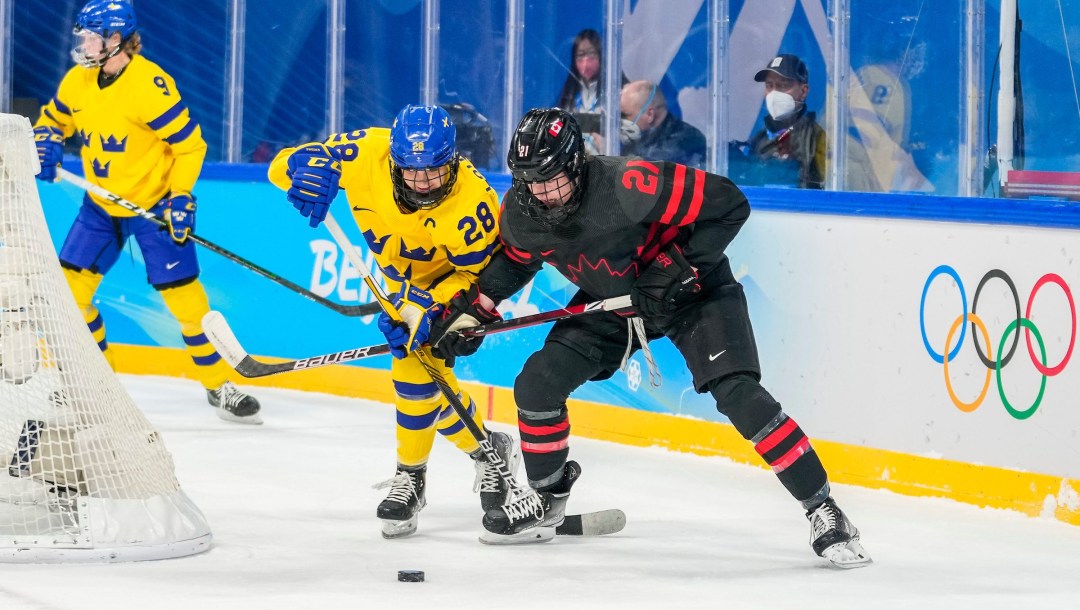 Ashton Bell made her Olympic debut at Beijing 2022 where she helped Team Canada win the gold medal. Bell recorded one goal and four assists in the tournament.

Bell made her debut at the IIHF Women’s World Championship in 2021, just two years after switching to playing defence rather than forward – a decision made before her junior year of university in 2019-20. She scored one goal and added two assists as Canada won gold for its first world title since 2012.

Bell first represented Canada at the 2016 IIHF U18 Women’s World Championship, where she led the team in scoring with six points in five games and was selected to the tournament all-star team. The following year she was named captain of the Canadian squad and led the team to a second straight silver. She was chosen one of the top-three players on the team as voted by the coaches. In 2018, Bell skated with the U22 national development team for the first time.

Bell joined the University of Minnesota-Duluth of the NCAA for 2017-18 and was second in team scoring as a freshman. Her breakout year came as a junior after her transition to defence. She was selected to the All-WCHA First Team, leading the division in points by a defenceman (32). The next season she was named captain and led the Bulldogs back to the NCAA Frozen Four for the first time in over a decade by scoring the overtime goal in their quarterfinal win over Cornell. She was named to the Frozen Four All-Star Team, a Second-Team All-American, and the WHCA Defenseman of the Year, while also being a WCHA All-Academic team member for the third straight year.

A Little More About Ashton

Getting into the Sport: Started skating at the age of four and joined the local hockey program right away… Has wanted to represent Canada at the Olympics since watching the women’s team win gold in OT at Sochi 2014… Outside Interests: Helps coach hockey camps during the summer… Enjoys working on the family ranch, would like to pursue a career working with animals… Likes hiking, camping, golfing, biking, and spending time outdoors. Has ridden horses since she was little and that is a big passion for her… Odds and Ends: Represented Team Manitoba at the 2015 Canada Winter Games, finishing fifth… Competed in the Manitoba High School Rodeo Association… Biggest role model is former pro hockey player Don Dietrich, who is from her hometown. He was a mentor growing up who had a passion for the game and giving back to his community. He recently passed away following a battle with Parkinson’s disease… Write’s TUI (Toes Up Ice) on her sticks as a reminder of him. It was something he always said and inspires her to keep looking forward…