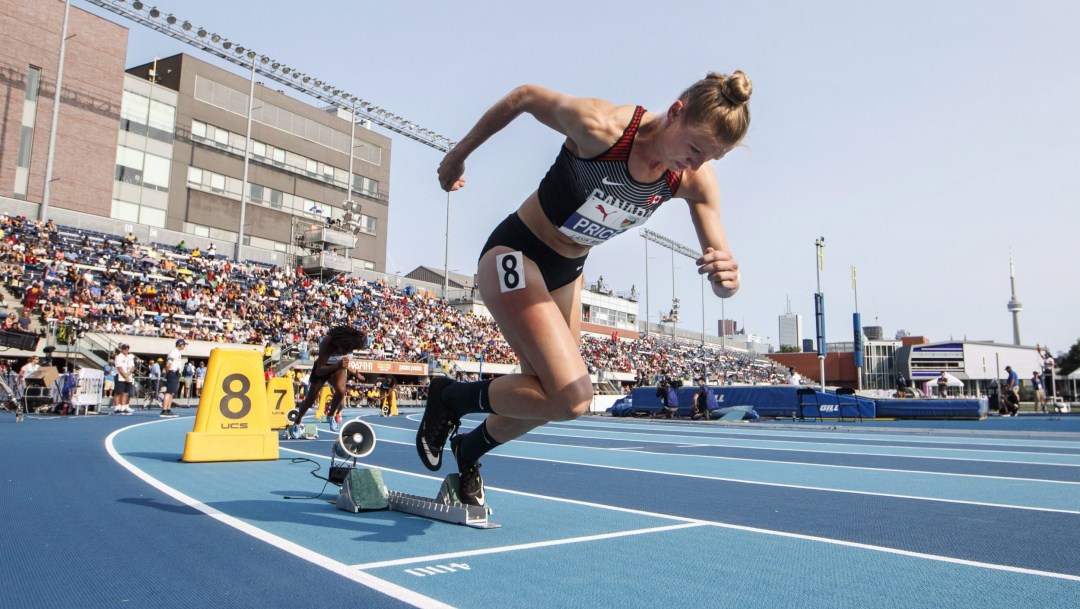 In her Olympic debut at Tokyo 2020, Maddy Price ran the second leg for the 4x400m relay team that finished fourth in the final, missing the podium by just six-tenths of a second.

Price won the junior national title in the 400m in 2014 and then competed at the Junior World Championships where she helped the 4x400m relay set a national junior record of 3:37.17, though they missed the podium by just 0.15 of a second.

Price began 2019 by setting a 400m personal best in April, running 51.56 seconds at a meet in Baton Rouge, Louisiana. She was part of a fourth-place finish with the 4x400m relay at the World Relays in Yokohama. She ended the year by competing in her first senior World Athletics Championships, running in the 400m, 4x400m and 4x400m mixed relays.

Price ran collegiately for Duke University, winning bronze at the NCAA Indoor Championships with the 4x400m relay team in 2018. She represented Canada at the 2019 FISU Universiade, finishing sixth in the 400m and fifth in the 4x400m.

A Little More About Maddy

Getting into the sport: Started running at age 11 but only started competitively when she was 14…  Odds and Ends: Father, Shawn Price, was a professional race car driver and off-road motorcyclist, winning the 2006 24 Hour Daytona…