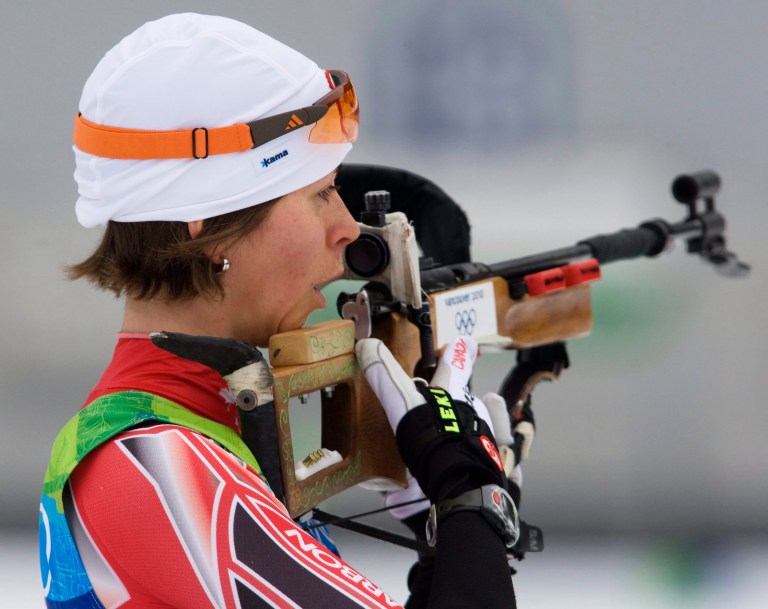 Why funding is worth the fight

To have or have not? That’s the question. Three-time Olympic medallist and broadcaster Cassie Campbell-Pascall reveals why some athletes need more than just passion to reach the podium in sports that often fly under the radar.

As a former Olympic athlete in women’s hockey – I was fortunate to come from a ‘priority’ sport in this country when it comes to Olympic sport funding.

The women’s hockey program has been well funded through a variety of sponsors and Hockey Canada over the years, and although we all have to get an education and have a retirement plan for a future job, the simple fact remains that many Olympic sports have a much easier road to success in Canada.

And right now there are many Canadian Olympic athletes participating in sports that require additional funding and support leading to Sochi.

I wanted to learn about being extremely passionate and competitive in a high level sport that gets little support.

So, I decided to learn more about some of these sports; particularly, these proud and hard-working Canadian athletes who need our help getting to the podium. I wanted to learn about being extremely passionate and competitive in a high level sport that gets little support.

For example: What is the process like for a parent who wants to put their son or daughter into the sport of biathlon? After all, you are selling a sport to your child that involves shooting a gun.  But none the less, it has to be one of the most difficult Olympic sports — to get your heart rate pumping while you cross-country ski for kilometres and then get it to settle down quickly so you can shoot at a target! This kind of extreme endurance and precision can’t be easy. When you think of biathlon in this country, you still think of Myriam Bedard who won Canada two Olympic gold medals and a bronze in the 1992 and 1994 Olympic Games.

For Megan Imrie of Falcon Lake, Manitoba it was around that time when Bedard was winning medals that she, at the age of 7, joined a biathlon after-school program called the Biathlon Bears. The National Championships being in her hometown the year prior helped her develop a passion for her sport.

Imrie competed in her first Olympic Games in Vancouver in 2010. By just getting to the Games, it seemed like the biggest piece of her biathlon career had been accomplished and her childhood dream realized. She was fine with just getting the Olympic experience at the time.

But for Sochi 2014, she has a very different idea.

She wants to stand on the podium for Canada in a sport that as Imrie puts it “is tiny in Canada and massive in Europe.”

In Europe, crowds line the race course and events are very well attended, while in Canada people know little if anything about Imrie or her teammates who train full-time in Canmore, Alberta.

Imrie’s passion for her sport was tested in the 2012 training year. Her preparation plan included more aggressive training, but unfortunately her body didn’t respond and Imrie found herself being often sick or injured. Yet, like every Olympic athlete she continued to push her limits thinking that was the right thing to do. Eventually the mental and physical grind took its toll and Imrie found herself exhausted, and perhaps over trained.

So, she decided to go home to where the heart is.

Imrie travelled back to Falcon Lake, Manitoba to spend three weeks with family. She sought rest and tried to completely stay away from any activities or thoughts that coincided with biathlon. Home was where she found ultimate support and was a place where she could just get away – mentally and physically. Imrie also spent time working the trap lines with her father in -40 C degree weather.

She went back to her roots and her decision paid off.

From my own experience as a hockey player, I can tell you that taking a long-term rest is the hardest thing an athlete can do. But I also know from personal experience that rest is the single most important component of training and without it you run the risk of losing all passion and possibility of physical improvement.

Sometimes, rest can be considered a weapon.

Imrie came back in the spring of 2013 better than ever. She accomplished personal bests in testing and training and, more importantly, re-discovered her passion for biathlon that always existed but for a short time was lost.

Funding support for biathlon can be difficult. Imrie spends about $20,000 a year for equipment and training costs. Combine that with the issues Biathlon Canada has faced financially itself and getting enough funding becomes a full-time job on top of the rigorous training.

There is little time for a part time job due to the training schedules. The Rocky Mountain Soap Company has helped Imrie by selling bars of “Megan Soap” at their stores. Along with Canadian biathletes Zina Kocher, Sandra Keith, Rosanna Crawford, and Megan Tandy, she posed for the Bold Beautiful Biathlon calendar to raise money to cover annual expenses for training and competition. It was a nude calendar, and it was their most successful money-maker to date, with lots of sales in Europe where again biathlon is popular. The calendar faced some criticism here in Canada, but the girls approached it as a way to show strong and athletic bodies.

The fact is that funding support in Canada for biathlon is difficult compared to Europe — one German athlete in biathlon (the powerhouse nation) easily could be making more than the entire Canadian biathlon team. Without question, it is difficult to prepare knowing the advantage that other countries have in the sport even before the gun goes off to start the race.

But this is the Canadian passion that can overcome such obstacles.

Imrie will try to qualify for participation in Sochi in December of 2013 when she will compete in three World Cup races. If she finishes with a top-30 result in any race, she will earn a spot for Canada at the Games the chance to represent her country for a second time.

While training and preparing, she is not the type of athlete to complain about the lack of funding.

In fact she engages herself in every opportunity possible to help build her and her sport’s profile. However, this time around the plan is to not just enjoy the experience, but to compete at the highest level and possibly medal. Even in a sport where funds are hard to come by.

Morgan Ellis twice played for Canada Atlantic at the World U-17 Hockey Challenge in 2008 and 2009, netting two points...