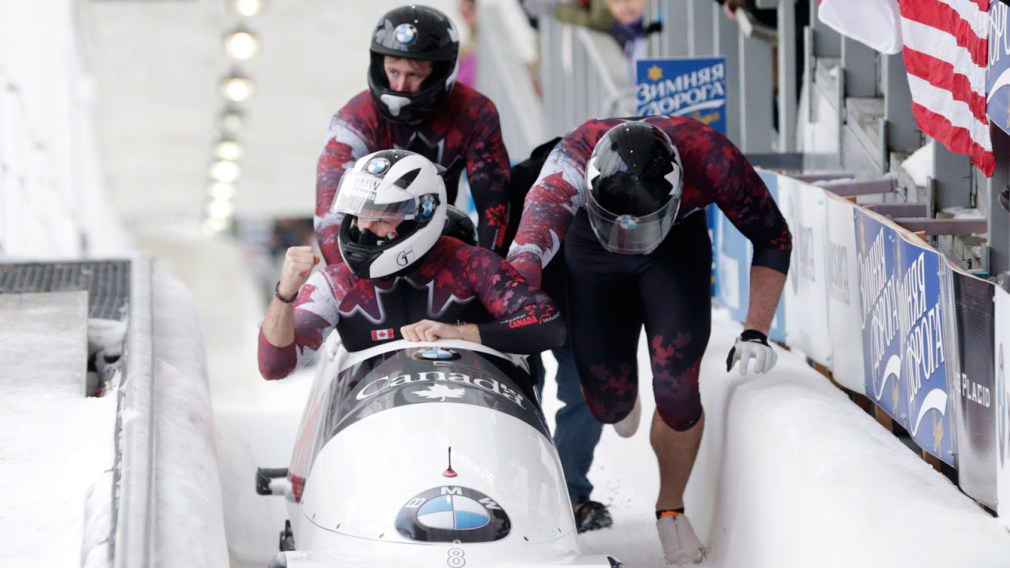 When Canadian bobsledder Justin Kripps became a pilot following the Vancouver 2010 Winter Games, he discovered how important equipment is to his sport. Now, in the season leading up to PyeongChang 2018, he is hoping world-class equipment will help him slide onto the podium. 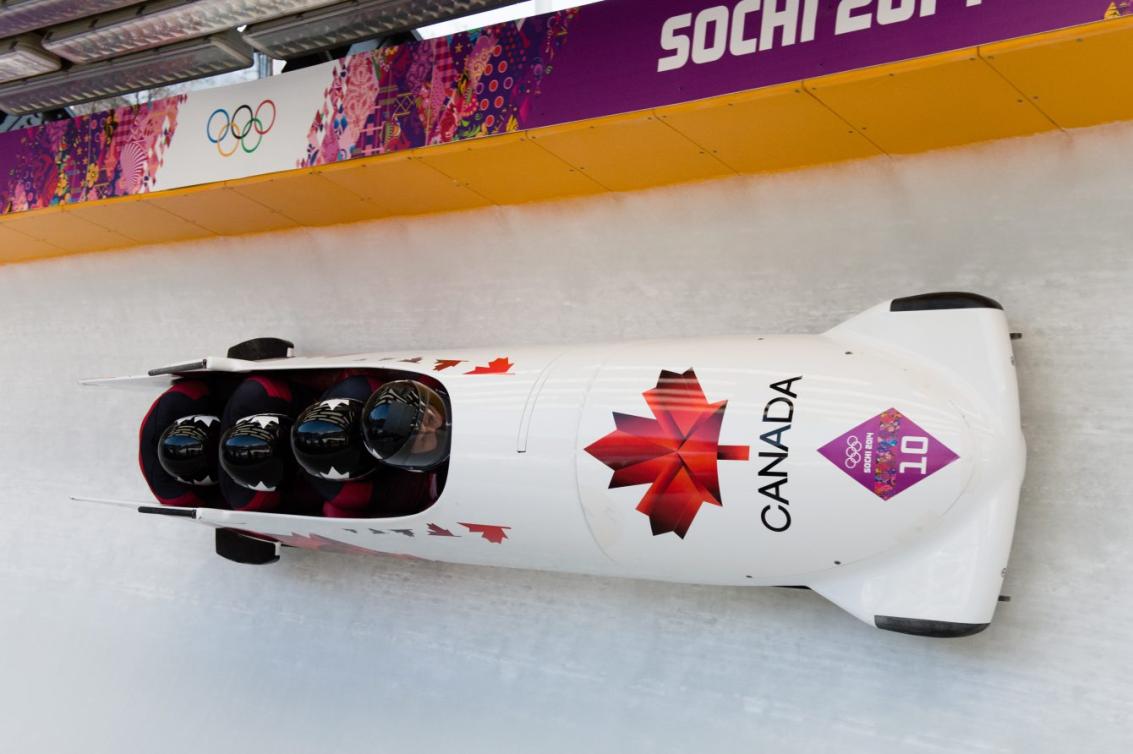 That equipment comes at a steep price in bobsled. “It’s like buying a racecar. It’s up to $100,000 Euros to buy these things, and you actually need it. It’s not a thing that’s nice to have, you either have it or you might as well not even race.”

#tbt to winning races on the World Cup! Starting back up again first week of December in Whistler @slidingcentre #bobsleigh

“In most cases the sleds are owned by the program, but each pilot has their sled for the year, and it’s very much your sled—nobody else touches it but the race mechanic. It’s close to 10 sleds on tour. The two-mans are a little cheaper than the four-mans, but it’s definitely in the half-million to $1,000,000 range,” he says. Since Justin races in both four-man and two-man, he’s responsible for two sleds.

This year, Bobsleigh Canada purchased two new four-man sleds. One was allocated to Justin, since he drives Canada 1—the top Canadian sled. “That’s pretty huge for us because I’ve been sliding in my previous four-man sled for close to six years now, and the sled is from 2007, so it’s getting a bit outdated. It was a really good sled in its day but new technology comes out and now we’ve got the best four-man that was available to buy.”

After a rough start to the day the boys and I managed to climb the ladder into 10th in a crazy snow race in Germany. Hoping for some clear weather this week! #bobsleigh #racing #ibsf #snowday photo cred: Denis Trap @denis70

Having a new best-in-class sled was a big relief to Justin. At Sochi 2014, he was promoted from piloting Canada 3 to being the pilot of Canada 1. Unfortunately, his sled crashed in the second run, removing his team from four-man podium contention.

“The biggest pressure I was feeling this last summer was getting all this stuff in place, because I really want to go into the Olympic season with no worries on my mind. It’s really been a huge help and a huge stress relief to have that [new] four-man [sled].”

Back at the training center filming a spot for @cbc.sports on how we practice getting in the sled @bentenspeed @kopacz1 #thesweatlife

Though the athletes aren’t responsible for purchasing sleds, there is other equipment they pay for out-of-pocket. For instance, bobsled runners—the ‘skis’ that slide on the ice underneath the sled—are sold separately, much like racecar tires. Runners last several years, but are normally switched out when new technology comes out or they become too thin from sandpapering.

Justin says, “Usually the way we do it is the program owns probably 12 sets of runners, and then based on your ranking as a pilot you get to choose which runners you want to use first and then the next guy gets to choose.” However, to be fair, Bobsleigh Canada “bought a lot of the same shaped runners so that everybody has good sets but we don’t really have great sets.”

Kicked off the season by going close to 150km/h at the whistler @slidingcentre with @j_fitzy11 by far the fastest first run I've ever done! #eyeswide

So, Justin paid for a new set of two-man runners himself that were a slightly different shape and more recent technology. They cost about $15,000. “They can be pretty expensive and a lot of the time the pilots are responsible for buying those if they can get a set that’s faster than what the program owns. If you have the best sled in the world but your runners aren’t very good, you’re still not going to be fast. It’s another thing to check off the list.”

Currently, Justin and his four-man team are ranked sixth in the world, and his two-man team is seventh. His performance goal for both teams is to be on the podium at this year’s World Championships. As well, “We want to get on the podium often enough to be in the top three of the overall rankings at the end of the season. If we achieve those goals we’re in a really good spot leading into the Olympics.”

Help Build an Olympian: Justin Kripps slides toward PyeongChang
Eight must-visit cycling spots in Canada
Track and Road Cyclists Nominated to Team Canada for Tokyo 2020
What is the difference between racquetball and squash?
Shuttlecock and balls: The fastest moving objects in sport
Getting vertical: The highest jumps in sport