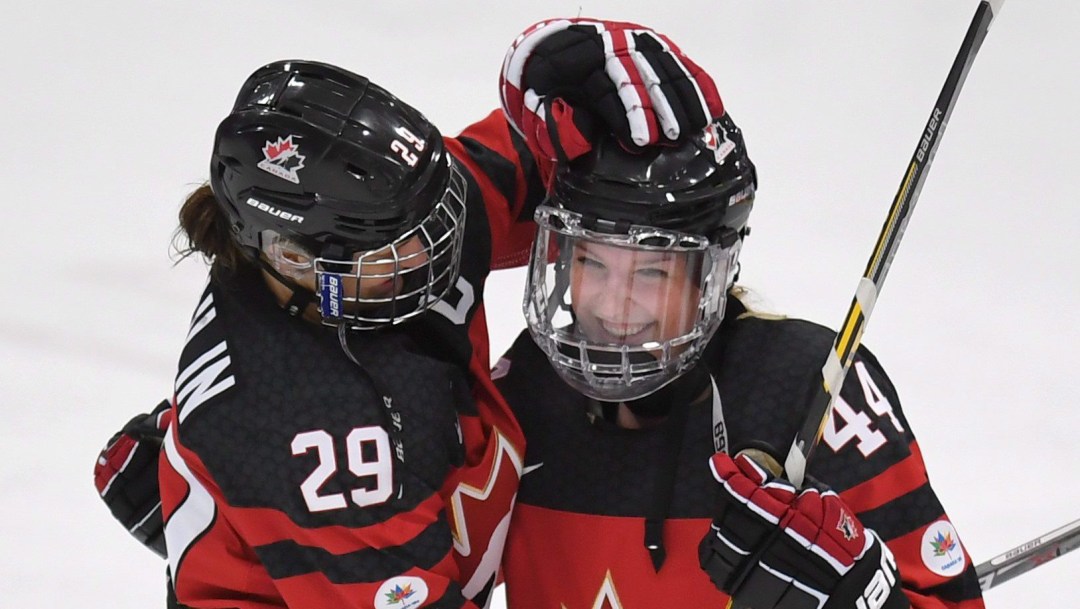 Hockey Canada gave fans the down low on the 28 players being centralized in Calgary throughout the 2017-18 season, in preparation for PyeongChang 2018.

Nagano 1998 Olympic silver medallist Laura Schuler will pass on the torch, as she becomes the first alumnae to lead Team Canada behind the bench at the Olympic Winter Games.

Laura Schuler talks to the team during the gold-medal game of the women’s world hockey championships, April 7, 2017. (AP Photo/Carlos Osorio)

The centralization roster has three goaltenders, nine defenders, and 16 forwards. It features 14 players who won gold at Sochi 2014 and also includes 21 players who captured silver at the 2017 IIHF Women’s World Championship in Plymouth, Michigan.

Here’s a look at the 28 players named to Canada’s National Women’s Team.

The journey to #PyeongChang2018 begins in Calgary for 28 @HC_Women.

All 28 players on the centralization roster will be kick starting their training with fitness testing in late May. For the month of August, the players, along with the staff, will be coming together on a full-time basis with Hockey Canada as part of the preparation for the 2018 Olympic Winter Games.

As for Canada’s final 23-player roster for PyeongChang 2018, that will likely be finalized in late December.