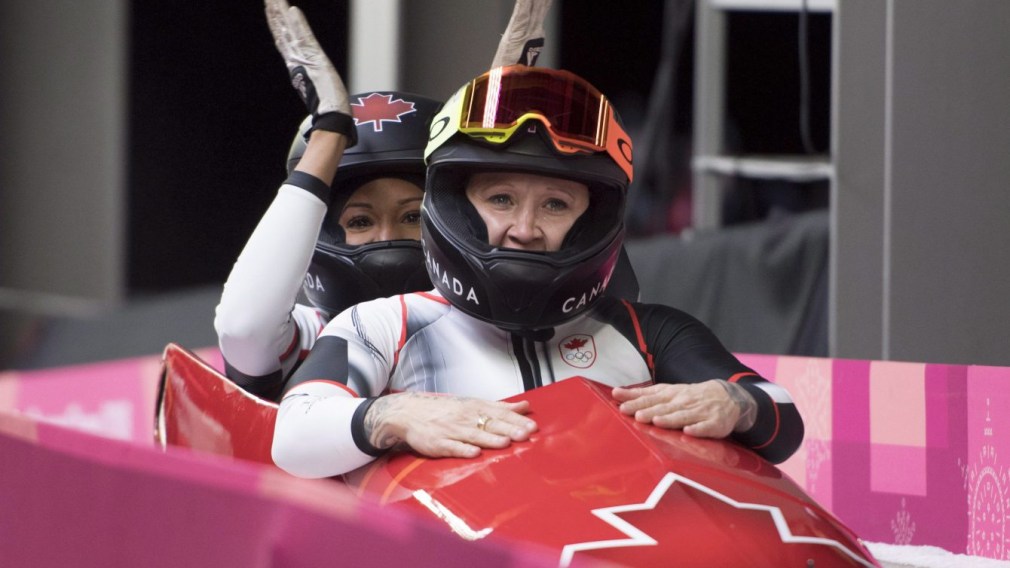 For bobsledder Phylicia George, that wait for her next Olympic Games is much shorter.

PyeongChang 2018 was George’s third career Olympics – but her first Winter Games. George competed in hurdles in both London 2012 and Rio 2016 but, after being contacted by Canadian bobsledder Kaillie Humphries not long after Rio, the Markham, Ont. native made it to South Korea to compete in bobsleigh. 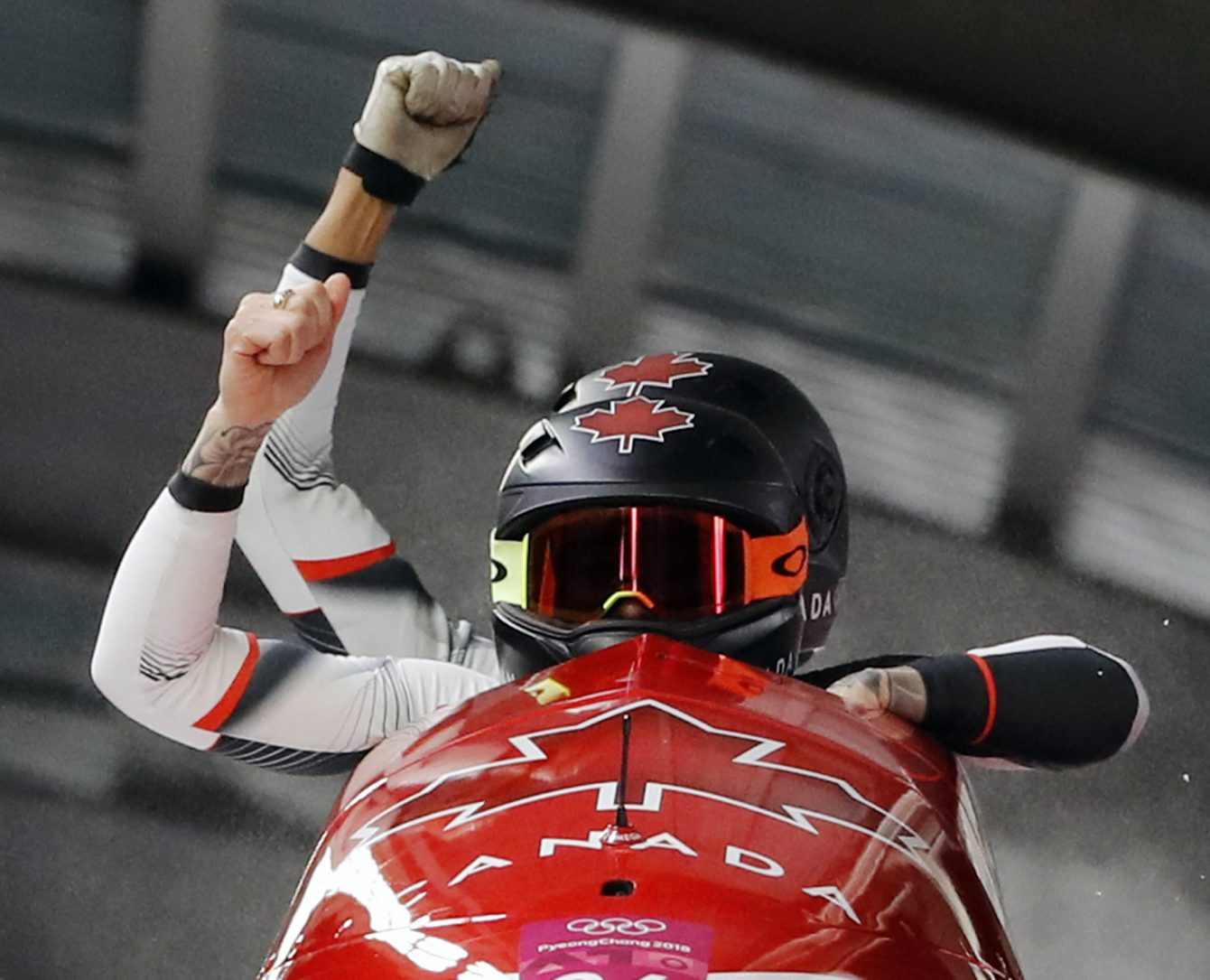 “I’m actually going to be back in maybe two weeks. I’ve got a little bit of weight to lose,” laughed George when asked when she’ll make the switch back to athletics. “But I’m really excited. I’m the strongest, most powerful that I’ve ever been so I think it’s going to translate really well into track.”

George was unable to win a medal in her previous two Olympic appearances, finishing sixth in the women’s 100m hurdles in London and eighth in Rio. She was also a member of the women’s 4x100m relay team that finished seventh in Rio. Her first Winter Games experience ended much more positively.

On Wednesday, George and Humphries raced to a bronze medal in women’s bobsleigh. 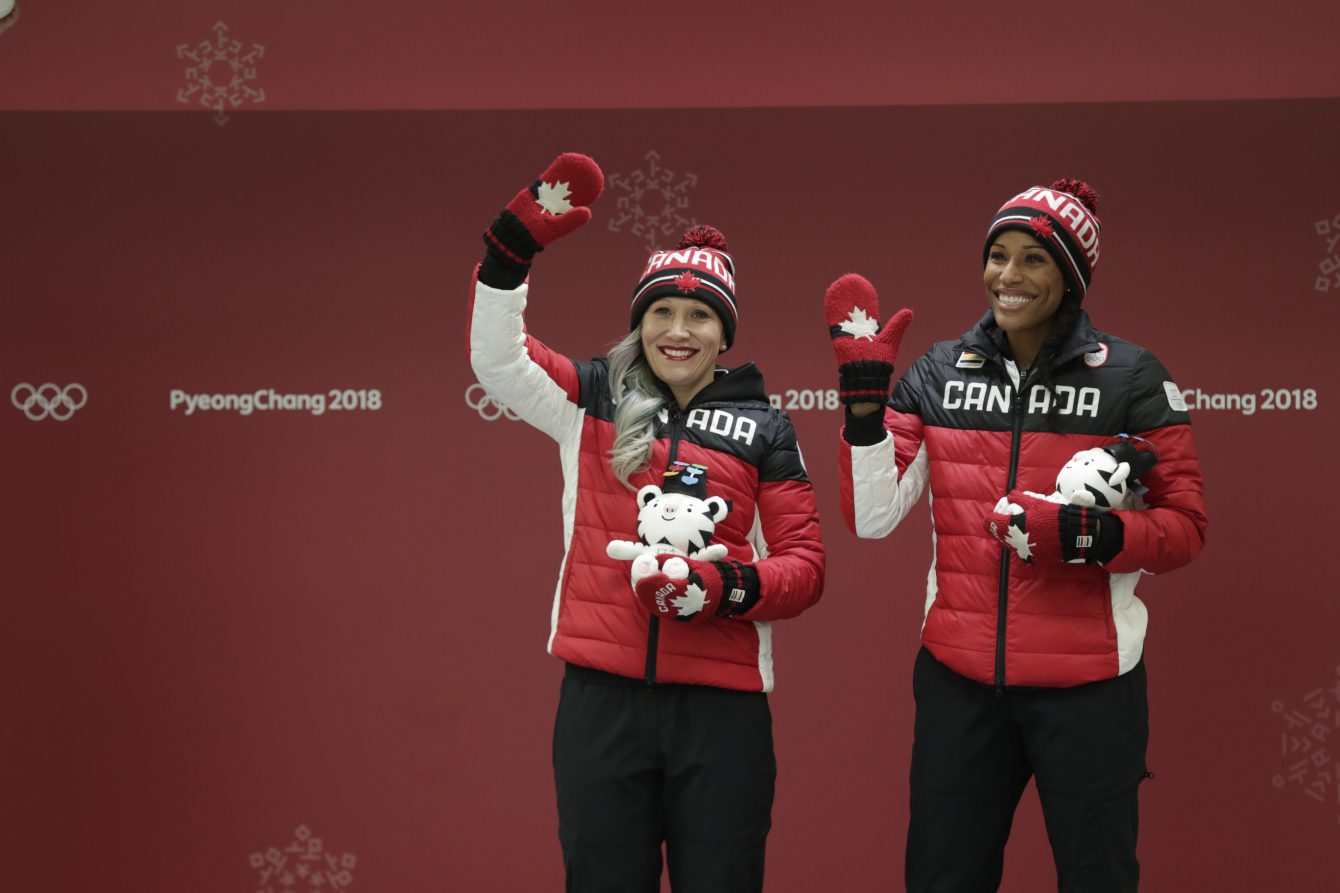 “It’s been so exciting to be able to call myself a summer and a winter Olympian. And now to have my first Olympic medal and the fact that I’m able to share this with Kaillie…”

George said she thought Humphries was crazy to call her not long after Rio to inquire about trying bobsleigh. She’s happy she answered the call.

“She’s been an amazing mentor to me,” George said about Humphries. “I’ve learned so much from her. To be able to share this with her is amazing. I’ve worked really hard for this.”

Humphries is no stranger to the Olympic podium. She entered PyeongChang 2018 as the two-time Olympic champion, winning gold in both Vancouver 2010 and Sochi 2014 with brakeman Heather Moyse. She becomes the first Canadian bobsledder to win three Olympic medals. 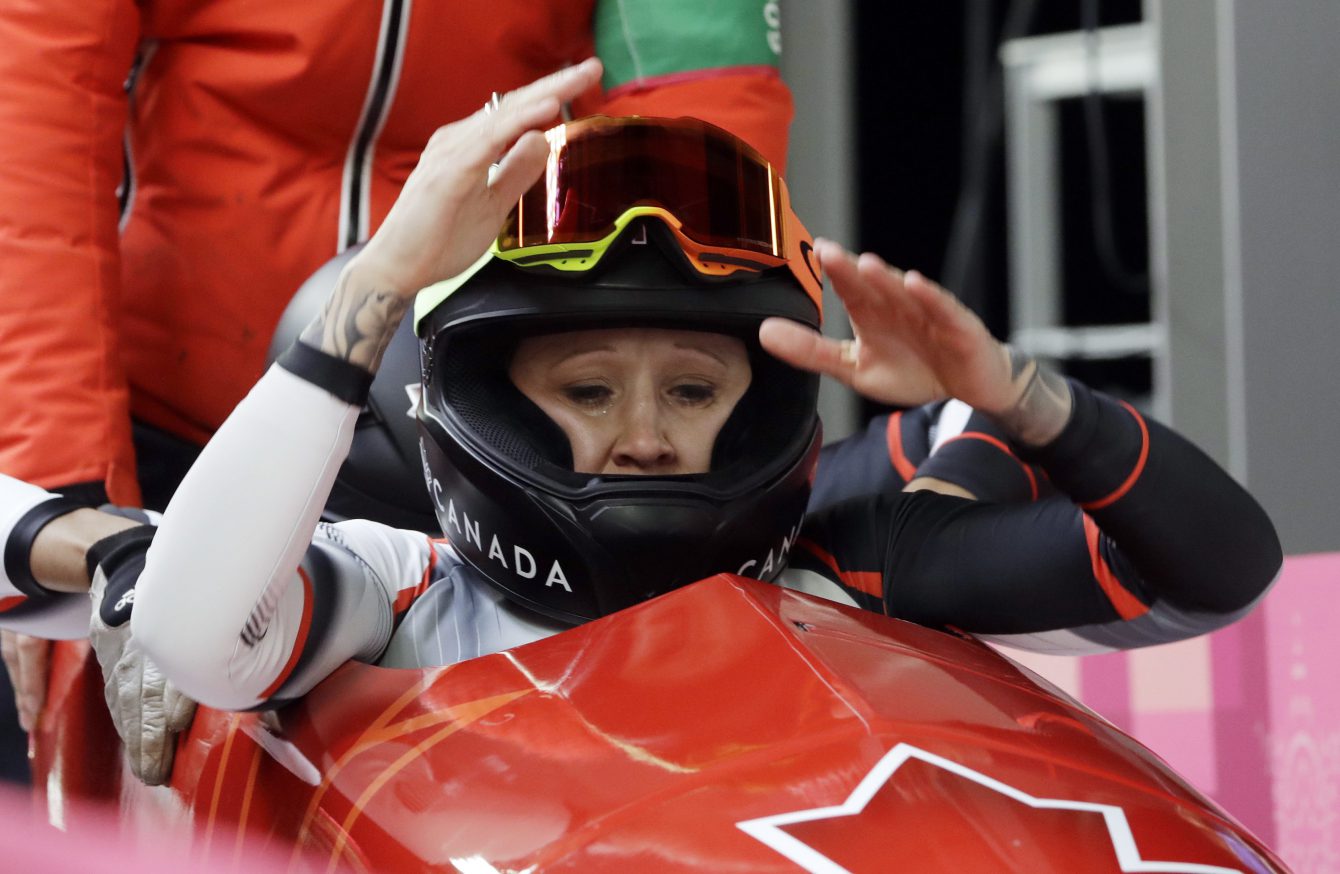 Humphries and George were in fifth place after the first two runs, but gained ground during their final run to move into third, giving them a cumulative time of 2:32.12. The two were unable to move up after solid final runs from Germany’s Mariama Jamanka and Lisa Buckwitz, who won the gold, and Americans Elana Meyers Taylor and Lauren Gibbs, who claimed silver.

“We came out, the pressure was on and we knew we had to perform,” said Humphries. “Overall, our pushes over these four heats were absolutely fantastic which is a testament to how hard Phylicia has worked as an athlete.”

While Humphries was unable to defend her gold, she was more than happy to be standing in any position on the podium.

“I’m 100% okay with standing here,” she said. “We worked our butts off for this position.”

“This medal is extremely special. This one is probably the most personal for me, the most emotional. I know how hard Phylicia and I have had to work and how hard our team has had to work to get to this position – and we earned the bronze tonight.”

Two other Canadian sleds competed on Wednesday. Moyse, who came out of retirement to compete in PyeongChang, finished sixth with driver Alysia Rissling while the duo of Christine De Bruin and Melissa Lotholz placed seventh. The bronze captured by Humphries and George was Canada’s 21st of the Games.

“To stand and win a medal for Canada, it’s an amazing accomplishment,” added George.

Bobsleigh bronze is ‘special’ for unique Canadian duo
Team Canada and Hudson’s Bay unveil Tokyo 2020 uniform kit
Wearing the maple leaf: Team Canada through the decades
What is the difference between racquetball and squash?
Shuttlecock and balls: The fastest moving objects in sport
Brandon McBride: Keeping His Head on a Swivel