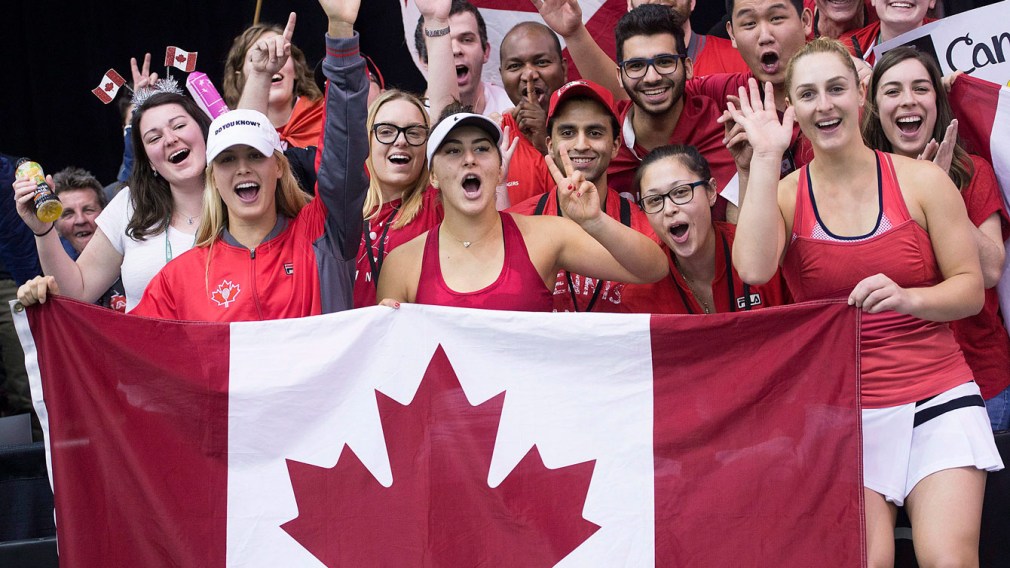 Team Canada was back in action this weekend, bringing their “eh” game to competitions around the world and on home court.

Here’s what took place over the weekend.

Team Canada’s women came out on top at the Fed Cup World Group II matchup in Montreal. Canada’s team of Genie Bouchard, Gaby Dabrowski, Bianca Andreescu and Frankie Abanda closed out the weekend with a 3-2 victory over the Ukraine.

Melissa Humana-Paredes and Sarah Pavan, topped another beach volleyball podium, this time in China. The pair won gold at Xiamen Open, after beating Team USA’s duo in straight sets. Humana-Paredes and Pavan have been on quite the winning streak, after taking home gold at the Commonwealth Games.

Michael Woods raced to a sweet silver at the Liège–Bastogne–Liège in Belgium. Woods’ silver medal makes him the second Canadian to reach the podium at one of the five monuments races, which are the most elite one-day races in cycling. Woods now joins Steve Bauer who earned Canada’s first monument podium in 1990.

The mixed doubles curling world championships is underway in Sweden and Team Canada is off to a very strong start.  Laura Crocker and Kirk Muyres secured their fourth straight on Monday, and are undefeated with three round-robin games remaining. Next up, the pair will play Czech Republic on Tuesday morning at 11:45 am ET.