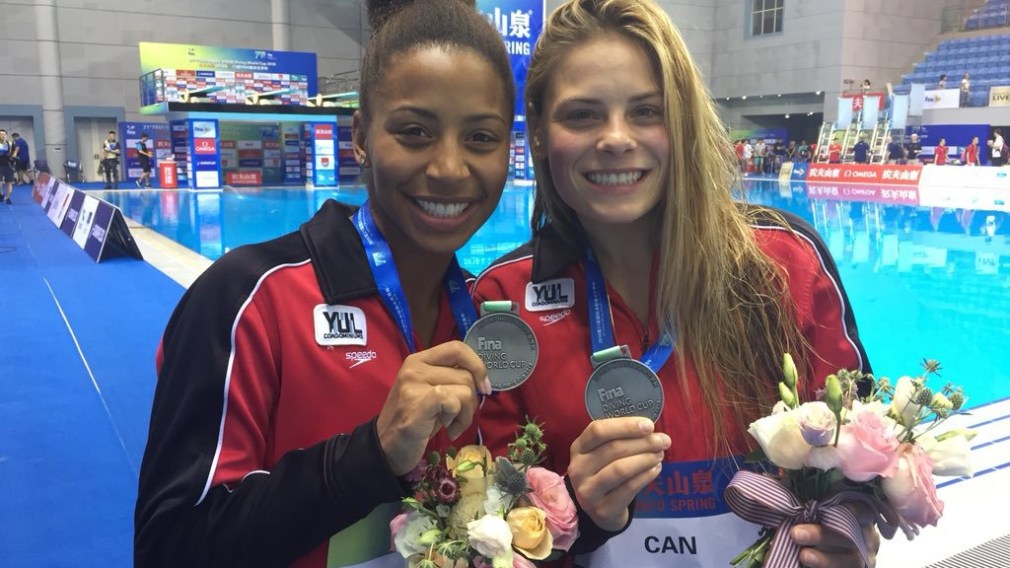 Jennifer Abel and Melissa Citrini-Beaulieu won the silver medal in women’s 3m synchro at the last day of the Diving World Cup in Wuhan, China.

This is the third silver medal for the diving tandem this season. Abel and Citrini-Beaulieu have been on the podium for all four World Series events in the spring, winning bronze in China and Japan, along with silver in Montreal and Kazan.

Abel and Citrini-Beaulieu scored a total of 302.04 points, behind Chinese winners Tingmao Shi and Yani Chang (334.80 points), and ahead of bronze medallists Anabelle Smith and Esther Qin of Australia (290.10 points).