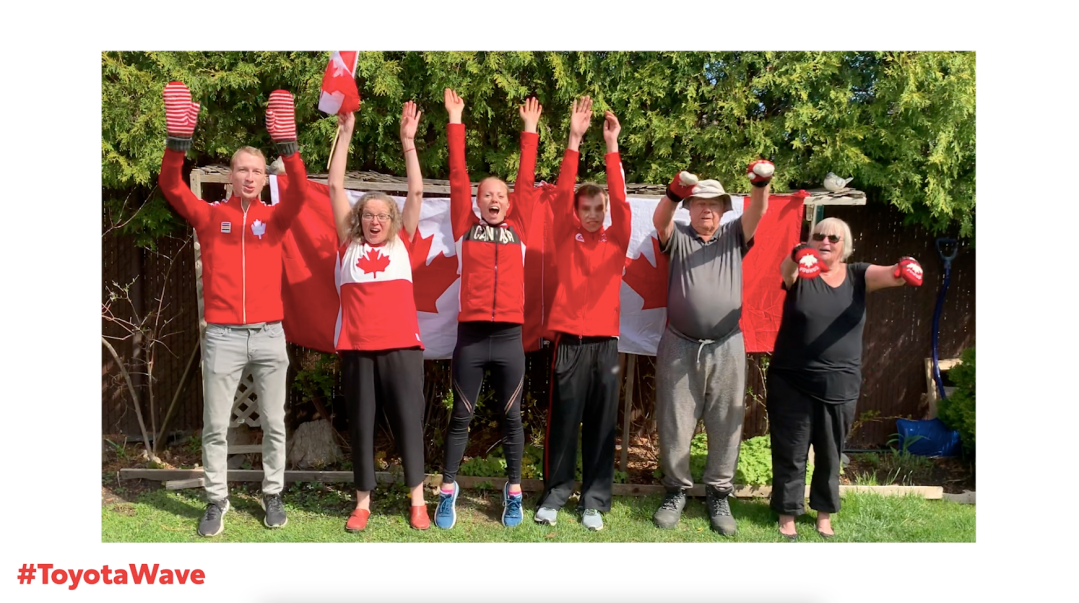 Cheering, it’s the music of any sporting event. It’s the sound of pure excitement and relief when an athlete sticks the landing, crosses a finish line, breaks a record or scores the game-winning goal.

Canadians are always there to celebrate with athletes when they reach their goals, whether they’re watching in the stands or on their couches at home.

Despite the absence of fans in the stands at this years’ Olympic and Paralympic Games Tokyo 2020, the cheering doesn’t have to stop. Fans can still jump, yell and support Team Canada athletes through every stride, flip and pedal stroke in Tokyo.

With the help of Toyota — a proud partner of the Canadian Olympic and Paralympic Committees — Canadian athletes will still have the full support of their fans from across the nation as they compete against the best in the world with the Toyota Wave.

Fans are encouraged to upload a video to social media using the hashtag, #ToyotaWave, and be part of the Tokyo 2020 experience. With the power of movement, Canadians can cheer like they have never before and join the virtual wave that Team Toyota is building from coast to coast. By using Toyota’s Snapchat AR filter, fans can take a video or picture showing their support for athletes right from their phones!

Not only will fans be supporting this year’s summer Olympians; athletes both past and present will also be in on all of the fun.

Join Tokyo 2020 athletes like gymnast Ellie Black, runner Melissa Bishop, and Rio 2016 wrestling gold medallist and Tokyo Olympian, Erica Wiebe, who not only will be doing backflips, chasing down and pinning the competition, but will cheer alongside Canadians from East to West.