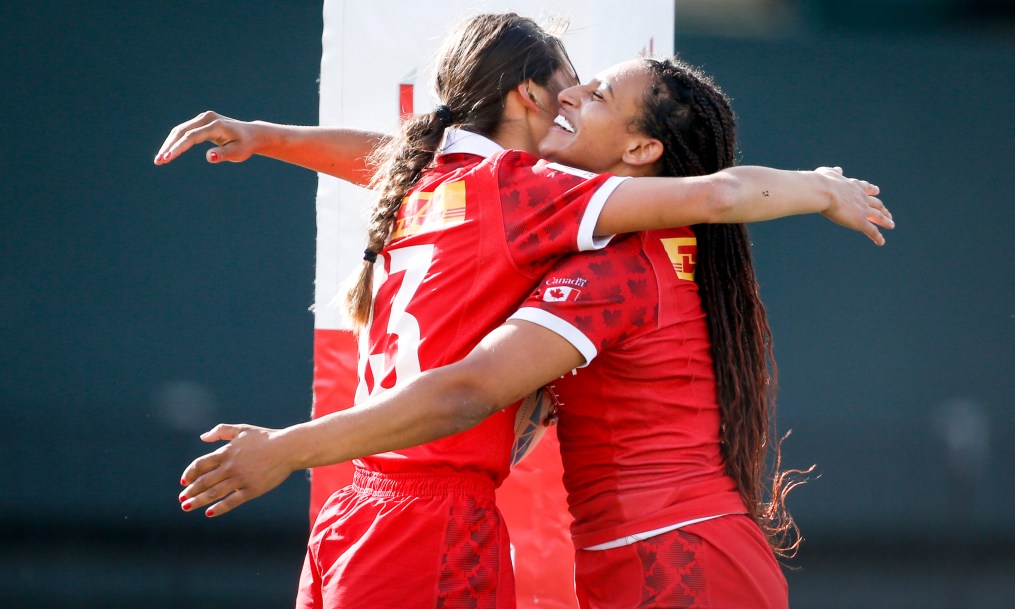 From the pitch to the ice to the road, Canadian athletes put up strong performances this weekend. Catch up on all the latest action below!

Sadovsky skates to a second Olympic quota spot for Canada ⛸

After one more Challenger Series event (Finlandia Trophy, October 7-10), the focus for Canadian figure skaters will turn to the ISU Grand Prix Series, starting with Skate America in Las Vegas from October 22 to 24, followed by Skate Canada International in Vancouver from October 29 to 31.

Five teams have earned their way into the Curling Trials that will take place November 20-28 in Saskatoon. That is where Canada’s Olympic representatives for the men’s and women’s curling tournaments at Beijing 2022 will be decided. A Trials Direct Entry event was held this past weekend in Ottawa where there were three women’s spots and two men’s spots up for grabs.

Canada’s women’s rugby sevens team earned bronze on home turf for the second week in a row at the Canada Sevens. They went undefeated in group play with two draws and a win, then fell 22-12 in a tough semifinal against the United States. Nine players scored in a dominant 63-5 win over Mexico to claim the Fast Four bronze medal in Edmonton.

They now look ahead to the Dubai Sevens, which will be held December 2-4 in the United Arab Emirates.

It was a fantastic moment for Canadian rugby when Josiah Morra scored a clutch try in front of the home crowd, levelling the score on the final play in the quarterfinal Sunday morning against Ireland 7s. It was an even bigger moment when Brennig Prevost nailed the conversion from way out wide to put Canada in the semifinals.

They dropped the semifinal match 22-12 against a strong Great Britain squad, and then fell to Kenya 7s by a score of 33-14 in a tough fought bronze medal game. After 12 games in just eight days, the Canadian men’s 7s team will shift focus to rest and recovery for now.

Alison Jackson earned the best Canadian result of the week at the UCI Road World Championships in Flanders, Belgium. She maintained her position near the front of the pack throughout the elite women’s road race and fought hard at the end to sprint to the finish.

Breaking a Canadian record in the pool 🏊‍♀️

The International Swimming League season continued over the weekend, with Kylie Masse setting a Canadian record time of 25.97s in the 50m backstroke (short course).

Hockey schedule for Beijing 2022 is released 🗓

Get ready to see the women’s and men’s hockey teams in action for Beijing 2022! Full details here on when and who Team Canada will be playing.