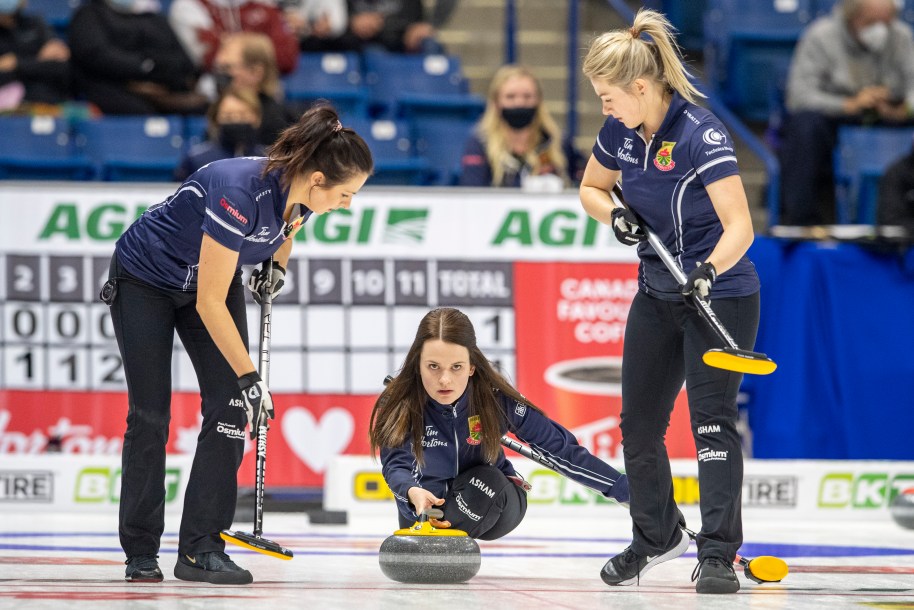 Nine men’s and nine women’s teams started the Canadian Curling Trials. The field is now reduced to five on the women’s side and three on the men’s, with the goal of representing Team Canada on the Olympic stage still in sight.

Two teams are into the final, with one match left to win to qualify for Beijing 2022. Two secured their berths into the semifinal, a couple of games remaining before realizing their Olympic dream.

And then there are tiebreakers. Yes, a select number of teams competing in elimination games, just to get to the semifinal and final.

This is where the Canadian Curling Trials reach their maximum level of excitement. Each end, each shot, each sweep, becomes more important as the games possess higher stakes.

It’s time to tee up the final weekend of the Canadian Curling Trials.

The women’s competition produced tons of drama. But after the round robin, it’s clear who the favourite is going into the weekend.

Team Fleury played eight round robin games. They won all eight of them. Led by skip Tracy Fleury and teammates Kristin MacCuish, Liz Fyfe, and Selena Njegovan, the team is just the second in Canadian Curling Trials history to qualify to the final with a perfect record.

“It’s such a strong field,” Fleury said after her eighth win. “We’ve had a lot of close battles out there. But it feels good to win them all.”

Who Fleury plays in the final remains to be seen. It could be Jennifer Jones, whose team secured the second playoff spot in the semifinal. Team Jones finished with a 5-3 record, after winning their first four matches. However, Jones brings a plethora of veteran experience to elimination weekend. Eight years ago, Jones won the Canadian Curling Trials to qualify for Sochi 2014, en route to winning the Olympic gold medal.

Jones won’t play her semifinal until Saturday night after the tiebreakers conclude. With Teams Einarson, McCarville and Scheidegger all at 4-4, two tiebreakers are required to see who will play Jones in the semifinal.

While the women have tiebreakers in their playoffs, the representatives on the men’s side boast international success. Brad Gushue won Olympic gold at Turin 2006 and then a decade later earned a world title in 2017. Brad Jacobs captured gold at the 2014 Olympics while Kevin Koe represented Canada at PyeongChang 2018 and is a two-time world champion.

Gushue and Jacobs tied in round robin record (7-1) but because of head-to-head, the Newfoundland team gets a bye to the final. Jacobs and Koe will square off in the semifinal, a rematch of their Draw 14 game. Jacobs cruised to an 8-2 victory over Koe, where the Sault Ste. Marie team curled at a 93 percent clip. However, a month before the trials, Koe defeated Jacobs 8-1 at the Western Showdown, setting up an epic rubber match between two veterans.

Awaiting the winner of Jacobs and Koe is Gushue, looking to get back to the Olympics for the first time in 16 years. Gushue dominated Koe in his second game while squeaking out a victory against Jacobs in extra ends.

All three teams come into the playoffs with victories, most notable being Jacobs, who tied the record for the highest score in a single game in Trials history (12). With three Olympians in the elimination round, it paves the way for a dramatic conclusion to the competition.

Below is the schedule of play on Saturday: 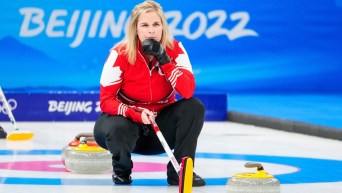