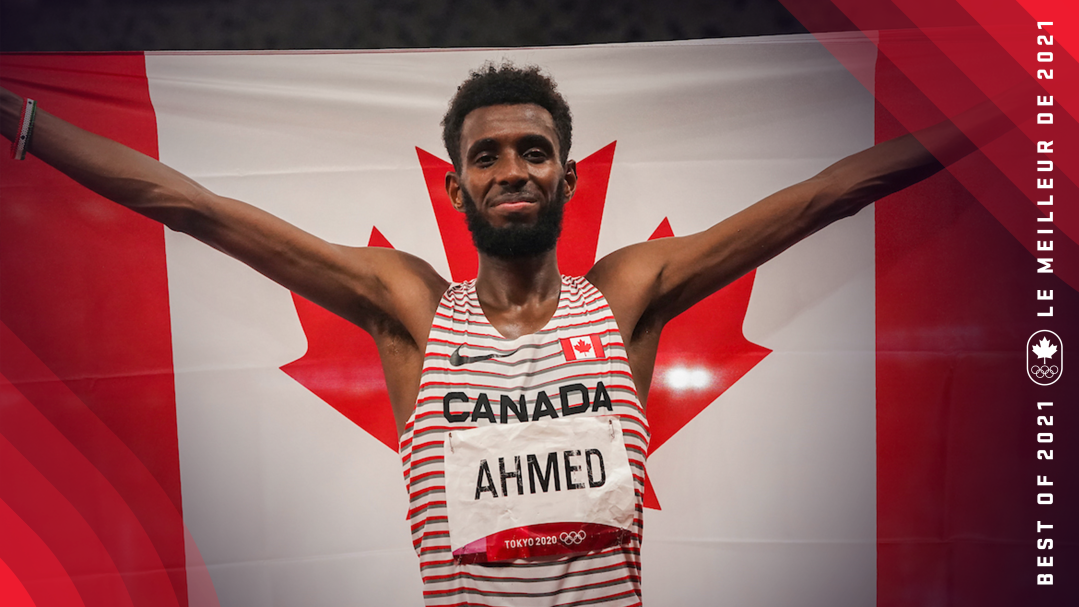 Mohammed Ahmed and Evan Dunfee had both come heartbreakingly close to the podium at Rio 2016, each posting fourth-place finishes in the 5000m and 50km race walk, respectively.

After proving they could win medals at the world championships, neither man was about to let another opportunity at an Olympic medal elude them again.

Here are their stories of perseverance from 2021:

Ahmed’s first race of Tokyo 2020 gave us an inkling that something incredible could happen on the Olympic track. In the 10,000m, he patiently passed through the pack until with 600m to go he made the gutsy move to take the lead. He was unable to hold it and ended up in sixth place, but with his best event still to come, he had all of Canada on high alert.

When it came time for the 5000m final, we were set to watch history be made. No Canadian had ever won an Olympic medal in a long distance track event. After spending most of the race in the middle of the pack, Ahmed produced a burst of speed on the final lap and got himself across the line for silver.

For the latter half of the 50km race walk, Dunfee had been right there with the chase pack. But he couldn’t quite find that next gear he needed to make his move. After close to four hours of walking and just a kilometre from the finish line, Dunfee’s body cooperated, and he passed competitors who looked to have left him behind. As he reeled in the last man to stand between him and the podium, Dunfee made a lot of Canadians new fans of the longest athletics events as he won the country’s first ever Olympic medal in the 50km race walk.

It has already been announced that the 50km race walk will not be included on the Olympic program at Paris 2024. That led Dunfee to recognize his medal moment as “bittersweet”.

However, we’ll never forget how sweet it was to witness these two great athletes finally get their moment in the Olympic spotlight.