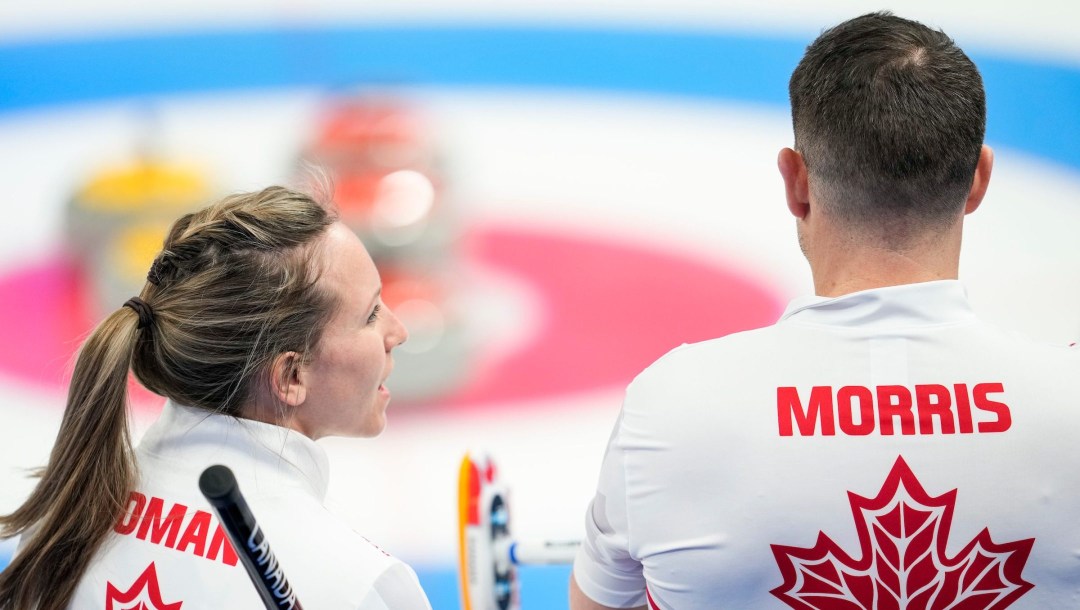 Team Canada’s Rachel Homan and John Morris finished off a great 18 hours of curling at the Beijing 2022 Olympic Winter Games Friday with their third consecutive victory at the Ice Cube to move into a second-place tie in the standings.

The final win came against host China, 8-6. Team Canada’s odyssey began Thursday evening Beijing time, ended Friday afternoon and included wins over Norway and Switzerland. Homan has had total control of her draw weight and she flashed it throughout the Friday afternoon game, making key shots that aided in Canada’s four deuces and forcing China to take singles when they needed twos.

“It was a great day, a great day for Canada,” she said. “It was a battle all three games. Today, three draws in a row, I’m really proud of John and the rest of the team to get prepared and rested up for three in a row.”

It was a pivotal game for both teams. They went into the game with 2-1 records and with six teams with only one loss, every win is critical until the 10-team round robin concludes on Sunday and the top four teams will advance to Monday’s semifinals.

So what plans do they have after the stressful stretch?

“We’re going to play some cards, drink a beer, listen to some Tragically Hip and watch the opening ceremony and maybe we have a prerecorded game of the Scotties (Tournament of Hearts),” said Morris. “Probably my favourite evening because we have it off. We’re going to have a chilled, laid-back evening.”

And maybe celebrate the 40th birthday of alternate/coach Marc Kennedy.

The relatively unknown Chinese team of Fan Suyuan and Ling Zhi, playing in their first ever international competition, used hammer to get a single in the first end and Canada used hammer in the second to get a deuce. Homan, who has had excellent draw weight since Game 1, made a gentle tap back with final stone to get the deuce.

Homan, a 32-year-old Ottawa native who lives in Beaumont, Alta., with her husband and two young children, and Morris, already a two-time Olympic champion, stole two in the third to take control. Morris made a perfect draw to shot with plenty of backing and Homan followed with another draw-weight gentle rub back for the two.

Canada added deuces in the fifth and seventh ends while China got twos in the fourth and eighth end and a single in six.

Homan and Morris are attempting to keep the Olympic gold medal in Canadian hands. Morris and Kaitlyn Lawes, who will be playing with Jennifer Jones when the four-person competition gets underway next week, won gold when mixed doubles made its Olympic debut in 2018.

It was COVID-19 and selection rules that brought Morris and Homan to Beijing.

Although they had won 45 of 49 games coming into the Olympics, Morris and Homan weren’t ranked among Canada’s top three mixed doubles teams. The country’s top two teams were ruled out of the Olympics by domestic selection criteria that said no individual could play in both disciplines in the same Games.

The No. 1 ranked team of Jocelyn Peterman and Brett Gallant, who curl with Jones and Brad Gushue, respectively, and No. 2 Jennifer Jones and her husband Brent Laing, both became ineligible when Gushue and Jones earned Canada’s spots in the four-person competitions that begin next week.

When the Olympic trials for mixed doubles had to be cancelled due to the pandemic, Curling Canada selected Morris and Homan, who were ranked No. 5 in Canada, using what the association called a “weighted ranking system.”

Still, Homan and Morris, who have been mixed doubles partners for years, have Olympic experience and strong international curling resumes, so losing their first game here wasn’t a big deal for them. Since then they have gotten stronger each game in running off three straight wins to keep them in the hunt for those playoff positions.