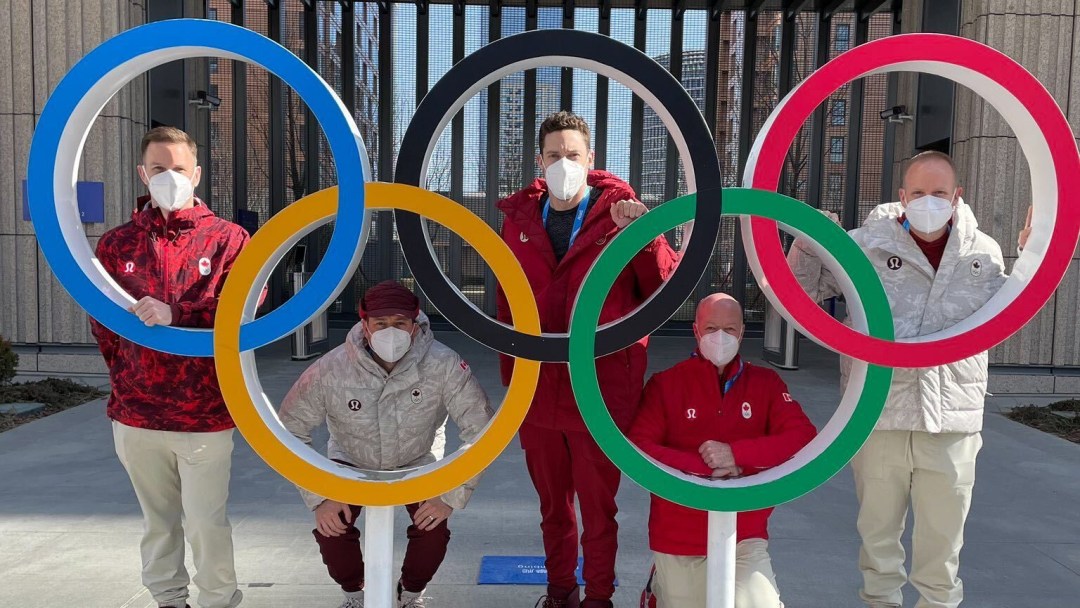 Brad Gushue is well rested, tired of practicing and eager to begin throwing stones in pursuit of what he hopes will be a second Olympic curling gold medal. The key word in there is “hopes.”

While Gushue, third Mark Nichols, second Brett Gallant, lead Geoff Walker and alternate Marc Kennedy are confident they can restore Canada’s reputation after the four-player teamdid not reach the podium in 2018, no one in Canadian curling is about to predict a medal of any colour is a guarantee.

“They’re coming hard for us,” is a comment heard from many world-class Canadian curlers when asked about the level of international competition today. And Gushue agrees that a podium finish in Beijing is not a given for his team or Team Jennifer Jones on the women’s side.

“I don’t think that’s the case at all,” he says. “Anybody who knows curling at all knows that the international teams have improved dramatically over the last ten years. We’re not the dominant power we were 16 years ago, the other countries are really, really good. Both fields are extremely deep.

“Both us and Jennifer are capable of winning a medal and certainly if we play to our capabilities we will win a medal. But that’s not a guarantee. I look at some teams ranked sixth or seventh in either field and those teams are capable of beating anybody, they are quality teams. That’s the big difference between now and 16 years ago, the depth of the field.”

The 16 years ago is when Gushue was last in the Olympics, 2006 in Pinerolo, Italy where he, Nichols, Russ Howard, Jamie Korab, and Mike Adam won gold.

Gushue and his teammates arrived in Beijing on the weekend after spending three weeks in a rented house in Vancouver where they quarantined, got plenty of rest and spent countless hours practicing. That practice was vital since the team hasn’t played a game since they won the Canadian trials final on November 28 because the pandemic forced the cancellation of most curling events.

It was the “new normal” and the group passed the time playing pool, cards or video games, reading, working out in the makeshift gym in the garage or just relaxing. While their preparation plans weren’t ideal, there were some advantages – no public functions, media appearances or other distractions.

So the team is in Beijing as ready as they could get and prepared to try to get Canada back on the podium. That won’t be easy against the likes of Niklas Edin, Sweden’s three-time reigning world champion and often a thorn in Canada’s side, current world No. 1 Bruce Mouat of Scotland, Switzerland’s Peter de Cruz, the 2018 bronze medallist, and the reigning Olympic champion John Shuster of the United States.

Since curling was introduced as a full medal sport at Nagano 1998, Canadian men had won a medal at every Games until PyeongChang 2018 when Kevin Koe lost the bronze medal game to de Cruz. Canada also hasn’t won a men’s world championship since Gushue won in 2017. Canada, skipped by Brendan Bottcher, didn’t even make the podium last year.

So while there is added pressure for Gushue and Jones to bring home a medal after John Morris and Rachel Homan did not advance to the mixed doubles playoffs, they will have to be at their best to get there.

“It’s going to be a really difficult field,” Gushue says. “There is so much quality around the world that we can go in and play well and still not come away with the gold medal. The quality is so much higher … so much deeper.

“So we know we’ve got a challenge ahead of us. But I do think if we play to our capabilities we’re going to be there at the end of the week … whether it’s gold, silver, bronze, we’ll see.”