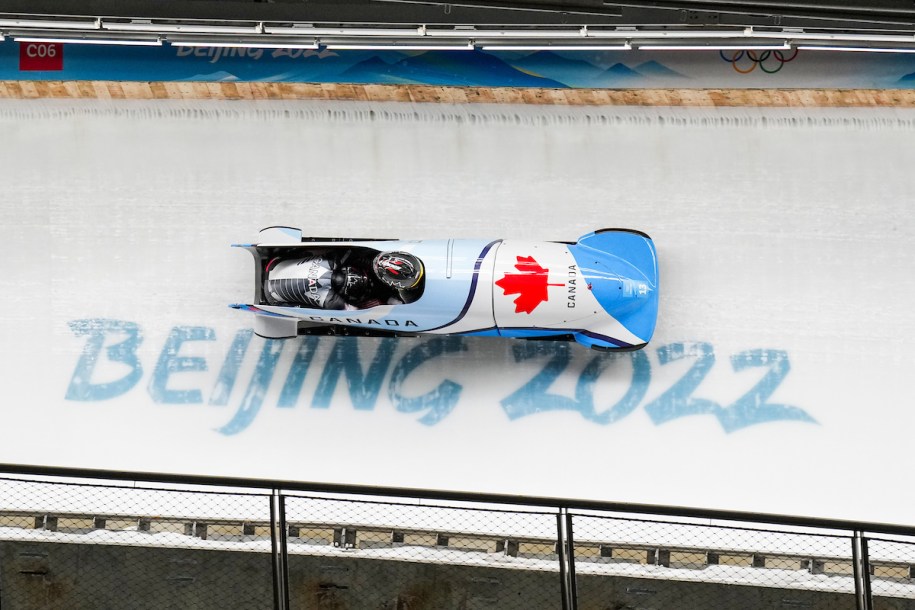 Led by the duo Christine de Bruin and Kristen Bujnowski, two Canadian sleds finished within the top eight of the two-woman bobsleigh event at Beijing 2022.

de Bruin and Bujnowski entered the final day just 0.42 back of a spot on the podium but couldn’t make up enough time in their third and fourth runs, placing them fifth overall with a total time of 4:06.37.

“I think we really put down four solid runs, four solid pushes” said de Bruin, who won bronze in the women’s monobob earlier in the Games. “It all just came down to we couldn’t gain.”

“I’m really, really proud of us and what we’ve done.”

The fifth-place finish is an improvement for de Bruin in the two-woman event from PyeongChang 2018 where she finished seventh. Bujnowski, taking part in her first Olympic Games, was happy to team up with de Bruin for Beijing.

Canada’s Cynthia Appiah and brakewoman Dawn Richardson Wilson, meanwhile, entered the day in eighth and would finish there with a total time of 4:07.52. It certainly could have been a much worse result given that the two had a crash near the end of their third run. Although clearly frustrated, both would be okay.

Appiah said the crash looked much worse than it actually was.

“I think I was more upset that the crash happened than anything,” she said. “I got a little bit of a shoulder bruise but, all things considered, it could have been worse and I’m glad that’s the worst of it.”

In their fourth and final run, Appiah had difficulty with one corner but this time recovered nicely to keep the sled on its tracks. Being able to quickly rebound from a rough result is part of the sport, she said.

“In this sport you really have to live in the moment, process the mistakes as quickly as possible and move on because you’ve got another run. I knew that, for Dawn, I couldn’t let her Olympic experience end on such a bad note and for myself as well. I knew that the fourth run was go big or go home.”

Both Appiah and Richardson Wilson were taking part in their first Olympic Games. Appiah was an alternate brakewoman four years ago in PyeongChang but made the move to pilot soon after.

The third Canadian sled in the two-woman event, featuring pilot Melissa Lotholz with brakewoman Sara Villani, finished 12th with a time of 4:08.37. The duo entered the final two heats in 16th position but had a good, clean day of sliding to move up the standings.