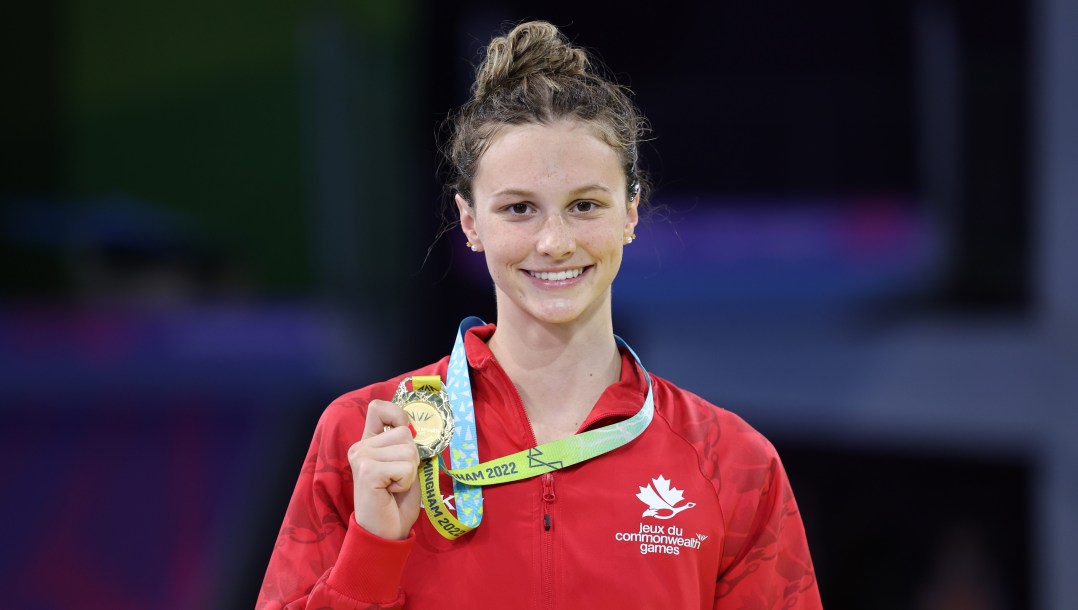 Canadian athletes showed up ready for action at the 2022 Commonwealth Games in Birmingham, England. Just four days into competition, Team Canada had a haul of six gold, 11 silver and 16 bronze medals.

Here’s a quick look back at the action-packed weekend:

After claiming three silver medals through the first three days of track cycling in the team sprint (with Lauriane Genest and Sarah Orban), individual sprint, and 500m time trial, Mitchell collected a bronze in the women’s keirin final on Monday.

A golden result came for Olympic champion swimmer Maggie Mac Neil on Saturday. She topped the women’s 100m butterfly podium, breaking the Commonwealth Games record with her time of 56.36 seconds.

Action at the 2022 Commonwealth Games will run through August 8 as 268 Canadian athletes compete in 18 sports and five para sports.

The trio of Michelle Plouffe, Katherine Plouffe, and Paige Crozon defeated the United States 21-17 to win their first FIBA 3×3 Women’s Series event of the year in Edmonton. Michelle Plouffe led the way with 13 points in that final game while her twin sister Katherine recorded nine rebounds in their hometown. Kacie Bosch was the fourth member of the team who helped them go 5-0 in the tournament but did not see action in the final.

Michelle Plouffe, who was named MVP of the event, led all scorers with 43 points overall. Team Canada, who was seeded third, had finished Friday’s group play with a perfect 3-0 record, earning them a bye into Saturday’s semifinals. The semifinal was a close match as Canada came away with the 21-20 victory over Force 10.

Taylor Pendrith had a career best result on the PGA Tour as he finished tied for second at the Rocket Mortgage Classic in Detroit. Pendrith ended with a final round score of even par to put him in a three-way tie at 21-under for the tournament. American Tony Finau finished at 26-under for the victory.

On Sunday, Pendrith made a bounce-back birdie on the par-5 17th hole to get back to even par for the round. On Saturday, Pendrith birdied four of the last five holes in a 6-under par 66 to head into the final round tied for the lead alongside Finau.

The PGA Tour will close out the regular season at the Wyndham Championship, with the North Carolina event opening on Thursday.

On the LPGA Tour, Maude-Aimee Leblanc finished in a tie for eighth at the Women’s Scottish Open

Multiple Canadian medals at Under-23 Worlds

Some of the next gen of Canadian athletes made their mark on the world stage. At the 2022 World Rowing U23 Championships, Canada won two medals — silver by Grace VandenBroek and Elisa Bolinger in the women’s double sculls and bronze by Stephen Harris in the lightweight men’s single sculls.

Meanwhile at the UCI BMX World Championships, Molly Simpson won bronze in the women’s U23 race while her teammate Teigen Pascual finished fifth.