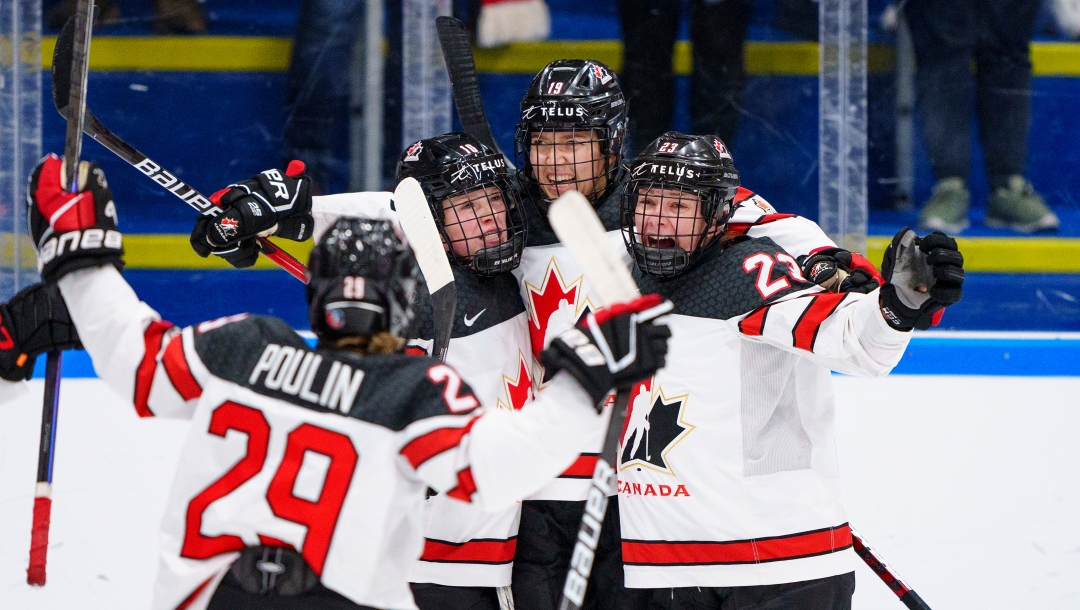 Team Canada has won gold at the 2022 IIHF Women’s World Championship in Denmark.

Canada entered the tournament as the defending gold medalists after defeating the United States in last year’s championship game in Calgary. The Canadians also defeated the Americans in the gold medal game at Beijing 2022.

Sunday’s match was the latest chapter of the storied rivalry between Canada and the United States. This was the 20th time in 21 women’s world championships that the two teams battled in the gold medal game.

Canada had a strong defensive showing in the opening period, giving up just two shots to the powerful American offense. Despite the limited chances, the United States nearly opened the scoring with just over three minutes remaining in the first when Alex Carpenter ripped a shot off the crossbar.

The Canadians were awarded two power play opportunities in the first period but were unable to score on either.

Play started to open up as the second period moved along. At 9:30, Marie-Philip Poulin flipped the puck into the offensive zone where Jenner scooped it up. The veteran forward fired a shot from the circle that fooled American goaltender Nicole Hensley to give Canada a 1-0 advantage.

Jenner scored again at 10:54 to make it 2-0. On a power play, Jenner ripped a shot from the circle that beat Hensley over the glove, quickly doubling Canada’s lead.

The United States scored a late goal to make it 2-1 after two. On a power play, Amanda Kessel sent a cross crease pass to Abby Roque who had an open net to get the Americans on the board with 21 seconds remaining in the period.

After recording just nine shots in the first two periods, the American offense began to press in the third. At 8:34, Hilary Knight was unable to convert on a loose puck in front but did draw a tripping penalty. On the power play, Roque had a couple of great chances to net the equalizer but couldn’t.

The Americans continued to press in the offensive zone throughout the third and pulled their goaltender with 2:39 remaining. Despite some strong pressure, the United States could not beat Desbiens. In the dying seconds, Caroline Harvey had a great chance but had her shot blocked by Poulin.

Canada advanced to the playoff round of this year’s women’s world championship following a 3-1 record in preliminary play. The team’s lone loss was a 5-2 defeat to the United States. Canada went on to beat Sweden 3-0 in the quarterfinals and then earned a spot in the gold medal match with an 8-1 victory over Switzerland in the semifinals.

Earlier on Sunday, Czechia defeated Switzerland 4-2 in the bronze medal game. It’s the first medal for Czechia at a women’s worlds.