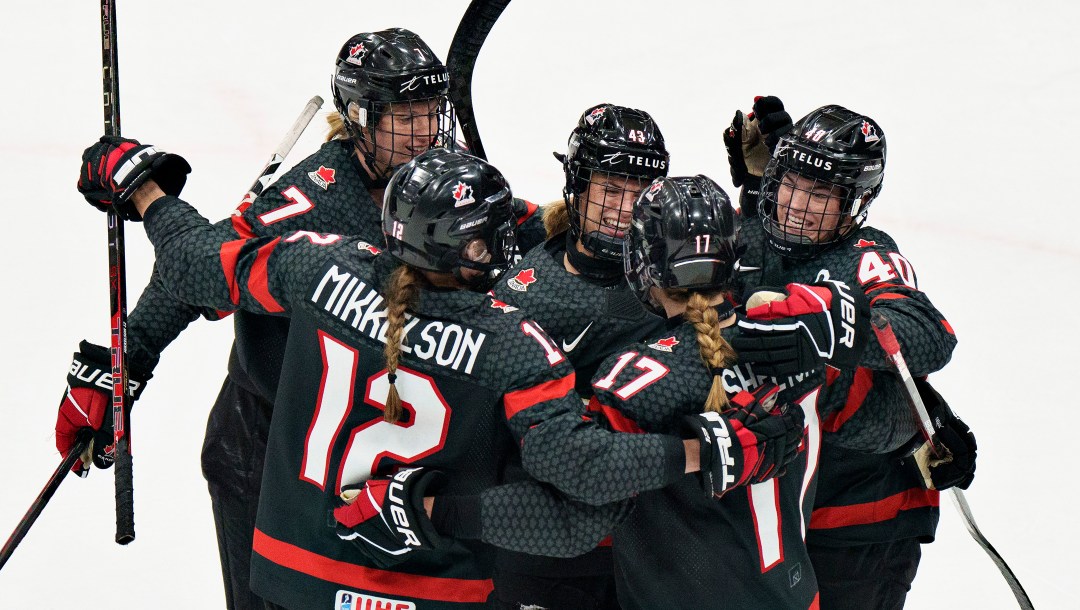 Team Canada will play the United States for gold on Sunday at the 2022 IIHF Women’s World Championship in Denmark.

Canada and the United States met in the gold medal game at Beijing 2022 and last year’s women’s world championship in Calgary. The Canadians won both of those contests – but the Americans won the most recent meeting, earning a 5-2 victory in the preliminary round.

O’Neill opened the scoring at 13:37 of the first period. Ella Shelton fired a shot towards the net from the sideboards, allowing O’Neill to tip the puck past Swiss netminder Saskia Maurer and make it 1-0 in favour of the Canadians.

Just 10 seconds after O’Neill’s goal, Emma Maltais was behind the net and sent a perfect pass to Eldridge in front, quickly giving Canada a 2-0 lead.

Three minutes into the second period, Jenner scored her first of the tournament to make it 3-0 Canada. Jocelyne Larocque performed a wraparound and then the puck came out to Jenner who beat Maurer high.

Canada grabbed a 4-0 advantage at 7:32 when Fillier put in the rebound of Clark’s initial chance.

Midway through the period, the Canadians got into some penalty trouble, giving Switzerland a five-on-three power play for nearly 90 seconds. At 12:31, Lara Christen finished off a nice passing play, depositing the puck into an open net to get the Swiss on the board. Despite the lengthy five-on-three, Switzerland was outshot 17-3 by Canada in the middle frame.

Poulin put Canada up 5-1 just 1:17 into the third. Renata Fast fed Sarah Potomak who sent a perfectly placed pass to Poulin, allowing the Canadian captain to redirect the puck past the Swiss goaltender.

Canada’s struggling power play went back to work at 1:54 and converted at 3:39. Fillier’s first shot was stopped by Maurer but Nurse put in the rebound, giving Canada a commanding 6-1 advantage. Soon after at 5:14, Poulin jammed the puck under Maurer and in, making it 7-1.

Clark gave Canada an 8-1 lead at 14:13, coming out from behind the net and beating Maurer low on the far side. Fillier picked up her third point of the contest by assisting on the goal.

This was Canada’s second win over Switzerland at this year’s women’s world championship following a 4-1 victory in preliminary play. Canada advanced to the playoff round following a 3-1 record in the preliminary round and earned a semifinal spot after a 3-0 win over Sweden in the quarterfinals.