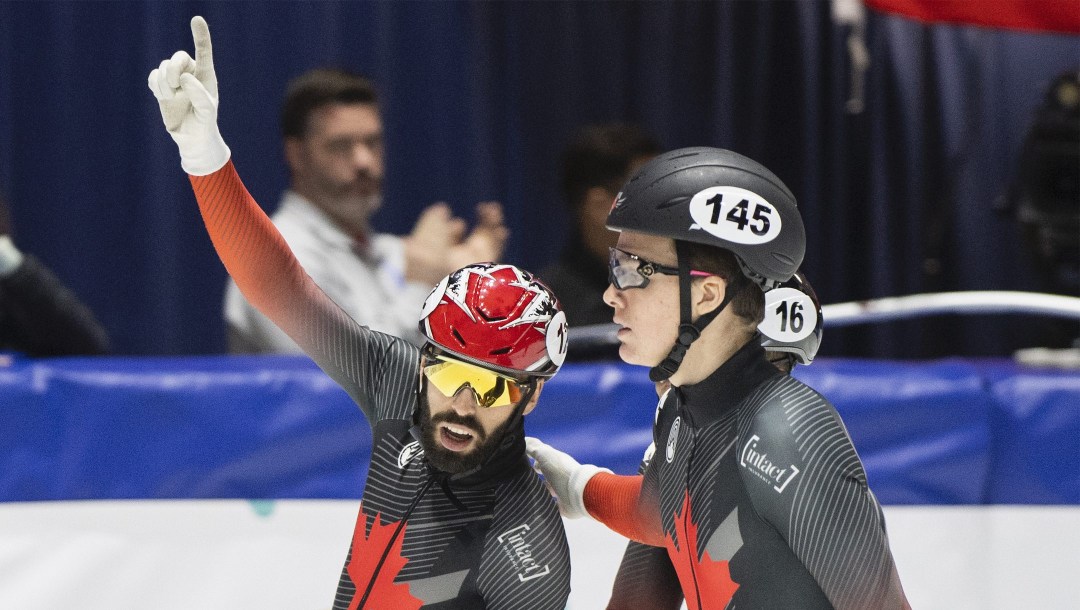 Team Canada’s medal haul increased by four on the final day of the ISU Short Track Speed Skating World Cup at the Maurice-Richard Arena in Montreal.

After grabbing a silver medal in the 1500m final on Saturday, Steven Dubois landed on the podium again on Sunday. He won gold in the men’s 500m A final after posted a time of 40.345 seconds on home soil.

In the women’s 500m A final, Danaé Blais finished just off the podium in fourth.

On the women’s side, Canada finished with silver in the women’s 3000m relay A final. The team of Danaé Blais, Kim Boutin, Rikki Doak and Renee Marie Steenge posted a time of 4 minutes and 9.493 seconds. The Netherlands secured gold with a time of 4:09.217 and Italy bronze in 4:09.623.