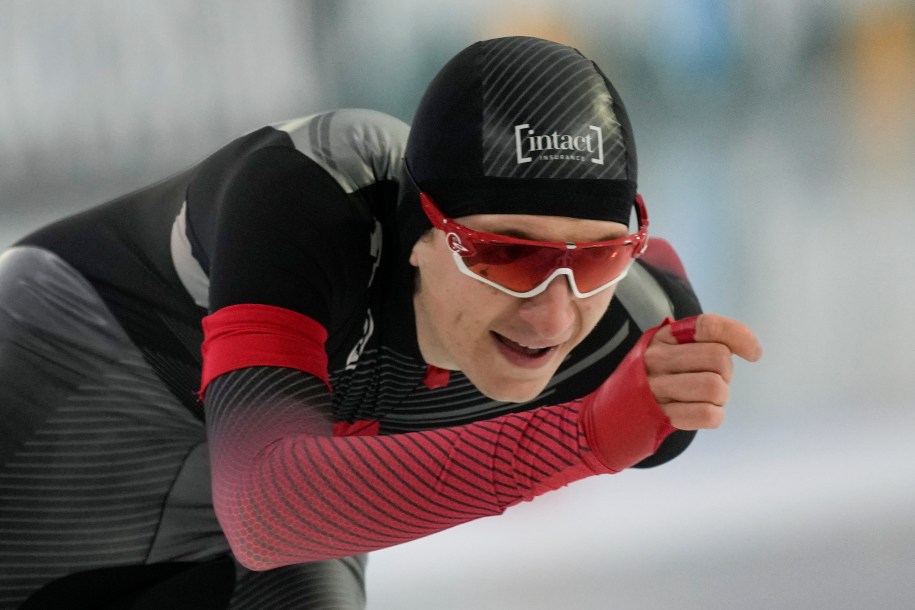 After skating to gold, silver and bronze on Friday and Saturday, Team Canada added two more medals on Sunday to conclude the second stop of the ISU World Cup Speed Skating circuit in Heerenveen, Netherlands.

Connor Howe started the World Cup season in Stavanger with a 1500m silver medal. In Heerenveen, he upgraded that result to win the men’s 1500m gold medal on Sunday. He skated a time of 1 minute 43.38 seconds to take the title and beat out Kjeld Nuis of the Netherlands by 0.26 seconds.

A second skater from the Netherlands, Thomas Krol (1:43.83) joined them on the podium with bronze.

On the women’s side, Isabelle Weidemann wins the silver medal in the 3000m final. She finished 3.66 seconds behind Irene Schouten of the Netherlands who set a track record with a time of 3:54.04. Norway’s Ragne Wiklund (3:58.31) completed the podium.

Fellow Canadian Ivanie Blondin finished in fifth position and a time of 3:59.82. Keep reading to hear about the two medals she captured earlier this weekend.

The reigning 500m World Cup champion got his first gold of the 2022-23 season on Saturday at the ISU World Cup in Heerenveen, Netherlands. Dubreuil started the season off with a silver last week, but on Saturday he beat out Japan’s Wataru Morishige by 0.11 seconds to claim gold. Dutch skater Merijn Scheperkamp rounded out the podium with bronze in front of his home fans.

Ivanie Blondin meanwhile is already racking up an impressive medal collection even though the World Cup season is just in its second week. Alongside Brooklyn McDougall and Carolina Hiller, Canada claimed silver in the women’s team sprint.

The group ran the second-fastest final gap to narrowly close the gap between themselves and the American team that captured bronze. With an overall time of 1:27.45, they finished just 0.27 seconds ahead the U.S., and 0.88 seconds behind the Netherlands.

For Blondin, it’s her second medal in as many days after winning a bronze in Friday’s mass start, and third of the World Cup season. She also finished fifth in the 1500m race on Saturday.

Ivanie Blondin took third place in the women’s mass start event Friday on the first day of the World Cup in Heerenveen, Netherlands.

The Canadian completed 16 laps of the 400m oval in 8 minutes 48.57 seconds. She was overtaken at the finish line by only 0.02 seconds by Marijke Groenewoud from the Netherlands. Irene Schouten won gold with an impressive lead of 18.21 seconds.

READ: Blondin and Dubreuil are back on the podium at the Long Track Speed Skating World Cup in Stavanger

Last Sunday, at the first World Cup of the season in Stavanger, Norway, Blondin won the gold medal in the mass start and also earned the highest step of the podium in the women’s team pursuit event alongside her teammates Valérie Maltais and Isabelle Weidemann.

Silver medallist at Beijing 2022, Blondin was also second in the 2021-2022 World Cup standings at this event.

In the men’s mass start, Connor Howe , bronze medallist in the 1500m last weekend, finished fifth in the event 0.27 seconds out from the bronze medal.

The Long Track Speed ​​Skating World Cup will continue on Saturday and Sunday in Heerenveen. Canadian skaters will then have the chance to skate in front of Canadian fans at the third World Cup of the season which will take place in Calgary from December 9-11. 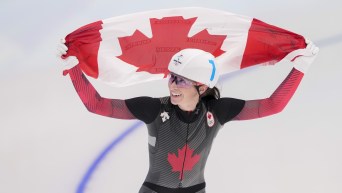