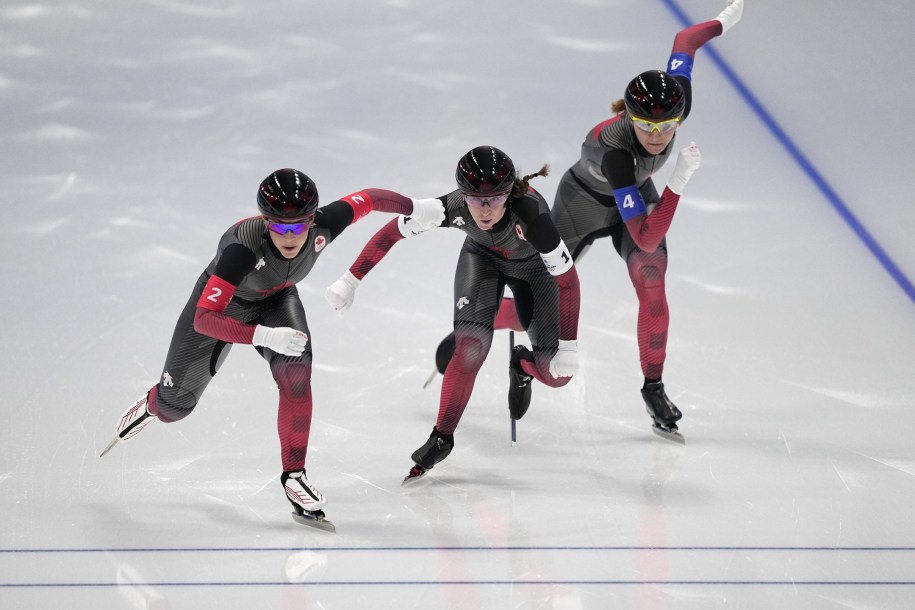 After medals from Connor Howe and Isabelle Weidemann on Friday, Laurent Dubreuil added to the total with a silver in the 500m, and the women’s team pursuit skated to gold in the first long track World Cup event of the season.

The team of Ivanie Blondin, Valérie Maltais, and Isabelle Weidemann are just nine months removed from skating to Olympic gold in Beijing, but they picked up where they left off in the women’s team pursuit.

READ: Taking it one step at a time, Canada skates to Olympic team pursuit gold

For Dubreuil, he comes into the season as the defending champion in the 500m discipline after finishing the 2021-22 season first in points.

In other results from Saturday, Ivanie Blondin nearly added a second medal of the day after finishing fourth in the women’s 1500m.

The action concludes tomorrow with the men’s and women’s 1000m races, and mass start events.