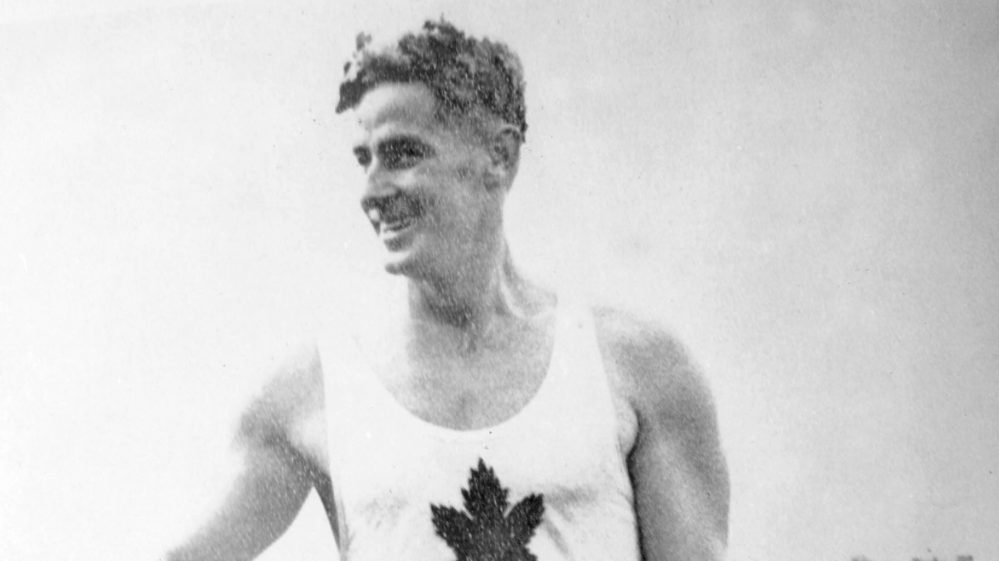 Frank Amyot made his sole Olympic appearance at Berlin 1936 where he captured Canada’s only gold medal of those Games in a boat style he had never paddled in. Having only ever seen the Canadian canoe in blueprints, Amyot, a veteran kayaker, had not physically been in a men’s C-1 boat until setting foot in Germany for the Games. In the C-1 1000m final, Amyot lost an early lead to Bohuslav Karlik of Czechoslovakia, but maintained his smooth stroking style and blew past Karlik with 50 metres to go, capturing the gold medal by 4.8 seconds. This was Canada’s last Olympic gold in a summer sport until Helsinki 1952 when George Genereux won the men’s trap shooting. Amyot also competed in the men’s K-1 1000m in 1936, but was eliminated in the heats. Despite being named captain, coach and the manager of the Canadian Olympic delegation in 1936, Amyot had to successfully raise his own funds in order to compete in Berlin, with a campaign called “The Frank Amyot Olympic Fund.”

Enroute to his Olympic gold medal in 1936, Amyot had previously captured six senior national titles between 1924 and 1935. A large man standing over six feet tall, Amyot required to have his own boats and paddles custom-built to accommodate his size and long, powerful stroke.

Amyot retired from competition after the 1936 Games, but due to his own Olympic experience regarding funding, he remained focused on working with the Canadian Canoe Association to ensure Olympic athletes had appropriate financial backing to attend future Games. He was a member of the Britannia Yacht Club (who honoured him in 2012 by displaying all his trophies) and the Rideau Canoe Club, where he was a longtime organizer.

Amyot, whose father Dr. John A. Amyot, was Canada’s first federal Deputy Minister of Health from 1919 to 1932, was not only an Olympic hero, he was a hero in life. In June 1933, he saved two members of the Ottawa Rough Riders football team from drowning in Lake Deschenes, after their canoe overturned.

Serving in the Royal Canadian Navy during World War II, Amyot reached the rank of Lieutenant Commander. Until his death in 1962 when he was only 58 years of age, he had a career with the Canadian government in the Department of Veterans’ Affairs.

Two-time Olympic medalist Larry Cain was the first Canadian to win an Olympic canoeing title since Berlin 1936, when he…