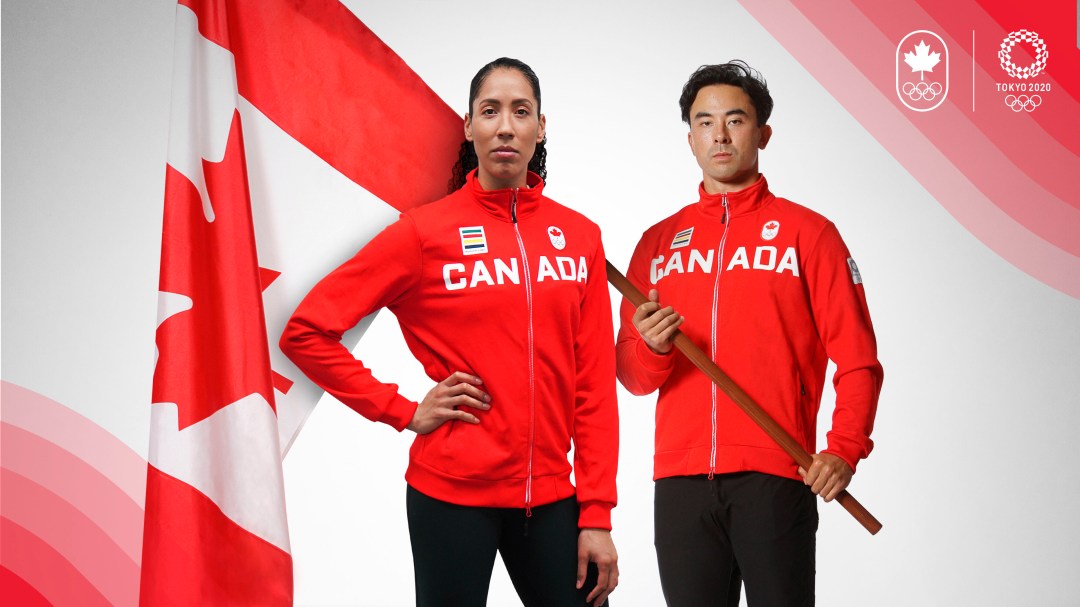 Miranda Ayim, set to make to her third straight Olympic appearance in women’s basketball, and Nathan Hirayama, the co-captain of the men’s rugby team making his Olympic debut, have been named as Team Canada’s flag bearers for the Opening Ceremony taking place on July 23.

“I was absolutely floored and immediately humbled,” Ayim said of her selection, which she found out about in the most pandemic-era way — via Zoom.

“Mid conversation my Zoom froze and it came back and they’re just looking at me and I’m sitting there saying nothing. They’d clearly said something and obviously I didn’t get what was said so I actually left the meeting and signed back on,” Hirayama recalled. “They said it to me, my initial reaction was a lot of confusion and denial at the beginning, I just didn’t really fathom what was happening. But it’s just a massive honour and something that’s pretty special.”

Canada was a little ahead of that curve, with ice dancers Tessa Virtue and Scott Moir becoming the first duo to share the honour of carrying the maple leaf at an Olympic Opening Ceremony at PyeongChang 2018. But this will be the first time that two athletes from different sports will lead Team Canada together. And it is the first time that a team sport athlete will be Canada’s Opening Ceremony flag bearer at the Olympic Summer Games.

“It’s wonderful to be able to share this moment with Nate,” said Ayim. “It’s the perfect representation of what this past year and a half required of Canadians everywhere: togetherness, camaraderie, and sacrifice – true team spirit.”

“I understand how big of a privilege and honour it is to do this,” said Hirayama. “It’s something I’ve never even dreamt of doing and to do it with Miranda is a really special thing. I’ve gotten to know her via text the last week and a half or so and just looking her up and seeing her career and all the things she’s done, it’s pretty special to do it with her.”

As much as things may be different for these Games, with all the mask wearing and frequent COVID-19 testing and especially no spectators in the stands, some things about the Opening Ceremony never change.

“I think that feeling of holding the flag will be the same,” said Ayim.

“It’s the start of the Olympic Games, especially a Games that over the last couple of years we weren’t sure if they were going to happen or not so it will just be a huge moment when the Games start for all the athletes involved,” added Hirayama.

Each has gotten to this moment after years of dedication to their chosen sport.

Ayim, who announced in March that she would be retiring after competing in Tokyo, says she “couldn’t dream up a better ending” to her career that includes a gold medal at the 2015 Pan American Games in Toronto and two appearances at the FIBA World Cup.

“I’ve had the honour of wearing the maple leaf with pride for the past decade, but this is the perfect ‘clap de fin’ as we say in French.”

Once the Opening Ceremony is over, the business really begins. Ayim and her basketball teammates will see their first action against Serbia in the evening of Monday July 26.

“I don’t look past that,” said Ayim. “We have big ambitions for the tournament, but we can’t let out gaze rest on that. Our most immediate goal is what’s in front of us.”

Canada comes into Tokyo 2020 ranked fourth in the world, a much different scenario than Ayim’s first Olympic experience at London 2012, for which the qualification on Canada Day remains her fondest Olympic memory.

“It went down to the wire and was never guaranteed,” she recalled. “There’s something special about winning as an underdog and winning with a team that fights with grit and dedication.”

Hirayama and his teammates will step onto an Olympic pitch for the first time on Monday morning against Great Britain. He’s been part of Canada’s national team since he was just 18 and is now the country’s all-time leading scorer (and third in the world) in the World Rugby Sevens Series. He’s also a three-time medallist at the Pan Am Games and has played in three Rugby World Cup Sevens.

“Now that I’m an older player on the team, an experienced player I like to say, definitely I have a different perspective than if it was happening to me when I was 10 years younger, especially having not been successful in our qualification five years ago it makes this really special,” said Hirayama. “Me and the guys have talked about there’s so many players that deserve to be here, guys who laid the foundation for us and worked so hard for this team for so many years so to get to go there and do this with this team and represent all those players is a really special thing.”

“I’ve continued playing basketball for so long because I love playing for something greater than myself. This honour is a representation of all the individuals who came before me and built basketball in Canada to what it is today without any recognition or status. This is for team sports who have the wonderful task of balancing athletic prowess with teamwork, sacrifice, and loyalty. To be able to represent the whole of Team Canada in this role is an incredible honour.” 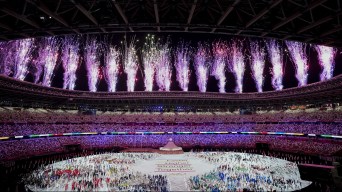