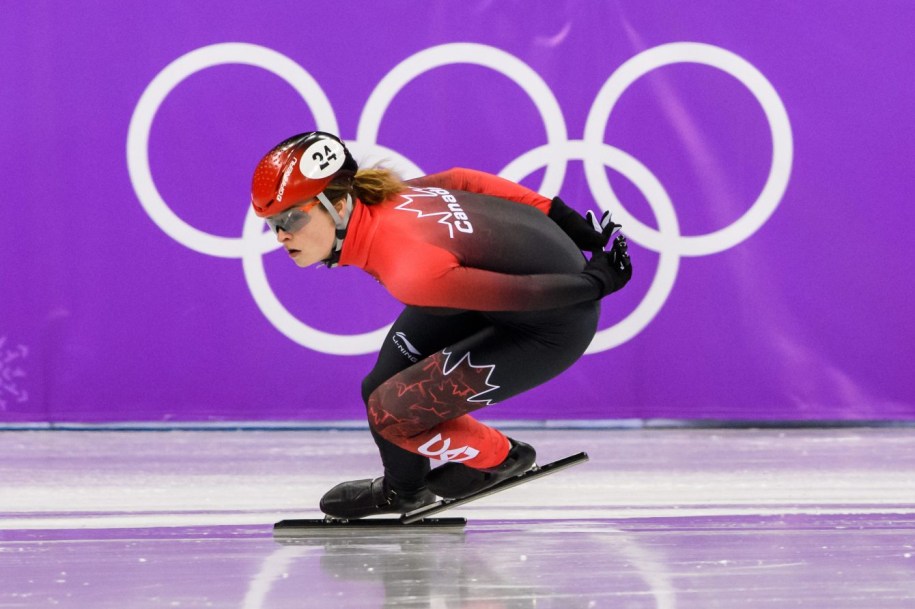 Canada is among the most successful countries ever in the three skating sports at the Olympic Winter Games.

As we head into the Olympic season, here is a quick look at what you need to know while cheering on Team Canada during the last few months on the road to Beijing 2022.

At the 2021 ISU World Championships in March, the results achieved by Canadian figure skaters ensured the country would have three ice dance couples, two pairs, one man and one woman at Beijing 2022. Canada was also eligible to go after a second men’s spot and successfully claimed that at the final qualification event, the Nebelhorn Trophy, in late September. Who will fill those spots will be determined after the Canadian championships in January.

Canada will also be part of the team event at Beijing 2022. The ISU will not confirm the 10 qualified countries until after the Grand Prix Final in December, however, only 10 countries have met the criteria of having skaters qualified in at least three of the four individual events.

After not participating in a live competition since February 2020 because of the COVID-19 pandemic, ice dancers Piper Gilles and Paul Poirier had a performance to remember at the 2021 World Championships. They won bronze for Canada’s only medal of the competition and stood on the world podium for the first time in their careers.

Other highlights from the worlds included sixth-place finishes by Keegan Messing in the men’s event and Kirsten Moore-Towers and Michael Marinaro in the pairs event. The last time Moore-Towers and Marinaro competed in Grand Prix events in the fall of 2019, they won two silver medals and qualified for their first Grand Prix Final.

It was Messing’s performance that gave Canada the opportunity to earn a second men’s Olympic spot, but it was 2020 Canadian champion Roman Sadovsky who delivered under pressure at Nebelhorn Trophy to secure the spot for the country. Two-time national Nam Nguyen is also looking to challenge for his first Olympic team.

In the women’s event, Madeline Schizas had a nice worlds debut in her first major senior international event, breaking into the top-10 after the short program before finishing 13th overall.

There was some big off-season news when Eric Radford and Vanessa James announced they were coming out of retirement to form a new pairs partnership. Radford won team gold and pairs bronze with Meagan Duhamel at PyeongChang 2018 after being a two-time world champion. Born in Scarborough, Ontario, James won a world bronze medal in 2018 and a European title in 2019 while representing France with her former partner. Certainly not to be forgotten in the conversation about Canada’s two Olympic pairs spots are Evelyn Walsh and Trennt Michaud who finished 12th at the 2021 worlds.

Danish-born ice dancer Nikolaj Sørensen, who finished eighth for Canada at the 2021 Worlds with partner Laurence Fournier Beaudry, has received his Canadian citizenship, making the duo eligible for Olympic competition. Canada continues to have great depth in ice dance, which also includes Marjorie Lajoie and Zachary Lagha who were world junior champions in 2019 and made their senior worlds debut in 2021.

The six-stop ISU Grand Prix Series will begin October 22-24 with Skate America in Las Vegas. That is followed the next weekend (October 29-31) by Skate Canada International in Vancouver. That event will have the most Canadians entered – three in each discipline.

The four weekends in November will see the series travel to Turin, Italy (November 5-7), Tokyo, Japan (November 12-14), Grenoble, France (November 19-21), and Sochi, Russia (November 26-28). Skaters can be entered in a maximum of two events and at the end of the series, the top six skaters/teams in each discipline will compete at the ISU Grand Prix Final in Osaka, Japan, taking place December 9-12. You can see which skaters are entered in which Grand Prix event here.

The Canadian Tire National Skating Championships, taking place January 6-13 in Ottawa, will be the final event taken into consideration for selecting the Olympic team.

Results from the four ISU World Cup stops in October and November will determine the Special Olympic Qualification Classifications, which will then be used to decide the number of entries per country per event at Beijing 2022.

READ: How Team Canada will qualify athletes for Beijing 2022

There are six women and six men still in contention to make the Olympic team, which could have up to five skaters per gender if Canada can max out on earning quota spots during the World Cup events.

Leading the way for the women is Kim Boutin, who memorably won three medals in her Olympic debut at PyeongChang 2018 and was recently crowned Canadian champion. In the last full World Cup season in 2019-20, she finished first overall in the 500m standings after winning five gold medals in the distance. She stood on the 1000m and 1500m podiums at the 2019 World Championships, the last time she competed there.

In Boutin’s absence, Courtney Sarault was the star of the 2021 World Championships, winning 1500m silver and 1000m bronze. After winning two medals at the 2020 Youth Olympic Games, Florence Brunelle is ready to show her stuff against senior competition. Rounding out the World Cup squad are Alyson Charles, Danaé Blais and Camille De Serres-Rainville.

Five-time Olympic medallist Charles Hamelin was named to the World Cup team after having to withdraw from the national championships because of a concussion. He may now be a 37-year-old father but he’s still one of the best in the world. In 2021 he won the world title in the 1500m – his 12th gold and 30th medal all-time in Olympic events at the world championships.

The reigning national champion is Steven Dubois who is heading into his third full World Cup season, looking to add to his seven career individual medals. Pascal Dion, who won 5000m relay bronze at PyeongChang 2018, is back on the World Cup team along with newcomers Jordan Pierre Gilles, Maxime Laoun, and William Dandjinou.

The World Cup season will kick off October 21-24 in Beijing before moving to Nagoya, Japan for the following weekend (October 28-31). After a brief break, the circuit heads to Europe for stops in Debrecen, Hungary (November 18-21) and Dordrecht, Netherlands (November 25-28).

Results from the four ISU World Cup stops in November and December will determine the Special Olympic Qualification Classifications, which will then be used to decide the number of entries per country per event at Beijing 2022.

Sprinter Laurent Dubreuil has been steadily improving his consistency. In 2021, he became Canada’s first world champion in the 500m in 13 years. He also won his second straight world bronze in the 1000m.

Ivanie Blondin was also a double medallist at the 2021 Worlds, including a mass start silver for her fifth career world medal in the event. She had won her second world title in 2020. Blondin teamed with Valérie Maltais and Isabelle Weidemann to win team pursuit silver in 2021 after a bronze in 2020. Weidemann placed fourth in the 5000m and fifth in the 3000m at the 2021 Worlds.

Canada also claimed silver in the men’s team pursuit in 2021 thanks to the efforts of Jordan Belchos, Ted-Jan Bloemen and Connor Howe.

Bloemen memorably won 10,000m gold and 5000m silver at PyeongChang 2018, which he followed up with 5000m gold and 10,000m silver at the 2020 World Single Distances Championships. At those worlds, he shared the podium with teammate Graeme Fish, who set the world record in winning 10,000m gold and added a 5000m bronze. Canada put two men on the podium in the mass start at the 2020 Worlds, with Belchos taking silver and Antoine Gélinas-Beaulieu capturing bronze.

The first World Cup event will take place November 12-14 in Tomaszow Mazowiecki, Poland before the circuit heads to Stavanger, Norway for November 19-21. After a brief break, skaters will come across the Atlantic for two North American stops, first in Salt Lake City, Utah from December 3 to 5, before international Olympic qualification concludes in Calgary, December 10-12.

An Olympic Skate Off is scheduled for December 27-31 in Quebec City where a new indoor oval just opened this summer. That will be the last opportunity for Canadian speed skaters to earn one of the allocated quota spots for themselves.