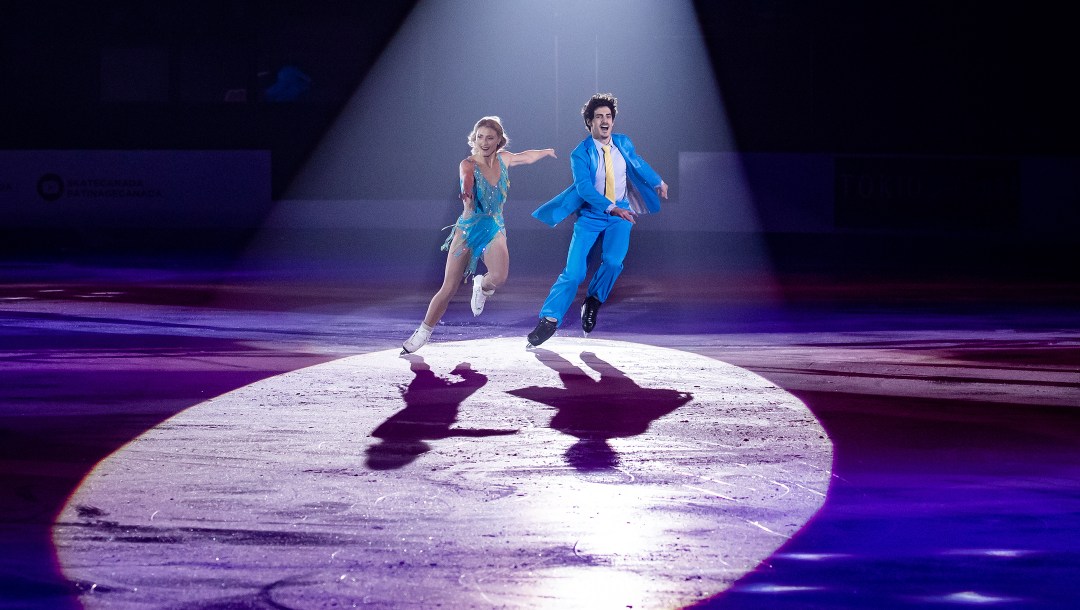 The countdown to Beijing 2022 is on with less than 100 days to go, and Team Canada winter athletes are showing that they are in tip-top shape heading into the Olympic season. See what podiums Canadian athletes landed on this weekend:

Piper Gilles and Paul Poirier stole the show in the ice dance event at Skate International Canada in Vancouver, B.C. on Saturday. They set a personal-best score in the rhythm dance, and were dominant in the free skate en route to the gold.

Eric Radford and Vanessa James had the next best finish, fourth in the pairs competition. Keegan Messing ended the weekend in fifth place in the men’s event.

The men’s short track relay is golden in Nagoya 🥇

Also winning gold on the ice was the men’s relay team of Charles Hamelin, Pascal Dion, Jordan Pierre-Gilles and Steven Dubois in the 5000m event. The team came from behind to capture gold in at the ISU Short Track World Cup. Dion also added a bronze in the men’s 1000m—his second straight bronze medal in the event.

READ: FAQ: What is the Billie Jean King Cup?

The Billie Jean King Cup Finals began on Monday at the O2 Arena in Prague, Czech Republic. Team Canada is in Group A with France and the Russian Tennis Federation.

To begin the tournament, Canada faced France for their first tie. In the first rubber, Françoise Abanda took on Fiona Ferro. Abanda came back from losing the first set 6-4 to win the next two sets and the rubber. The Montreal-native has won her past five matches of Billie Jean King Cup play.

Next up, Rebecca Marino played Alize Cornet in the second rubber, putting in a strong effort but falling in two straight sets of 6-4, 7-5 (6). With Canada and France tied 1-1, the doubles match would be the deciding match in who would win the tie.

Gaby Dabrowkski and Marino teamed up to take on Clara Burel and Cornet. The Canadian pair won the first set 6-3, and held off Burel and Cornet to win the second set 7-6 (6).

Team Canada will take on the Russian Tennis Federation on Tuesday. See the full schedule here.

The Women’s National Team Celebration Tour continued with a stop in Montreal on Tuesday. They recorded their second straight win against New Zealand, winning a friendly 1-0 in front of a raucous crowd. Adriana Leon scored the lone goal of the match. The win brought Team Canada’s unbeaten streak to 12 matches.

The Tour has incorporated some fun off the field as well. During the team’s stop in Ottawa, goalkeeper Stephanie Labbé met former Minister of National Defence Harjit Sajjan.

The next stops of the Celebration Tour have not been announced yet.

Team Canada and lululemon unveiled the team kit for Beijing 2022 on Tuesday. This winter will be the first Olympic Games that lululemon is outfitting Team Canada. The world got the first look at what our athletes will be wearing when they represent Canada on the biggest stage in winter sport.