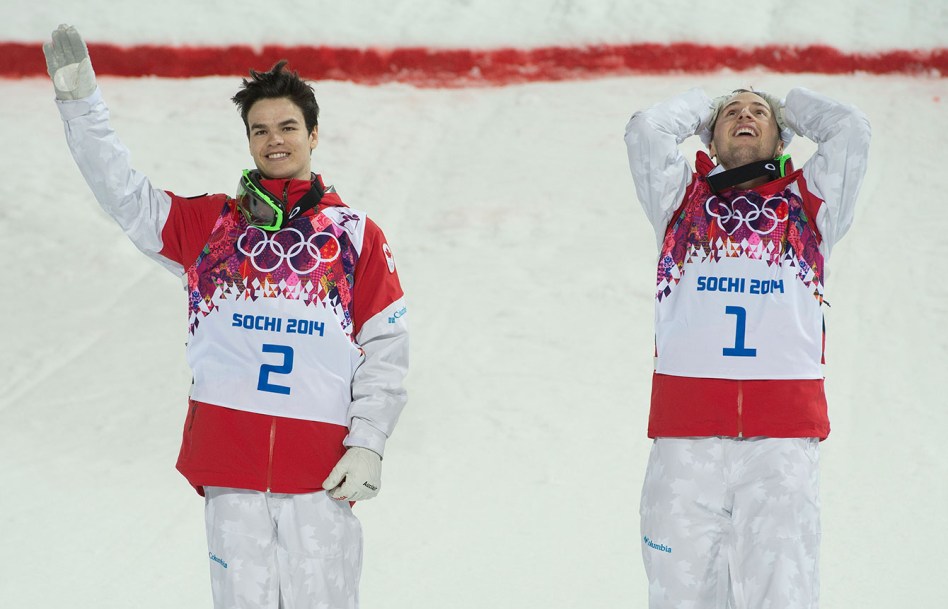 Cross-country skiing was included at the first Olympic Winter Games at Chamonix 1924. Alpine skiing followed at Garmisch-Partenkirchen 1936. But what about freestyle skiing?

It wasn’t until 52 years later that freestyle skiing was included as a demonstration at Calgary 1988. Four years later, moguls was the first freestyle discipline to be an official Olympic event at Albertville 1992.

Read on as we highlight some of Team Canada’s great Olympic moments in moguls:

The year after he made his Olympic debut, Jean-Luc Brassard was crowned men’s moguls world champion in 1993. That made him a skier to watch at Lillehammer 1994. He topped the field in qualifying and did it again in the final, memorably performing his trademark cossack jump, as he defeated the defending champion Edgar Grospiron of France and others to win Canada’s first Olympic gold in freestyle skiing.

After a fourth place finish at Salt Lake City 2002, Jennifer Heil was determined to reach the podium at Turin 2006. Coming in as the overall World Cup leader, Heil easily won the qualifying round, setting her up to be last down the hill in the final. Heil completed a 360-degree rotation and a back flip to give her a score of 26.50 points – 0.85 points more than her closest competitor – earning her the gold medal and the title of Olympic champion.

After missing the 2007-08 season due to injury, the Canadian returned to finish second overall in the 2008-09 World Cup season. Heil went to Vancouver 2010 with hopes of defending her Olympic title. She ended up winning the silver behind American Hannah Kearney for Canada’s first medal of the home Games.

Alex Bilodeau won the Crystal Globe as the overall World Cup champion in 2008-09, setting himself up as a top medal contender for Vancouver 2010. Second in qualifying, he would be second last to race in the final. His tight turns, awesome airs, and speed down the course combined to give him the gold medal, making him Canada’s first ever Olympic champion on home soil. And who could forget his celebration with older brother Frédéric?

Despite being the reigning Olympic champion, Bilodeau was not the favourite to win gold at Sochi 2014. Rather, the man to watch was another Canadian: Mikaël Kingsbury, who was en route to a third straight Crystal Globe as the overall World Cup champion. In the first of three final rounds, Bilodeau was back in eighth place, but was among the 12 to move on. In the second final, Bilodeau ranked third behind the leader, Kingsbury, and another Canadian Marc-Antoine Gagnon. That got them all into the six-man super final.

With the medals on the line, Bilodeau did what he needed to reclaim his crown, while his young teammate Kingsbury took the silver and Gagnon placed just off the podium in fourth. Once again a family celebration ensued, including his greatest inspiration, Frédéric.

Canadian double for the Dufour-Lapointe sisters

Before Sochi 2014, there were a lot of headlines written about Canada’s trio of moguls skiing sisters, the Dufour-Lapointes. All three made it to the second final, where the eldest, Maxime was eliminated, while Chloé and Justine ranked second and third, respectively, behind the reigning Olympic champion, American Hannah Kearney.

In the super final, the two sisters occupied the top two spots on the podium as Kearney prepared for the final run of the competition. The American was unable to top the Canadian duo as the youngest of three Dufour-Lapointe sisters, Justine, won gold as Chloé won silver. They were just the third set of sisters to ever finish 1-2 in the same Winter Olympic event.

At PyeongChang 2018, Justine once again stepped onto the podium with a silver medal.

After his silver medal at Sochi 2014, Mikaël Kingsbury became practically unbeatable. In 2016, he became the first skier to perform a particularly difficult jump in competition: the 1440. During the 2017-18 season, his dominance was unparalleled and the Olympic gold medal was the only thing missing from his collection.

After the second final, Kingsbury was second behind Japan’s Daichi Hara, but the Canadian saved his best run for the super final. Kingsbury accomplished his goal of becoming Olympic champion with a score that left him more than four points clear of his closest competitor.

Since PyeongChang 2018, Kingsbury has been called the G.O.A.T (Greatest Of All Time) thanks to his exploits. With his 18 Crystal Globes (9 for moguls, 9 for all of freestyle skiing) he remains the moguls skier that all others aim to defeat. 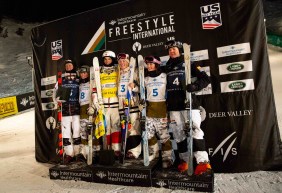 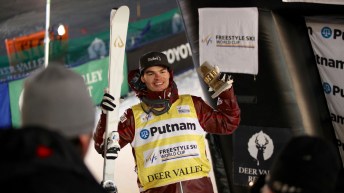 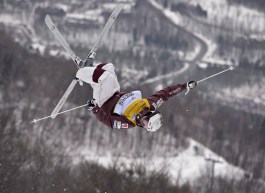 Get some air with Team Canada’s aerials and moguls skiers