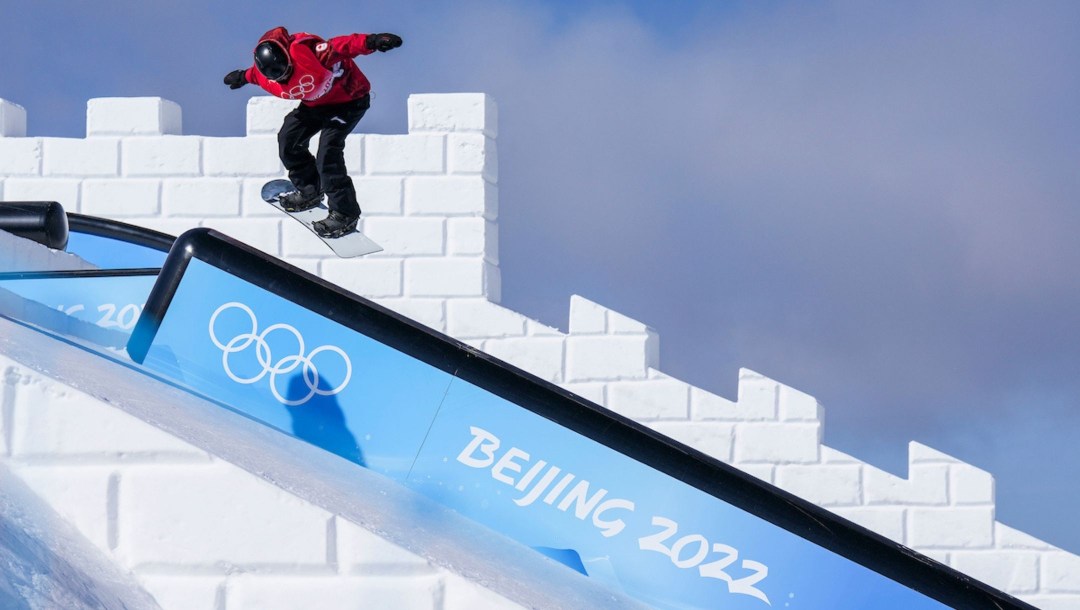 While the Beijing 2022 Olympic Winter Games may not have their Opening Ceremony until Friday, Team Canada athletes have already started to shift their focus and give fans an inside look at how they’re preparing for competition.

Team Canada’s bobsleigh crews hit the track at the Yanqing Sliding Centre to get familiar with all the curves ahead of the competition in week two. This behind-the-scenes view gave fans a first glimpse of the sleds they will be using that pays homage to the Royal Canadian Navy and its vessels.

Riding high after a double podium at PyeongChang 2018 and ending an 86-year Olympic medal drought for Canada in the process, Ted-Jan Bloemen also took his first practice laps around the Ice Ribbon.

Tristan Walker hit the gym to put in some work ahead of his first doubles luge training run on Sunday with partner Justin Snith.

Getting the chance to see what challenges lie ahead of them, members of Team Canada’s luge team went hands-on at the Yanqing Sliding Centre during their pre-sliding track walk.

PyeongChang 2018 slopestyle silver medalist Laurie Blouin caught some air during her first day of practice as she looks to reach the podium once again.

Max Parrot, who took home silver in the slopestyle at PyeongChang 2018, made the most of his training session as well as he aims for a second straight podium apperance.

Team Canada women’s hockey team stayed loose before action with what else other than a game of spikeball in their official warmup room.

Earning his first career World Cup podium in December 2021 after placing third in the super-G in Beaver Creek, Colorado, Brodrick Thompson prepares for what he hopes to be a strong showing at Beijing following his Olympic debut at PyeongChang. He was 11th-fastest in the first downhill training run.

Fresh off a practice run, Olympic newcomer Sofiane Gagnon posed for the camera ahead of her debut in women’s moguls.

Team Canada figure skaters Piper Gilles and Paul Poirier complete a training session and look to put forth another impressive showing after placing eighth at PyeongChang 2018.

You can watch and cheer on all these Team Canada athletes and many more by following along with the Games here.