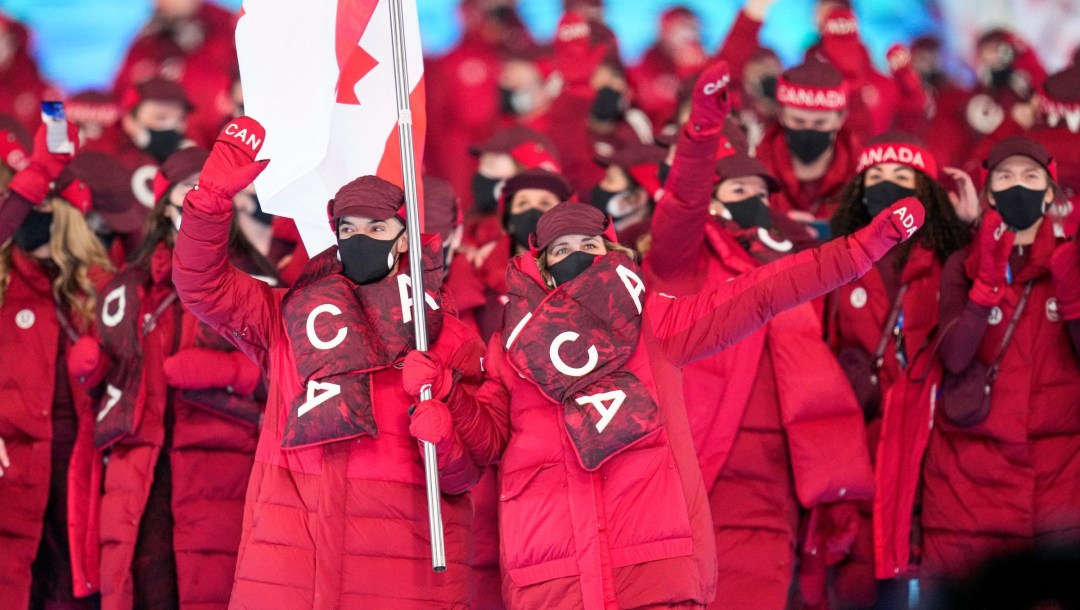 On Friday, the Beijing 2022 Olympic Winter Games were officially opened with the Opening Ceremony.

It included some fascinating technology, such as the 11,600 square metres of HD LED screen that formed the centre stage of the Bird’s Nest stadium.

If you weren’t able to wake up early enough in Canada to see the spectacle live, here’s a quick look back at some of the most memorable moments.

Though we are celebrating the Winter Games, the start of the ceremony was a section called the Beginning of Spring. It is believed by many Chinese people that extreme cold often breeds new life. A group of dancers interpreted a dandelion having its white seeds blown into the air which became fireworks above the Bird’s Nest.

In a dazzling display of technology, the Olympic rings were revealed through some virtual ice breaking. They then rose above the entrance through which the athletes would enter in the Parade of Nations.

Before we knew it, there were Charles Hamelin and Marie-Philip Poulin leading Team Canada in as the proud flag bearers.

Our athletes certainly looked warm and comfortable (and totally cool) in their red lululemon gear!

There was some incredible use of the LED screens on the floor of the stadium as speed skaters revealed the Olympic motto of Faster. Higher, Stronger — Together. Meanwhile, an illuminated ski jumper figure flew in from above.

Then more than 600 children danced and ran around with illuminated dove props as their footsteps activated shining stars and snowflakes on the floor.

In a change from past Games, they did not light a cauldron. Instead, they inserted the torch into the middle of the giant snowflake formed of the country name placards that had accompanied the 91 teams in the Parade of Nations. It was raised into the sky as the climax of the show. The flame was then carried outside the stadium where another snowflake awaited and this is where the Olympic flame will burn for the next 16 days.

Of course no Opening Ceremony would be complete without fireworks and they were set off as the Games were declared officially open.