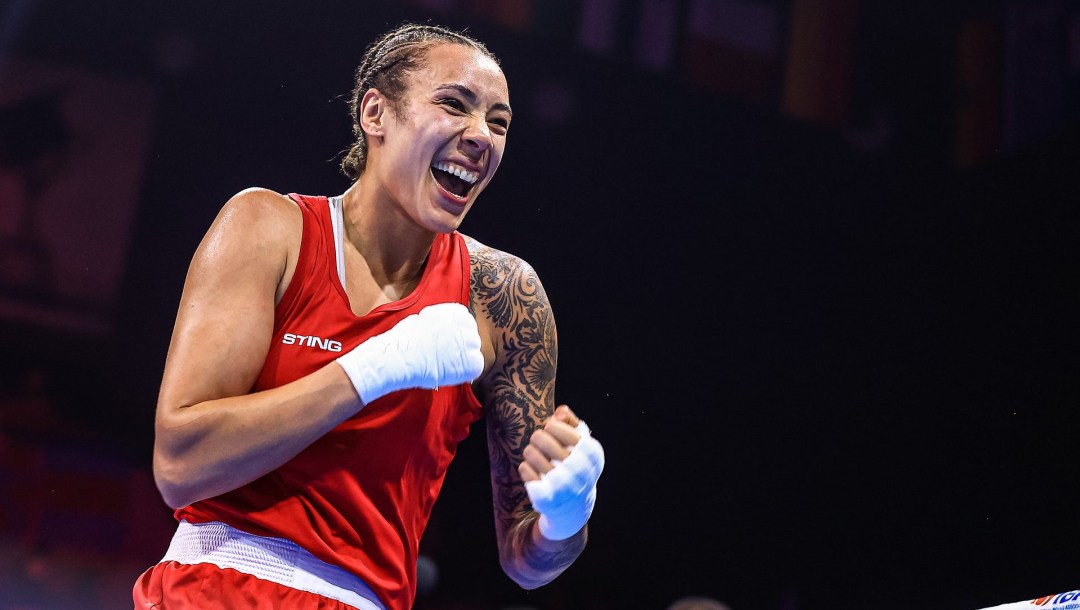 It was a weekend of firsts for two Canadians who were on top of their respective sports.

Boxer Tammara Thibeault is the new world champion of the 75kg weight class while Aaron Brown sprinted to his first 100m gold at the Diamond League meet in Birmingham.

Those were just a few of the medals and milestones that made for a busy Team Canada weekend.

Tammara Thibeault defeated Atheyna Bylon of Panama in the final bout of the 75kg weight class at the IBA Women’s World Boxing Championships in Istanbul, Turkey. It’s the first time Thibeault has held the title. She won a bronze the last time the women’s boxing worlds were held in 2019.

Charlie Cavanagh also reached the final in the 66kg category in an impressive run through her first senior world champkionships. She earned silver after falling to reigning Olympic and world champion Busenaz Surmeneli of Turkey in the final.

Ahead of the World Athletics Championships later this summer, Aaron Brown is putting himself in the conversation among the world’s best in the 100m. Brown sprinted to his first Diamond League 100m gold on Saturday in Birmingham, England with his time of 10.13 seconds. With countrymates Jerome Blake and Andre De Grasse finishing third and fourth, respectively, it was a double podium for Canada.

That trio would later be joined by Brendon Rodney to win gold in the 4x100m relay in 38.31 seconds. That victory came two days after the quartet was officially upgraded to the silver medal from Tokyo 2020.

Django Lovett outdid the bronze medal he won at the first Diamond League meet last weekend by claiming gold in the high jump — defeating Olympic champion Gianmarco Tamberi of Italy in the process. Meanwhile Marco Arop – who also won a bronze medal last weekend – ran to the top step of the podium in the 800m.

In the first canoe/kayak sprint ICF World Cup competition of the season, Katie Vincent claimed silver in the women’s C-1 200m. Vincent, the reigning world champion in the event, raced to a time of 45.19 seconds.

In the mixed C-2 500m race, Sophia Jensen and Alix Plomteux raced to an impressive time of 1:48.91 in to earn bronze.

After a perfect 4-0 start, Team Canada had a rough weekend at the men’s world hockey championship.

After a 6-3 loss to Switzerland on Saturday, Canada lost to Denmark for the first time in the men’s tournament by a score of 3-2. With one preliminary round game remaining, they are still in position to qualify for the quarterfinals. Canada will take on France at 1:20 p.m. ET on Tuesday, May 24.

Ingrid Wilm continues to make a name for herself as an elite backstroke swimmer after capturing two golds at the first stop of the Mare Nostrum Swim Tour in Monaco. Wilm won gold in both the 50m and 100m backstroke events over the weekend.

At the World Rugby Sevens Series in Toulouse, France, the Team Canada women dropped a heartbreaking quarterfinal match to Ireland, 22-21. Canada would go on to finish the tournament in sixth place.

Near bullseye in bronze medal match 🎯

There were only two Canadians competing in the second stage of the 2022 Archery World Cup in Gwangju, South Korea but Stephanie Barrett and Eric Peters did well to represent. They made it to the bronze medal match in the mixed team competition. Ranked 11th in qualifying, they upset sixth-ranked Italy and third-ranked Chinese Taipei to get to the semifinals where they were defeated by the eventual gold medallists from Germany. They came up just short against the Netherlands to finish fourth overall, a very impressive performance.