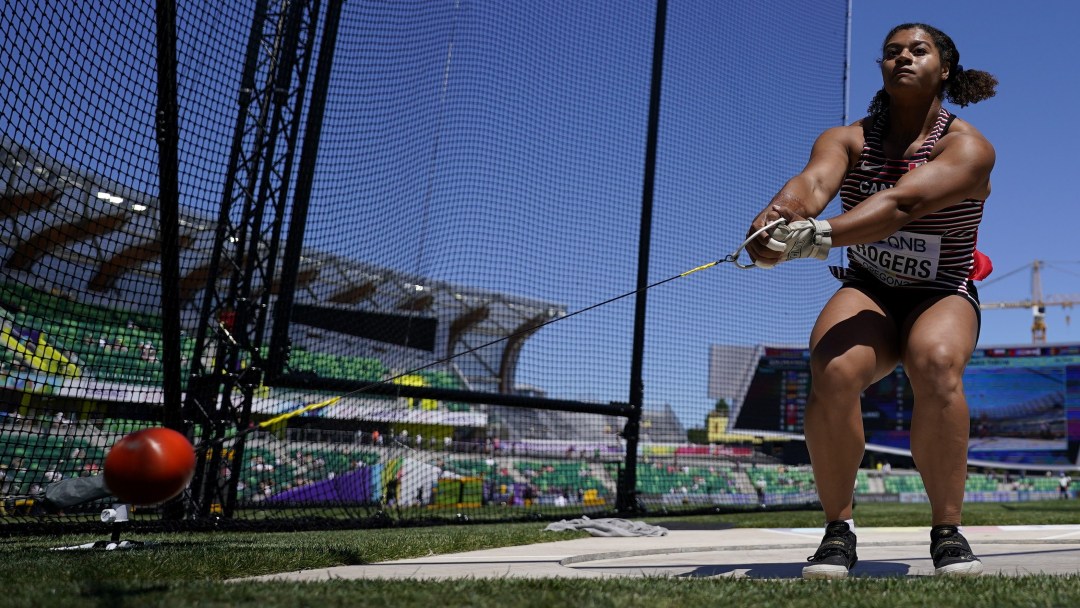 The World Athletics Championships are underway in Eugene, Oregon and several Team Canada athletes have already made history, highlighted by the performances from a couple of Cams on Sunday.

Elsewhere, two Canadian judokas were golden in Zagreb, Hugo Houle came oh so close to a stage win at the Tour de France, and the stage is set for a big Canada-USA rivalry game in women’s soccer.

Here’s a quick look back at the action:

It was also on Sunday that Cam Levins shattered his own Canadian record in the men’s marathon, shaving more than two minutes off his previous national mark. His time of 2:07:09 saw him cross the finish line in fourth place, the highest placement ever for a Canadian male marathoner at the world championships.

​​In the 10,000m, Mohammed Ahmed matched his result from Tokyo 2020 and the 2019 World Athletics Championships with another sixth place finish. He still has the 5000m to come in which he is the reigning Olympic silver medallist and world bronze medallist.

In the women’s shot put, Sarah Mitton scored Canada’s all-time best result at the world championships with her fourth-place finish. Her best throw of 19.77m actually tied her with Jessica Schilder of the Netherlands for third, but the Dutch athlete took the bronze in a tiebreaker. Her second best throw travelled farther than Mitton’s second best.

Aaron Brown was the top Canadian in the men’s 100m as he finished eighth after qualifying for his second straight world championship final in the distance. Andre De Grasse, who is just recently recovered from COVID-19, did not advance from the semifinals and has reportedly decided to withdraw from the 200m. Brown will be in those heats on Monday.

Team Canada got the best of Jamaica in their semifinal at the Concacaf Women’s Championship, winning by a score of 3-0 on Thursday. Jessie Fleming, Allysha Chapman, and Adriana Leon all tallied goals for Canada in the win.

READ: Canada will face USA for an Olympic berth in women’s soccer

The win sets the stage for a rematch versus top-seed USA in the final, which will take place Monday night with a spot at Paris 2024 on the line. Canada took down the U.S. in the Tokyo 2020 semifinal by a score of 1-0.

Hugo Houle had an impressive ride on Friday as he finished third in Stage 13 of the Tour de France. The cyclist from Sainte-Perpetue, Quebec was in the lead group of three riders that broke away from the pack with 20 kilometres to go in the stage. The only Canadian to win a Tour de France stage is Steve Bauer, who did it in 1988.

Team Canada had a big medal haul on the water at the World Games in Birmingham, Alabama.

The World Games are an international multi-sport competition providing a competitive opportunity for athletes who participate in sports and compete in events that are not part of the Olympic program. Other notable Canadian results include gold medals for the men’s and women’s lacrosse teams.