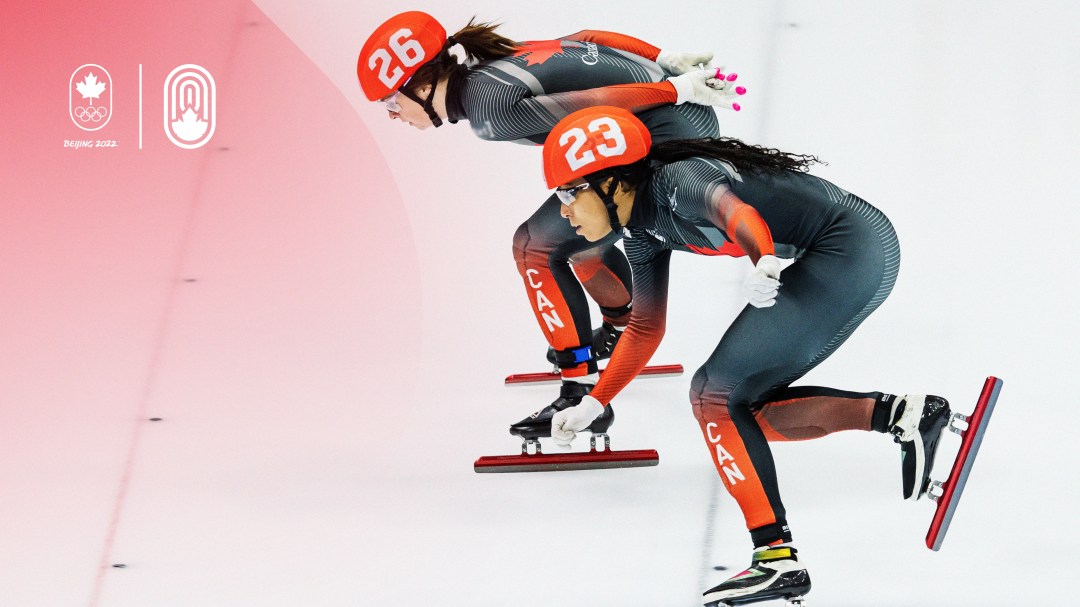 The athletes qualified for Team Canada based on their performances at the four ISU World Cup Short Track competitions this fall, where they helped secure the maximum number of athlete quota spots.

Canada has won an impressive 33 Olympic medals (9 gold, 12 silver, 12 bronze) in short track speed skating since the sport was officially added to the Olympic program at Albertville 1992. It is the country’s second most successful Winter Olympic sport, behind only long track speed skating (37).

The team at Beijing 2022 will include past Olympic medallists Charles Hamelin, Kim Boutin and Pascal Dion, along with seven skaters that will be making their Games debuts.

“It’s crazy to think that I will soon be leaving for my fifth and final Olympics,” said 37-year old Hamelin, a five-time medallist who is tied with fellow short track speed skaters Marc Gagnon, François-Louis Tremblay and figure skater Scott Moir as Canada’s most decorated male Winter Olympians. “I am very proud of where this team is after four challenging years. Every skater has worked very hard to get to this point and I know they will be ready to take on this next challenge.”

Dion, a fellow PyeongChang 2018 medallist and a member of the bronze medal-winning 5000m relay team, will participate in his second career Olympic Games. The 27-year-old Montreal native was Canada’s most successful skater throughout the recent Olympic qualification period, winning four individual medals and ending the World Cup campaign ranked first overall in the 1000m.

The men’s team will also include perennial World Cup medal contender Steven Dubois, as well as fellow speedsters Jordan Pierre-Gilles and Maxime Laoun, who have made great strides in both individual distances and as members of the 5000m relay squad since making their World Cup debuts during the 2019-20 season.

Coming off a historic Olympic debut at PyeongChang 2018 – where she won three medals and was named Team Canada’s Closing Ceremony flag bearer – Boutin returns to the Olympic stage with a fresh perspective, ready to lead a young women’s team.

“I can’t believe it’s already time to reconnect with the Olympic rings,” stated the reigning 500m world record holder, who took some time away from skating throughout the pandemic to focus on her mental health. “I’m returning to the Games, but this time my eyes and heart will be wide open and I’m going to take in every single moment.”

Leading an impressive class of Olympic rookies is teenage phenom Florence Brunelle, who will become the youngest Canadian short track speed skater to ever participate on the Olympic stage when she steps on Olympic ice as an 18-year old.

“I am super happy and grateful to have the opportunity to represent my country at the Olympic Games in Beijing,” said Brunelle, a two-time Youth Olympic Games medallist. “And it’s very special to be among the youngest Canadians, and the youngest ever in my sport, to compete at this level.”

Rounding out the women’s squad are Alyson Charles and Danaé Blais, who have been reliable members of the 3000m relay team since the start of the Olympic quadrennial.

Canada’s short track team ended their Olympic qualification campaign – the first full season of the sport in three years, after both 2019-20 and 2020-21 were disrupted by the COVID-19 pandemic – with an impressive 17 medals and secured the maximum 10 athlete quota spots.

Head coach Sébastien Cros was quite impressed with how his skaters performed in their return to international competition this season.

“I am very excited about this team. We have a good mix of experience and youth, and we showed great potential in the first part of the season thanks to a bold and proactive strategy in our races. The objective will be to approach the Olympic events with the same energy in order to replicate this level of performance.”

At Beijing 2022, short track speed skating will take place from February 5 to February 16 (Days 1 to 12) at the Capital Indoor Stadium.

“I am so pleased to welcome the members of the short track team to the 2022 Olympic Winter Games delegation. Canada has such a long history of success at the Olympic Games in short track ever since it became an Olympic sport in 1992. Since then, Canada has won 33 medals at the Games. This team is as strong as ever. From veterans to rookies, this team continues to show the world their ability to win. Short track speed skating is one of the most exciting sports and I know all Canadians will be watching and cheering these athletes on as they skate to the podium in Beijing. Congratulations!” said Catriona Le May Doan, Team Canada’s Beijing 2022 Chef de Mission.