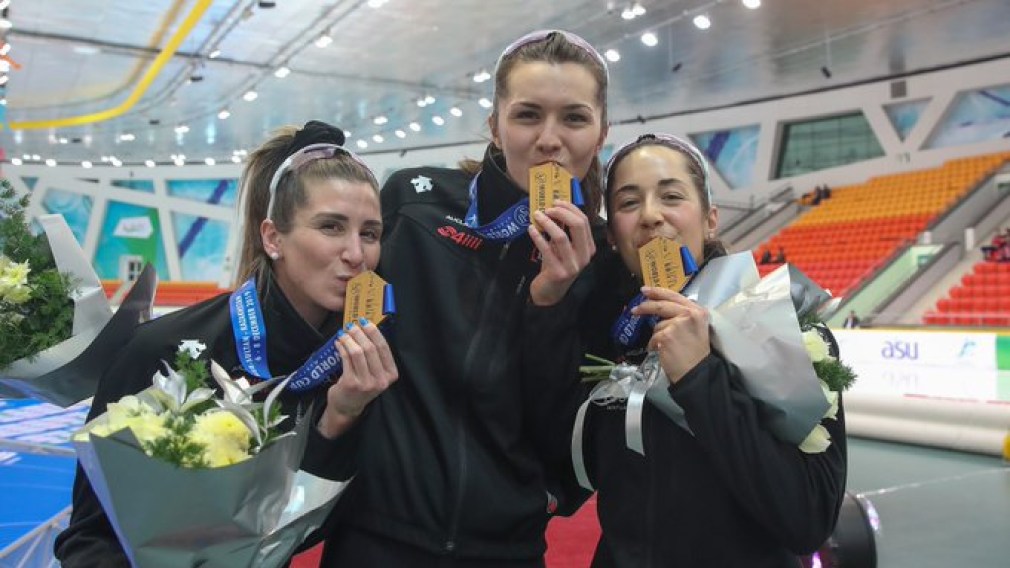 From the ice to the snow, the winter World Cup season has kicked into full swing, with many podium performances by Canadian athletes this past weekend.

Speed skaters, bobsledders and cyclers all captured international hardware while Mikaël Kingsbury proved once again he is the most dominant male moguls skier in history.

The golden weekend continues for @IvanieB! She joins up with @i_weidemann and @valemaltais at the World Cup in 🇰🇿 to skate a winning time in the Team Pursuit 🥇🥇🥇 pic.twitter.com/HsRi7JVsJV

Team Canada was on fire at the ISU Speed Skating World Cup in Nur-Sultan, Kazakhstan, collecting a total of six medals over the weekend.

Ivanie Blondin won three gold medals and became the first Canadian and the eighth women ever to win a 1500m, 3000m and 5000m race in a World Cup. She claimed victory in the 5000m event on Friday, followed by gold in the 5000m on Sunday. Her third gold of the weekend came when Blondin teamed up with Isabelle Weidemann, Valerie Maltais and Béatrice Lamarche in the team pursuit. Weidemann also landed on the podium in the women’s 5000m with bronze.

On the men’s side, Ted-Jan Bloemen, Jordan Belchos, Graeme Fish and Tyson Langelaar skated to silver for Canada in the men’s team pursuit. On Saturday, Fish won his first-ever individual World Cup medal, collecting bronze in the 10,000m final. Alex Boisvert-Lacroix also reached the podium, winning bronze in the 500m.

Courtney Sarault also landed on the podium, earning her third individual medal of the season, a bronze in the 1500m. On the men’s side, Steven Dubois captured the bronze medal in the 500m (2). This is the first career medal in the 500m for Dubois.

Kingsbury kicked off the first World Cup of the moguls season in Ruka, Finland with gold in men’s moguls.

This medal marks Kingsbury’s 57th victory and 82nd podium finish at his 100th World Cup appearance. He took the lead in the final after an impressive run to lock in a score of 90.80 points and claim the gold medal.

First podium of his career and already a straight win! Watch Kris Mahler from Canada winning the big final ahead of the French duo Bastien Midol and Jean-Frederic Chapuis 🏆 pic.twitter.com/FhucGk25i0

Kris Mahler, returning from injury, led for the entire final run to achieve his first World Cup podium and victory in the men’s race on Saturday. On Friday Kevin Drury won gold during the men’s race.

On the women’s side, Courtney Hoffos finished third on the women’s podium on Saturday, winning her second medal of the weekend, adding to her silver medal from Friday. India Sherret finished just behind Hoffos on Friday, claiming the bronze.

Justin Kripps piloted back-to-back bronze medals with Ben Coakwell, then Cam Stones at the first World Cup of the season in Lake Placid, New York. The Olympic champion, who was third in Saturday’s two-man race with Coakwell, reunited with Stones, his medal-winning partner at the 2019 World Championships, to post a two-run time of 1:50.34.

On Saturday, Kripps and Coakwell put down the second-fastest time in the final heat to secure the bronze with a two-run time of 1:50.43. 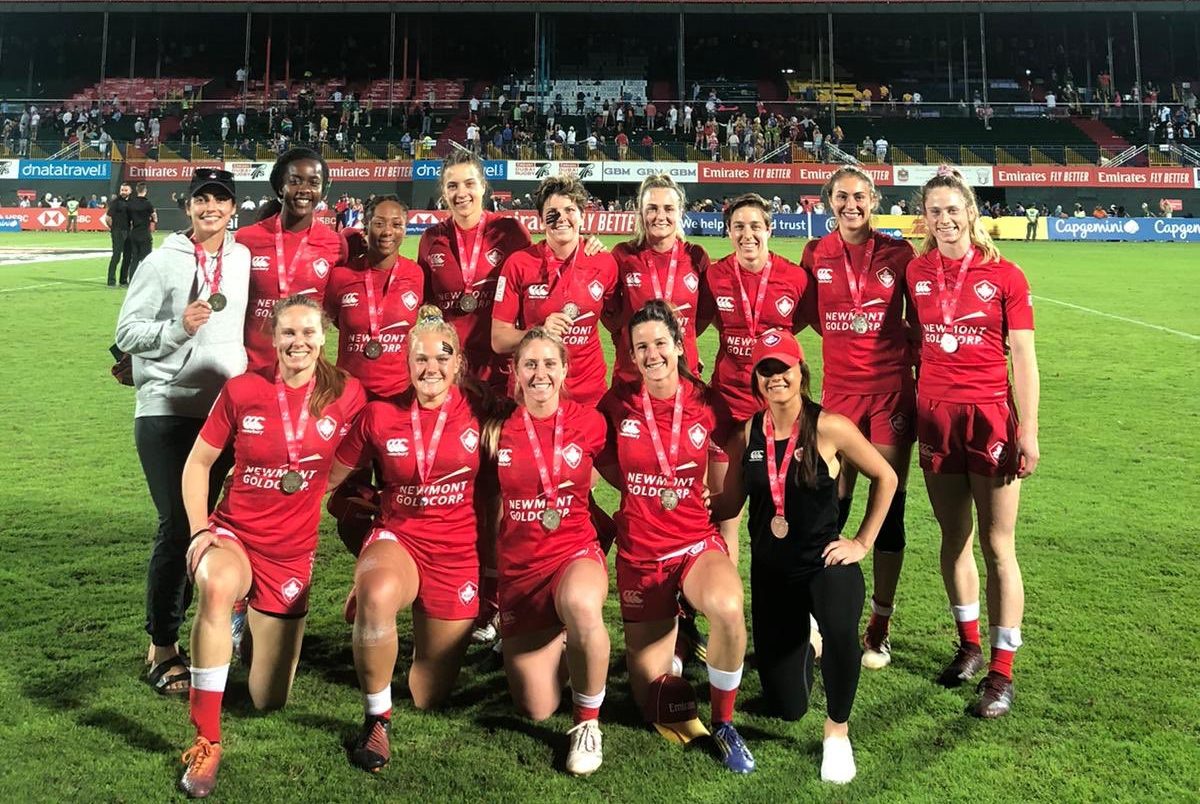 The women’s rugby sevens team took home silver after falling 17-14 to New Zealand in a hard-fought gold medal final at the World Rugby Sevens Series in Dubai on Saturday. Canadian tries were scored by Karen Paquin and Julia Greenshields, while captain Ghislaine Landry converted on both. The women have already qualified for Tokyo 2020 and are the defending Olympic bronze medallists.

She believed she could and she did 💪🏼

First world cup medal for Lauriane Genest with a solid 🥈 in the Keirin at the 🇳🇿 World Cup!#TissotUCITrackWC pic.twitter.com/X7VcqDTivh

At the four stop of the  UCI Track Cycling World Cup in Cambridge, New Zealand, Canada captured a total of four medals. Lauriane Genest cycled to silver in the Keirin to earn her first World Cup medal. Allison Beveridge captured bronze in the Omnium with a total of 111 points. It was her second medal of the weekend, after Friday’s team pursuit bronze alongside teammates Jasmin Duehring, Georgia Simmerling, and Annie Foreman-Mackey. Kelsey Mitchell also leaves Cambridge with a silver medal in the sprint, her second medal at a World Cup to date.

Thank you kindly 😊 I feel privileged to represent such an integral group of girls on the WTA Tour. I’ll keep doing my utmost to make sure our Tour is the best it can be for everyone ☺️ https://t.co/0cxkKbN2F2

The winners of the WTA Awards were announced Monday morning. Gaby Dabrowski won the Peachy Kellmeyer Player Service Award for the work she has done to support other WTA players and the initiatives on behalf of the WTA.