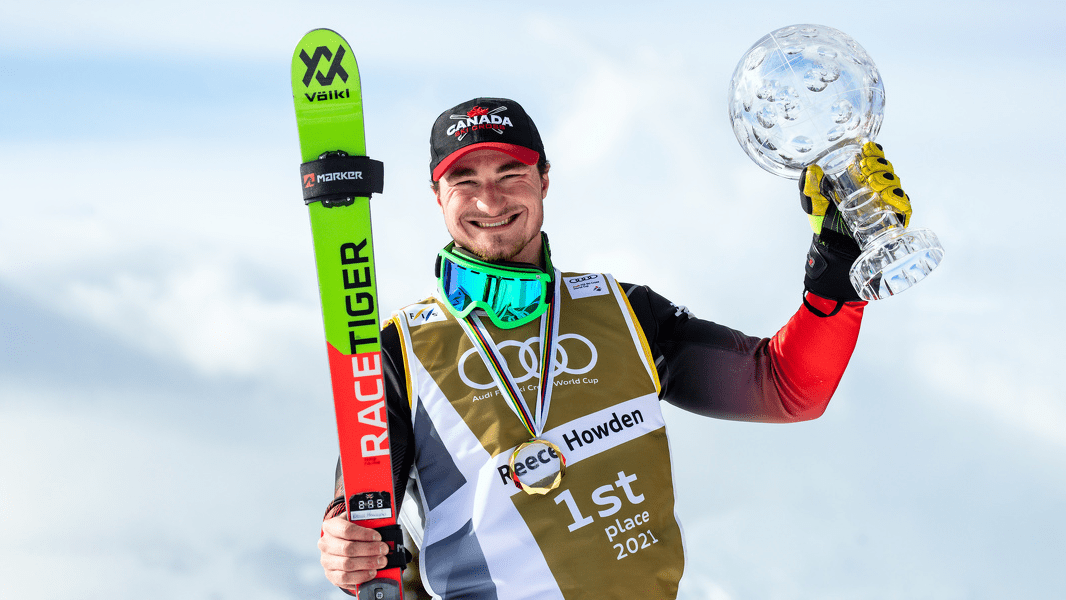 This weekend, Team Canada wrapped up the ski cross season with a Crystal Globe, celebrated a career first on the tennis court, and set records in the NCAA pool.

Keep reading to see what Canadians accomplished on the snow, in the water and on the court.

At just 18-years-old, Leylah Fernandez defeated Swiss qualifier Viktorija Golubic in the Monterrey Open final to win her maiden WTA Tour victory. She won the championship without the loss of a set all week!

Previously, Fernandez defeated Slovakia’s Viktoria Kuzmova 7-5, 6-3 in the quarterfinals on Friday. Then in the semifinals on Saturday, Fernandez shut down Spain’s No. 7 seed Sara Sorribes Tormo in two straight sets.

Canadian skiers had a weekend full of firsts at the U.S. Grand Prix in Aspen, Colorado.

Rachael Karker won her first career World Cup gold medal in the women’s free ski halfpipe event, while Brendan Mackay captured his first medal of the season with silver in the men’s event on Sunday.

On Saturday in Aspen, Mark McMorris reached the third step of the podium in the men’s snowboard slopestyle event. Earlier in the week, McMorris won big air gold at the world championships.

Reece Howden received his first ski cross Crystal Globe in Veysonnaz, Switzerland on Sunday. The 22-year-old already secured the trophy a few weeks ago, after his win in Sunny Valley, Russia. In his first full World Cup season, Howden stood on six podiums, won four races, and was voted FIS Rookie of the Year. Howden is the second Canadian man to win the Globe, following in teammate Kevin Drury’s footsteps from last season.

🏂 to second and into the record book

Eliot Grondin finished second overall in the World Cup standings, with 304 points. The 19-year-old is the youngest snowboard cross athlete in history to end the year on the World Cup overall standings podium. This season Grondin won two World Cup medals, winning his first-ever gold, and a silver. He finished in the top 10 for five out of six World Cup races. He also won bronze at the world championships.

Kicking Olympic Qualifying off with a win ⚽️

Canada started the Concacaf Men’s Olympic Qualifying tournament with a 2-0 win against El Salvador on Friday night. On Monday evening, Canada will play Haiti at 6 p.m. ET, followed by a match against Honduras on Thursday at 10 p.m. ET to conclude group play. The top two teams will advance to the semifinals in the knockout stage.

The two teams who win the semifinal matches will qualify for this summer’s Olympic Games.

Here are the moments that mattered from #CanM23 vs. El Salvador in Concacaf Men's Olympic Qualifying ⚽

Swimming 🏊‍♀️ into the record books

At the NCAA Championships, Maggie Mac Neil had an incredible performance over the weekend in Greensboro, North Carolina. The Canadian won the 100-yard butterfly with a time of 48.89 seconds to break the NCAA and U.S. Open record, and to become the first woman to swim under 49 seconds in this event. Mac Neil is now 0.37 seconds faster than any other woman in history of the event.

On the final night of the NCAA Women’s Swimming Championships, Mac Neil also won the 100 freestyle with a time of 46.02, for the third fastest time ever in the event.

Mac Neil is one of six swimmers that have been provisionally nominated to the Tokyo 2020 team.

Vaulting to a new PB 🤸‍♀️

Shallon Olsen, the 2018 Worlds vault silver medallist, scored a NCAA career high of 9.925 at the SEC Championship, helping the Alabama Crimson Tide claim the championship title. Olsen performed a double-twisting Yurchenko, the most difficult vault of the competition. The 20-year-old is aiming to compete at her second Olympic Games this year. At Rio 2016, she finished eighth overall in vault.

Thank you for capturing this amazing moment! ❤️ https://t.co/rwkmZ8E52W