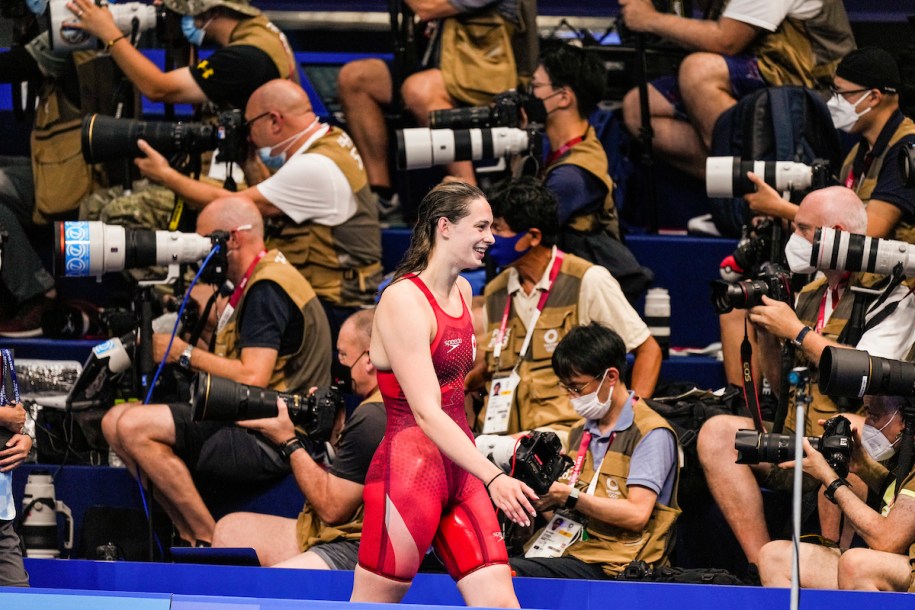 Penny Oleksiak is the girl everyone is talking about. At just 21-years-old, she has become Canada’s all-time most decorated Olympian after capturing her seventh Olympic medal in the 4x100m medley relay.

Earlier in the week, she earned two other medals in the pool at the Tokyo Aquatics Centre including a 4x100m freestyle relay silver and a bronze in the 200m freestyle to add to the four medals she won at Rio 2016. Oleksiak’s victory surpasses the six medals won by speed skater Cindy Klassen and dual sport athlete Clara Hughes.

No surprise, she had the entire internet talking.

From one 🐐 to another

Greatness recognizes greatness. Defending moguls World Champion Mikael Kingsbury did just that, realizing he would need to medal in every single event over the next few years to reach her milestone.

The 219 NBA Champions had some words: GOAT and icon.

In Oleksiak’s interview after the race, it was revealed she goes by the nickname “Spicy P” among her teammates. Pascal Siakam, a forward on the Toronto Raptors, who also goes by the same nickname showed his support.

Bianca Andreescu inspired millions when she became the first Canadian to ever win a Grand Slam title when she won the US Open in 2019. The fellow young star says Oleksiak is an inspiration.

Two-time Olympian Brittany MacLean, who won bronze with Oleksiak in the 4x200m in Rio, was beyond excited for her former teammates.

The hockey world chimes in 🏒

Did you know Penny Oleksiak’s brother Jamie plays in the NHL? Gerry Dee did!

Here’s what her proud older brother had to say: