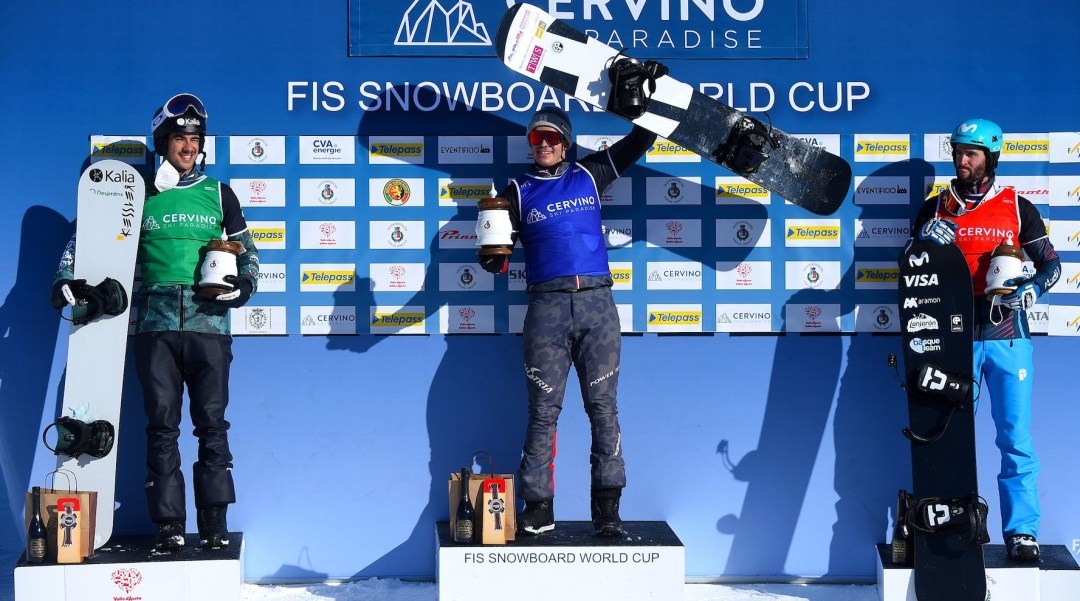 In the last big final of 2021, Eliot Grondin captured a snowboard cross World Cup silver medal in Cervinia, Italy. Saturday was a great day for snowboard cross racing with perfect conditions and beautiful sunshine above the Matterhorn from its Italian side.

Joining Grondin on the podium was Austria’s Jakob Dusek, who captured the gold medal and Spain’s Lucas Eguibar who finished in the bronze medal position. This silver medal moves Grondin into fourth place in the overall standings. It is his first World Cup podium of the season and fourth to date.

READ: Off to the hills for training with Team Canada snowboard cross athletes

Earlier this year, Grondin achieved his first podium finish at the snowboard world championships. In February, he won bronze in Idre Fjäll, Sweden. Grondin made his Olympic debut at PyeongChang 2018 as a 16-year-old, making him the youngest man and second-youngest athlete on Team Canada at those Games.

On the women’s side, Tess Critchlow was the top Canadian finisher in seventh position.

Mike Robertson made his Olympic debut at Vancouver 2010 and won the silver medal in the men's snowboard cross event.