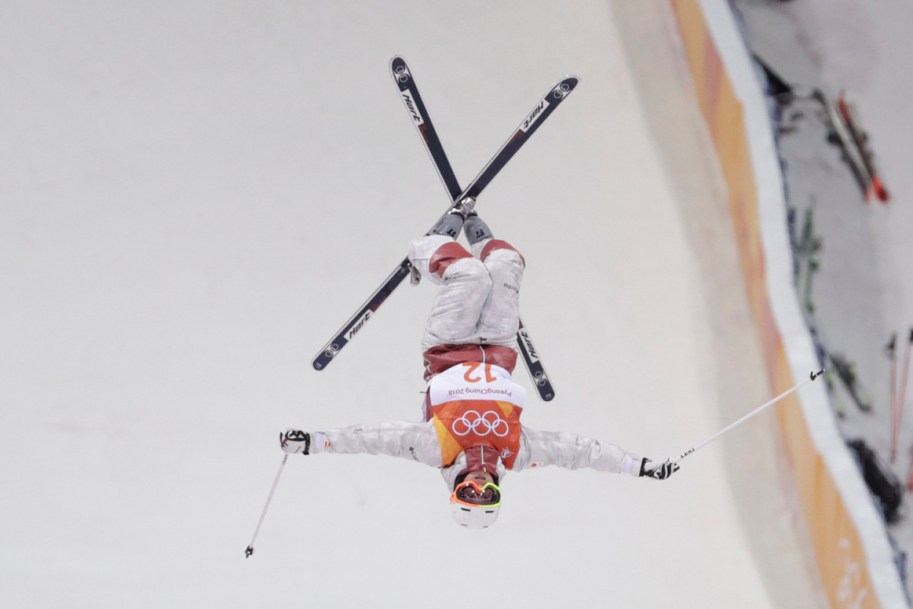 What to watch for in freestyle skiing at Beijing 2022: moguls and aerials

Human beings can do some incredible things on skis, as the Olympic Winter Games remind us every four years.

Beijing 2022 will be no different, with 32 Canadian athletes set to compete in the 13 events across six different disciplines that comprise freestyle skiing. Before things get underway at Zhangjiakou Genting Snow Park and Big Air Shougang, let’s break down what Canadian fans can expect from each discipline, and from some of Canada’s top medal contenders.

We’ll start with moguls and aerials.

In this event, competitors race down a course full of bumps, completing two aerial tricks along the way. Their progression through the moguls is most important to their score, though their tricks and their speed down the course also factor in.

Canada has seen plenty of glory in this event in recent Games, with Mikaël Kingsbury claiming gold at PyeongChang 2018, after winning silver at Sochi 2014. But the 29-year-old says he feels even more ready now than he did ahead of those Winter Games.

“I think I’m more mature as a skier and as an athlete,” says Kingsbury. “I know what to expect this time around and I know what it is to stand on top of the course and have all the spotlight on you.”

And though Kingsbury has seen and done it all in the sport, he could bust out a few new tricks in Beijing. In particular, he believes a 1440 (that is, four complete rotations) and a cork 1080 with a grab (three rotations in a corkscrew) could be in his wheelhouse, but it will come down to the risk-reward balance.

“We’re going to see what strategy the others are using,” he said before the start of the World Cup season. “I have my plans, but I have a lot of weapons in my back pocket.”

Kingsbury’s success will serve as a beacon to Olympic newcomers such as Laurent Dumais. The 25-year-old says he and the reigning Olympic champion help push each other in training.

“I want to learn from him, how he manages stress and how he prepares for big events,” says Dumais. “We are just trying to help each other, also giving tips for certain jumps and adjusting for certain situations.”

On the women’s side, two of the Dufour-Lapointe sisters, Justine and Chloé, will be back and looking to add to their medal collections. The two stood side-by-side on the Sochi podium (Justine with gold, Chloé with silver), while Justine also picked up a silver in PyeongChang.

Chloé, 30, is set to become the first Canadian woman to compete in freestyle skiing at four Olympic Games. Justine, 27, is hoping to become just the second freestyle skier to win three Olympic medals. Their historic chases aside, though, the sisters are looking to put a difficult 2021 behind them and reconnect with the sense of enjoyment that drew them to the sport.

“I feel like the fun is what we have to focus on,” says Chloé. “It will allow us to perform our best, with the best feeling as well.”

Justine has another goal in mind for these Olympic Games: successfully adding a cork seven (a 720 with an off-axis spin) to her repertoire.

While the tricks add some flair, it’s the moguls themselves where events are won and lost. Knowing a good run when you see one, according to Justine, is all about gauging a skier’s energy.

“When you watch a run and you are like, ‘wow it was really energetic and precise and clean, it didn’t seem like many movements’, I would say that’s really something that people should look for,” she says. “When they land, how does it look? Does it seem like really flawless and balanced on the two feet and no movement?”

Now, if we’re talking about flair in the air, this is where it’s front and centre. Athletes have about three seconds to complete as many twists and flips as possible… and the standard of what’s possible seems to get elevated all the time.

So, it makes sense that Marion Thénault has a gymnastics background. But it could be a surprise to learn that she only learned to ski in 2017. Five years later, the 21-year-old is making her debut at the Olympic Games.

She’ll be looking to pull off a double full full (two flips with three twists, with two twists in the first flip) and a full double full (two flips and three twists, but two twists in the second flip). Thénault knows that other competitors will go for triples, with three flips. But of course, it’s not just about the tricks… it’s about the landing.

“In aerials it is about balance,” says Thénault. “You want to have the hardest tricks possible, but you want to have a clean execution and a high landing percentage. There are girls that are going to go out and try very difficult tricks. Some of them will land and some of them won’t.”

Lewis Irving has taken a decidedly different path to Beijing. The 26-year-old first discovered aerials when he was 11, and competed in the event in PyeongChang.

He took a year off after those Games to rehab after surgery, right around the time that Thénault was bursting onto the scene. Irving says that her arrival was a bit of a “kick in the butt” that has now raised everyone’s work ethic.

“[It] makes it that we have a really strong team that wants to push and it’s a great thing,” he says.

As for what he’s doing on the hill, Irving has been working on a double full double full full (a triple back flip with five twists). But he’ll also be competing in Beijing after missing the World Cups this season, recovering from an MCL tear.

He knows the field of competition is incredibly deep, but that it can only mean good things for the sport and the fans watching.

“There has never been as many guys competing with five twists as there is right now,” he says. “So that’s going to be huge. Even some guys have multiple five twists, so we will see what happens.

“Whoever makes it look easiest and does the hardest trick is going to win.” 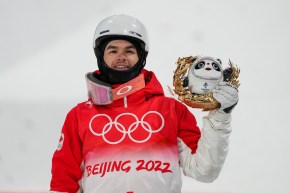