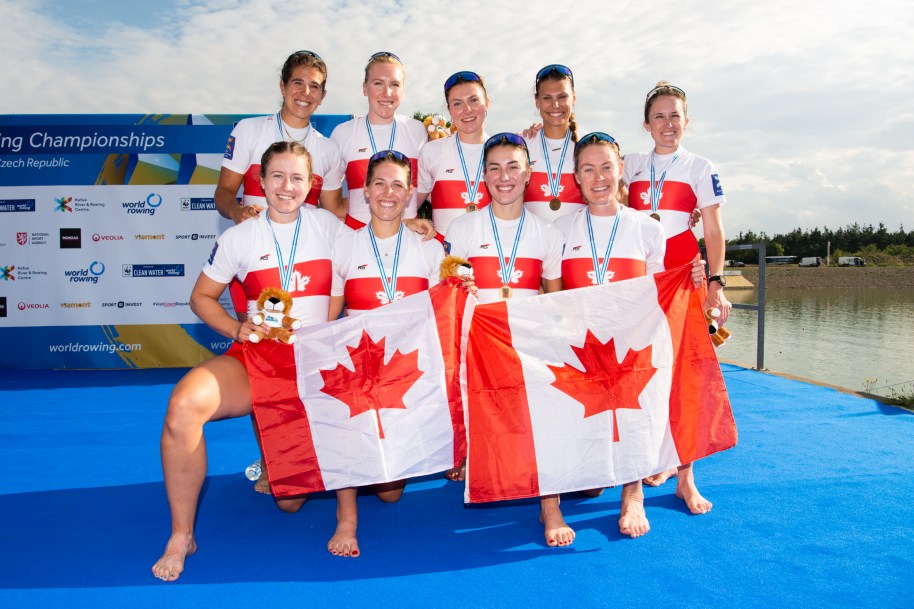 It was a big weekend for for Team Canada. The women’s eight rowing team raced to World Cup bronze on the water, a doubles title was collected by Gabriela Dabrowski on the court and Natasha Wodak shattered the Canadian women’s marathon record on the streets of Berlin.

Here’s what you might’ve missed over the weekend!

The Canadian rowers were in second place until the Netherlands overtook them during the second 1000m.

On the men’s side, the Canadian eight also competed in the A final, finishing in fifth place. The race was won by Great Britain, just ahead of the Netherlands with Australia completing the podium.

Basketball: Canada is through to FIBA World Cup quarterfinals 🤩

With one more game remaining in the group phase, the Canadian Senior Women’s National Team have a 3-1 record at the FIBA World Cup. With their win over Japan on Sunday, Team Canada has already booked their tickets to the quarterfinals.

Canada’s only lost came on Monday when they fell to Australia — the host country — 75-72. In the defeat, Nirra Fields scored 17 points, Bridget Carleton 16 points while Kia Nurse collected 11 points.

On Sunday, the Canadians collected an impressive 70-56 win over Japan — the reining Olympic silver medallists. Canada was led by a notable 19-point, six-rebound performance from Bridget Carleton.

On Friday, the Canadian squad defeated France 59 – 45 in what appeared to be a relatively even matchup on paper, but not on the court. Canada stymied France’s offence and opened up a 20-point lead by the third quarter. Nirra Fields led the way offensively with 17 points. Earlier in the week, Canada started the tournament with a statement 67-60 victory over Serbia.

Canada also won the Fritz Geiger Memorial Trophy as the top country at the competition ahead of Ukraine and Germany.

Natasha Wodak shattered the Canadian women’s marathon record in Berlin. The 40-year-old from North Vancouver ran two hours 23 minutes and 12 seconds to finish in 12th position. She broke the previous Canadian mark of 2:24.50 set by her friend Malindi Elmore in 2020.

Tennis: Félix Auger-Aliassime wins against Djokovic in the Laver Cup 👏

Félix Auger-Aliassime got his first carrer win against Novak Djokovic during the last day of the Laver Cup in London. Auger-Aliassime surprised the Serbian, currently rank seventh in the world, by winning 6-3, 7-6(3).

The 22 years old Canadian played an important role in Team World win against Team Europe 13 – 8. He also won a doubles match Sunday, teaming up with American Jack Sock to defeat the European duo of Matteo Berrettini and Andy Murray 2-6, 6-3, 10-8. This is the first time ever that Team World has claimed the Laver Cup trophy.

The tournament was also a spot to celebrate the career of the legendary Roger Federer who played his last match on Friday teaming up with his rival and friend Rafael Nadal for this ultimate doubles match.

Less than two months from the start of the World Cup, the Canadian men’s soccer team have landed Europe to play two friendly matches.

They delivered an encouraging performance in their first match winning 2-0 over Qatar — the host country of the 2022 World Cup. Cyle Larin opened the scoring in the 4th minute before Jonathan David doubled it less than 10 minutes later. These two quick goals were enough to seal the deal as the squad finished the game with a shutout.

Canada will be back on the field for their second game of this international break on Tuesday against Uruguay — ranked13th in the world. 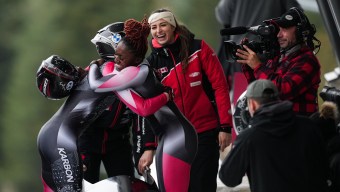