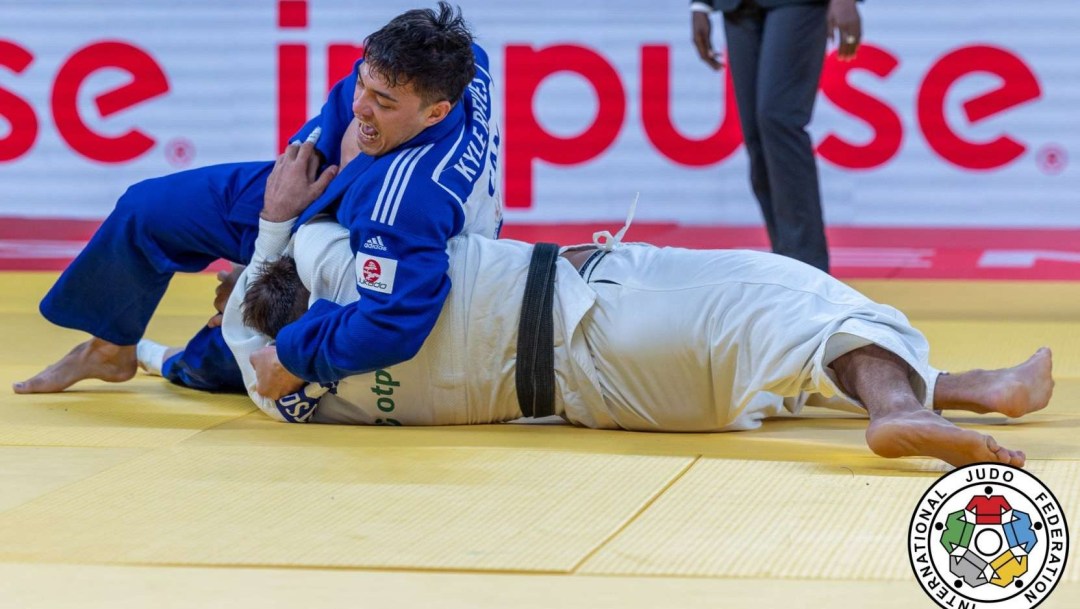 It was an eventful Thanksgiving weekend for Team Canada athletes, highlighted by a few medals at the World Judo Championships and at the latest stop of the ISU Challenger Series.

Keep reading to catch up on all the details.

Reyes came into the worlds ranked 31st in his weight class but was able to earn some upsets and take advantage of others to win his pool and then his semifinal as he took down 11th-ranked Zelym Kotsoiev of Azerbaijan. His luck ran out against host country favourite Muzaffart Turoboyev in the final, which went into golden score time. Shady El Nahas finished tied for seventh in the same weight class.

His podium appearance followed those of two of his teammates. On Sunday, Catherine Beauchemin-Pinard claimed her own silver in the -63kg event which came after Jessica Klimkait won bronze in the -57kg event.

Klimkait, who came into the tournament as the defending world champion, fell to South Korea’s Huh Mimi in her semi before regrouping in the repechage to earn bronze. Beauchemin-Pinard defeated Manon Deketer of France in her semi but lost to Japan’s Megumi Horikawa in the final. The silver is the first senior world championship medal for the Olympic bronze medallist.

Team Canada earned two podium finishes on the ice at the Finlandia Trophy in Espoo, Finland.

In their only warm-up event before the ISU Grand Prix Series gets underway, Laurence Fournier Beaudry and Nikolaj Sorensen skated to the gold medal in ice dance. They totalled 203.76 points for their best ever score in an international competition. That put them more than six points ahead of Americans Kaitlin Hawayek and Jean-Luc Baker, who had finished one spot higher than the Canadians at the 2022 World Championships.

Meanwhile the young pair of Brooke McIntosh and Benjamin Mimar took bronze at their first senior international event, finishing behind two German duos. They were bronze medallists at the 2022 World Junior Championships. They’ll make their senior Grand Prix debut at Skate Canada International at the end of October.

Denis Shapovalov made a deep run in the Japan Open this week, advancing all the way to the semifinals before falling to the eventual tournament winner, Taylor Fritz of the United States, 6-3, 6(5)-7(7), 6-3.

It was Shapovalov’s second semifinal appearance at the ATP 500 level in 2022.

Team Gushue ended their weekend in North Bay, Ontario on a high note, edging out Olympic champions Team Edin of Sweden to win the National, the first event of the Grand Slam of Curling season.

For skip Brad Gushue, it is his 14th career Grand Slam title. He had to execute an open hit to score a single point in an extra end to get the 5-4 victory. It is the team’s first tournament win with E.J. Harnden playing second following an off-season lineup shuffle.

On the women’s side, Team Einarson took second place after falling to Team Tirinzoni of Switzerland 7-3 in the final.

Micky Papa was the top Canadian at the Street League Skateboarding stop in Las Vegas on Saturday as he advanced to the final where he finished eighth. Ryan Decenzo missed moving onto the eight-man final by just one spot, finishing ninth overall.

Team Canada finished 10th at the FIVB Women’s Volleyball World Championship in Poland, the best ever result for the women’s national team program. After moving onto the second round for the first time in a few decades, Canada just missed advancing to the quarterfinals. They finished fifth in their second round pool with a 5-4 record. The team ended the tournament on a high note, defeating the Dominican Republic in their final match.