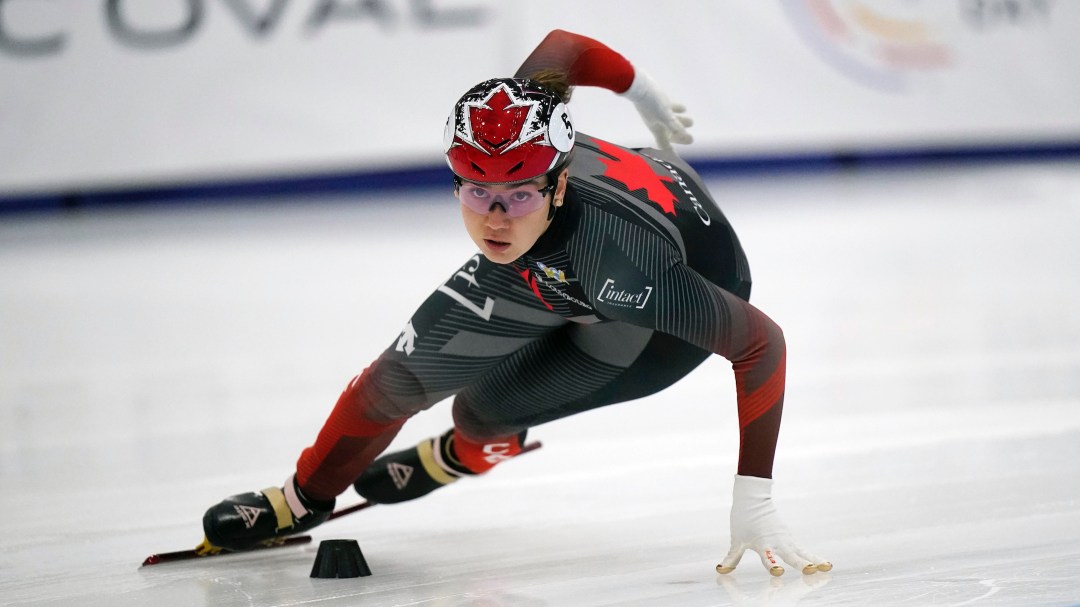 After skating to a pair of gold medals on Saturday, Canadian speed skaters returned to the short track to capture four more medals on the final day of competition at the ISU Speed Skating World Cup in Salt Lake City, USA.

Earlier on Sunday, Courtney Sarault clocked a time of 1:28.291 to capture silver in the women’s 1000m A final. Suzanne Schulting of the Netherlands finished in 1:28.241 for the top spot and American Kristen Santos-Griswold (1:32.965) rounded out the podium with bronze. This is Sarault’s second World Cup medal of the season, but first in an individual final.

Rikki Doak skated to her first career individual World Cup medal, claiming bronze in the second women’s 500m A final. She clocked a time of 42.478 seconds, behind Xandra Velzeboer of the Netherlands (41.602) and Korea’s Minjeong Choi (42.384). Fellow Canadian teammate Danaé Blais finished just off the podium in fourth position and a time of 42.486.

In the final women’s event, Blais and Sarault joined forces with Kim Boutin and Renee Marie Steenge to win silver in the women’s 3000m relay final.