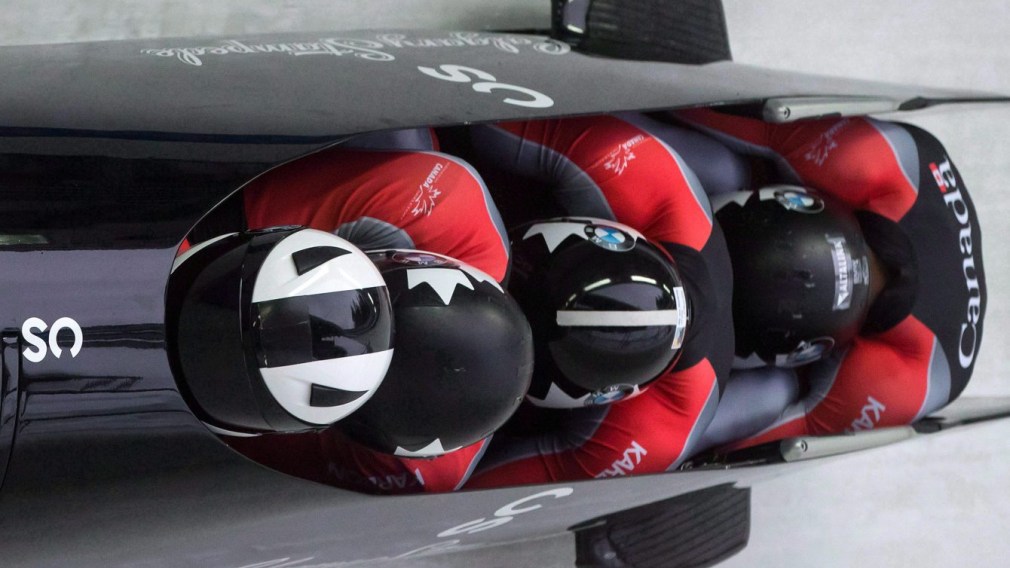 PyeongChang 2018 is getting closer and Team Canada is bringing home all kinds of medals.

Here are this weekend’s success stories:

Justin Kripps and Jesse Lumsden won two silver medals at the ISBF World Cup this weekend. Kripps and Lumsden raced to a silver medal in the two-man bobsleigh followed the next day by another silver in the four-man race with teammates Alex Kopacz and Oluseyi Smith.

In the two-man race, Canadians Nick Poloniato and Lascelles Brown finished in bronze medal position but unfortunately were disqualified due to a problem with their sled, moving Swiss team Clemens Bracher and Michael Kuonen into third. The 2017 World Champions from Germany, Francesco Friedrich and Thorsten Margis, won gold.

Team Canada earned a double podium in women’s skeleton at the IBSF World Cup in Innsbruck where Elisabeth Vathje won silver and teammate Mirela Rahneva took bronze. Rahneva sat in seventh place after the first run but was able to move onto the podium by putting up a very fast start time in her second run. Vathje was in second place after the first run and stayed there after the final, finishing second to Russian Elena Nikitina.

Canada claimed gold in both men’s and women’s slopestyle snowboard this weekend with Max Parrot and Spencer O’Brien finishing in first place at the Dew Tour in Colorado. Parrot’s best run of the day scored him 97 points, ahead of American Chris Corning and Norway’s Mons Roisland. O’Brien’s incredible second run scored 95 points, putting her ahead of American Jamie Anderson and Finland’s Enni Rukajarvi.

Cassie Sharpe won gold in women’s ski superpipe at Dew Tour this weekend. Sharpe was in first place after the qualifying round and managed to keep her place atop the standings with an excellent run in the final. Sharpe finished ahead of France’s Marie Martinod and American Maddie Bowman.

Lewis Irving earned his first career World Cup podium finish this weekend, claiming bronze in aerials. Irving decided to go with a lower difficulty jump, known as a full-full-full, and aim for high execution scores in the second final. Irving finished behind China’s Jia Zongyang and Belarus’ Maxim Gustik who both attempted more difficult jumps in the final run.

READ: Gough and McRae slide to a 2-3 finish at luge World Cup

Love sharing the podium with these ladies @agough87 and Natalie! Thank you to everyone who made this race possible! Also big congratulations to @tristanluge and @jsluge for their medal this weekend. #roadtopyeongchang #greatraces

It was a double podium for Canadian lugers at the FIL World Cup in Lake Placid where Alex Gough won silver and teammate Kimberley McRae won bronze. After the opening heat, McRae found herself in sixth place but with the fastest time in the final run, she was able to move onto the podium to claim bronze. Gough ended the opening heat in second overall and held that place after the final run.

Tristan Walker and Justin Snith earned their first podium finish of the season, claiming bronze in doubles luge. Walker and Snith were in fourth place after the first run but an excellent second run moved them onto the podium. Germans Toni Eggert and Sasha Benecken won their fifth gold medal of the season and Austrians Peter Penz and Georg Fischler claimed silver.