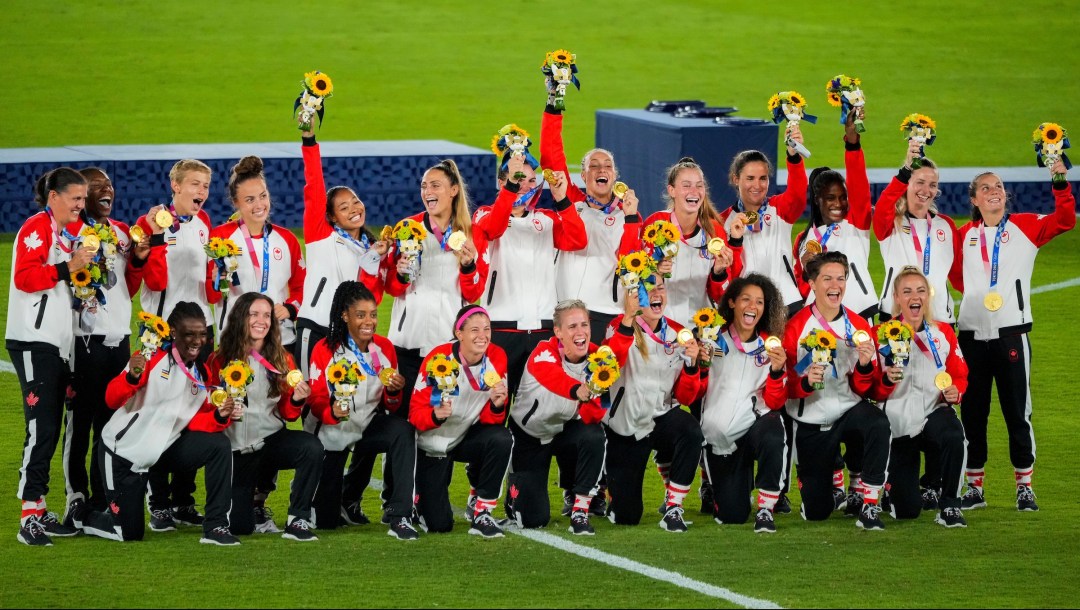 When the Olympic Games were last held in Tokyo 57 years ago, Canadian athletes won four medals. This go around, there are six times as many on the board.

There are all sorts of fun facts to be pulled from Team Canada’s success at the first Olympic Games to ever be postponed by a year and contested in front of zero fans.

Here are some of our favourites:

9018 – Damian Warner’s point total in the decathlon, setting an Olympic and Canadian record, as he became just the fourth man to break the 9000-point barrier while winning Canada’s first ever gold medal in the event

304 – Career caps for Christine Sinclair after playing (and winning!) in the gold medal soccer game

24 – Canada’s medal total at Tokyo 2020 surpassed the 22 won at Atlanta 1996 and Rio 2016, becoming the country’s second most successful Olympic Summer Games ever

20 – Age of Julia Grosso, who scored the winning penalty kick goal that gave Canada the gold medal in women’s soccer

10 – Fourth-place finishes, including four in swimming

6 – Andre De Grasse’s career medal total, having never missed the podium in any of his Olympic events

6 – Medals won in swimming, matching the total from Rio 2016, but improving to a haul of one gold, three silver, two bronze

6 – Sarah Douglas’ final placement in the Laser Radial, the best-ever individual performance by a Canadian woman in Olympic sailing competition

2 – Judo medals won by Jessica Klimkait and Catherine Beauchemin-Pinard, the first Canadian female judokas to win Olympic medals and the first time that Canada has won multiple judo medals at an Olympic Games