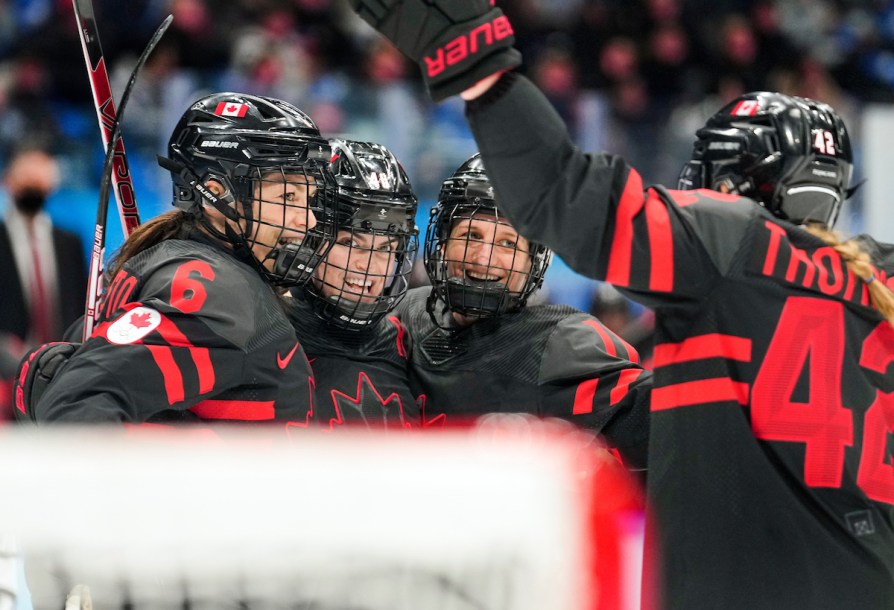 Team Canada’s mix of youth and experience was on full display in their opening game of Beijing 2022.

Olympic rookie Sarah Fillier got Canada off to a strong start with a pair of first period goals, helping Canada to a big 12-1 victory over Switzerland at Beijing’s National Indoor Stadium. While Fillier’s name may be new to the Olympic game sheet, many of Canada’s other scorers are not.

Canada will look build off their strong start on Friday when they take on Finland.

Fillier opened the scoring just 1:04 in, batting the puck out of mid-air and under Swiss netminder Andrea Braendli. Switzerland challenged the goal but, after a 10-minute review, the marker stood and Canada owned an early 1-0 advantage.

“It is a dream come true. I have been waiting a long, long time for this. I don’t think it has sunk in yet. I really did not know how it went in. I had to watch it on replay,” Fillier said of her quick, first Olympic goal.

“Talk about making an entrance to the Olympics,” said Renata Fast. “To score on her first shift, to bat the puck out of the air, that is so skillful.”

Fillier scored again at 7:55 of the first, cycling from the wall into the high slot before ripping a wrist shot high on the blocker side of Braendli. Spooner added to Canada’s lead at 11:20, backhanding a rebound past the Swiss goaltender to make it 3-0 through 20 minutes.

At 8:06 of the second period, Johnston deposited a rebound in close. Just 15 seconds later, Stacey fired a sharp angle shot from the goal line that went off Braendli’s pad and in, making it 5-0 Canada.

The Canadians made it 6-0 at 13:20. With Switzerland’s Sarah Forster in the box for an illegal hit on Mélodie Daoust, Spooner put in the rebound of a point shot to extend the lead.

In the third, Turnbull was left alone in front at 6:14 to give Canada 9-0 lead. Switzerland got on the board at 8:30 when Laura Stalder scored.

Canada reached double-digits at 13:46 when Bell scored her first Olympic goal, putting in the rebound of a Turnbull shot. Thompson and Ambrose scored late goals to make it a 12-1 final.