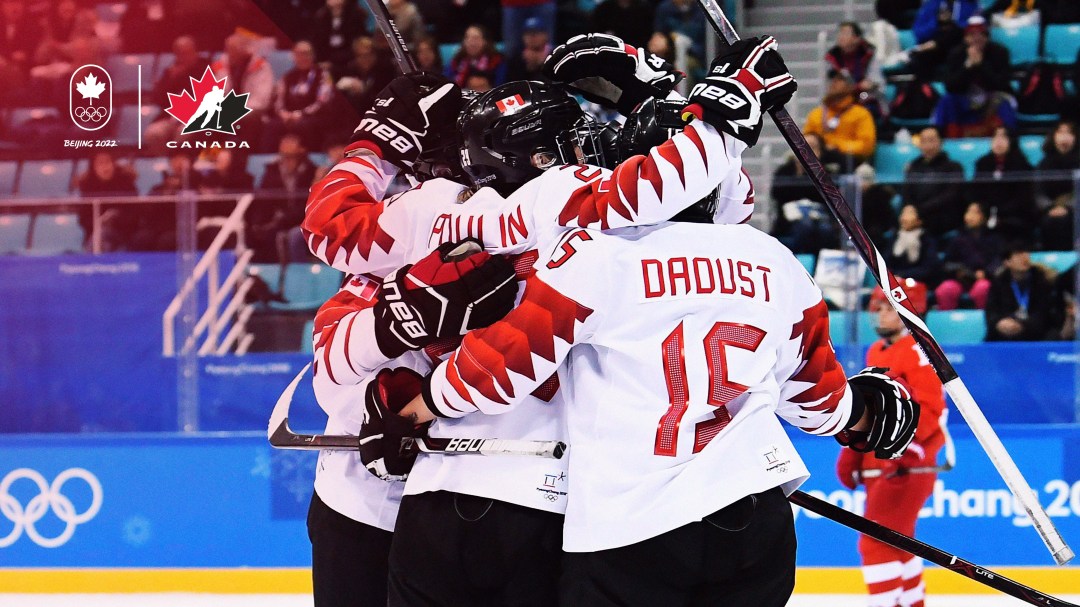 Team Canada has announced the 23 women who will wear the maple leaf at the upcoming Winter Olympics in Beijing.

The roster will feature 13 players from the PyeongChang 2018 silver medal-winning team, as well as six players who won gold at Sochi 2014. Marie-Philip Poulin and Rebecca Johnston will be making their fourth Olympic appearances, having debuted at Vancouver 2010 where they won gold on home ice.

Starring on offense will be Poulin, who has proven herself to be a big game performer in addition to being one of the best hockey players in the world.

During her Olympic debut in Vancouver, Poulin was the lone goal scorer in the gold medal game as Team Canada shut out Team USA 2-0. At her next Olympics, she captured the hearts of Canadians forever when she came up clutch yet again in the final against the United States. With just 55 seconds to go in the third, Poulin scored to send the game to overtime and then added the winner to secure Canada’s fourth consecutive Olympic women’s hockey gold. At PyeongChang 2018, she was amongst the team’s top scorers with six points.

This past summer, Poulin worked her magic again at the world championship, notching another gold medal winner to secure Canada’s first world title in nearly a decade.

She’ll be joined on the ice by long-time teammate Johnston, who ranks among the top-10 all-time in scoring for Canada’s National Women’s Team and has made 10 world championship appearances. She came back from a ruptured Achilles tendon to help Canada win the 2021 world title.

The MVP of the 2021 World Championships, Mélodie Daoust, is headed to her third Olympic Games. She led all players in scoring with six goals and six assists as Canada won the gold medal in August. Brianne Jenner, who was second in scoring at the worlds with 11 points, and Natalie Spooner, who was named an all-star forward alongside Daoust, will also be making their third consecutive Olympic appearances.

Sarah Nurse will be heading to Beijing for her second Olympics after competing in PyeongChang. Despite joining the national team just six years ago, Nurse has become a household name. She made her IIHF World Championship debut a year after her Olympic debut and was part of the gold medal win in 2021.

READ: Shooting and sweeping towards Beijing 2022: What to watch in curling and hockey

Two-time Olympian Jocelyne Larocque will anchor the blueline, a position she’s assumed for over a decade. Over the course of her career with Team Canada, she’s won eight world championship medals, including gold in 2012 and 2021.

Also returning on D is Renata Fast, who made her Olympic debut in 2018. One of the touted newcomers is Erin Ambrose, who was centralized with the national team ahead of PyeongChang 2018 but was ultimately cut from the Olympic roster. She’s since represented Canada at the 2019 World Championship where she scored two goals and five assists. At the 2021 Worlds, she was named to the all-star team after putting up an impressive +10 rating along with her two goals and three assists.

Ashton Bell, Ella Shelton, Claire Thompson and Micah Zandee-Hart will also be defending on Olympic ice for the first time.

Canada will have three goaltenders in Beijing – 2018 Olympian Ann-Renée Desbiens, Emerance Maschmeyer, and Kristen Campbell — all of whom were part of the gold medal-winning squad at the 2021 Worlds.

After leaving PyeongChang heartbroken, the women of Team Canada have their sights set on restoring their former Olympic glory.

“It’s a new journey. It’s centralization. We’re focusing on the Olympic Games and we’re going to go one day at a time,” Poulin told Olympic.ca in early December. “For us, it’s that gold medal we want to achieve.”

Larocque says there’s been a new level of confidence that has been the difference maker this year – something she hopes can carry Canada to the top of the podium.

“So much of a successful part of our journey this year is that true belief, regardless of the score… it’s that genuine belief that we can win or just play really good hockey. We’ve really focused on the process and the things we need to do in order to be successful.”

Larocque added: “This is the best team that I’ve ever been a part of.”

Women’s hockey will take place at the National Indoor Stadium and Wukesong Sports Centre. Canada will open against Switzerland on February 3 and then face Finland two days later. After playing Team ROC on February 7, the most anticipated match of the round robin will come against Team USA on February 8. The women’s quarterfinals will be played February 11 and 12, with the semifinals on February 14. The bronze medal game will be on February 16 with the gold medal game on February 17.

A member of Canada’s National Women’s Team since 2007, Rebecca Johnston has competed at 10 IIHF Women’s World Championships as…