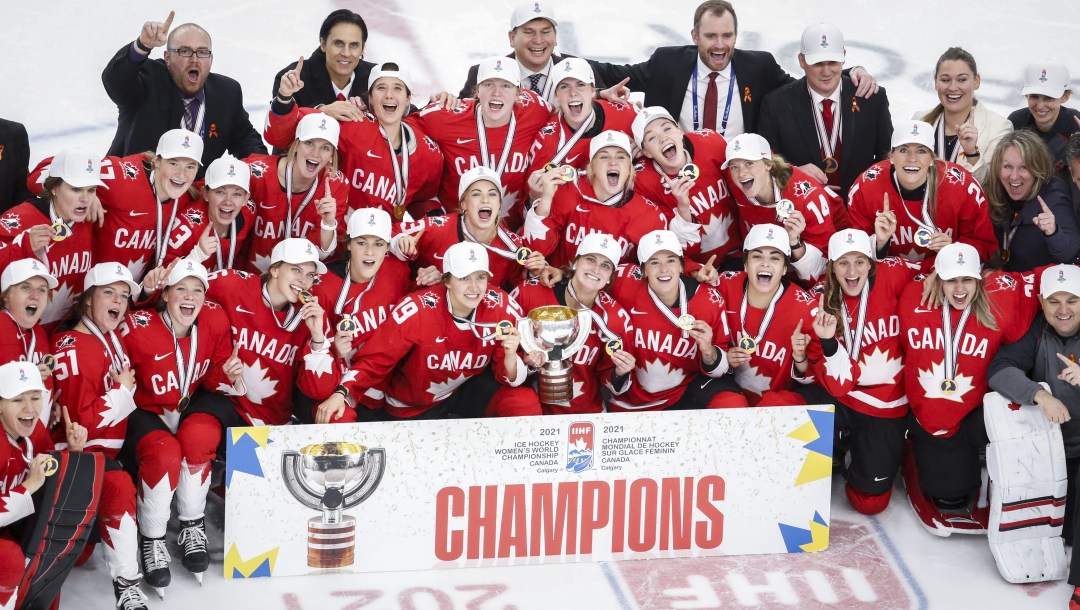 Canada is the all-time leader when it comes to Olympic medals won in curling and ice hockey.

In just six Olympic Games since curling returned to the program at Nagano 1998, Canada has won 11 medals, including six gold, which is also the all-time record. From 1998 to 2014, Canada did not miss the podium in either the men’s or women’s Olympic curling tournaments. And when that streak ended at PyeongChang 2018, the Olympic debut of mixed doubles saw another historic Canadian gold medal.

Canada has won 22 medals in hockey, including 13 gold, which no other country comes close to matching. Four gold and two silver belong to Canada’s National Women’s Team, which has never missed the podium in the six Olympic Games to include women’s hockey. In the recent history of the men’s tournament, Canada has won gold in three of the five Games to include NHL players and has reached the podium in three straight Games.

Here are a few things you’ll want to keep an eye on in these team sports on the road to Beijing 2022.

Canada’s curling depth is unmatched in the world, which makes the Olympic qualification process quite intense. There are currently seven men’s teams and seven women’s teams locked in for the trials that will determine who gets to be Team Canada at Beijing 2022.

There’s a lot of Olympic experience among those teams. Gushue and his third Mark Nichols won gold at Turin 2006. Jacobs and his front end of E.J. Harnden and Ryan Harnden won gold at Sochi 2014. In 2019, they welcomed Marc Kennedy as their third. He won Olympic gold at Vancouver 2010 and then played at PyeongChang 2018 with Koe. Team Koe has stuck with Ben Hebert, also a 2010 gold medallist, as lead and in March 2020 announced that John Morris, who won men’s gold in 2010 and mixed doubles gold in 2018, would be the team’s third. Epping counts two Olympians in his lineup: third Ryan Fry (Sochi 2014 gold) and lead Brent Laing (PyeongChang 2018).

There are three major events remaining that are part of the Olympic qualification pathway. First up will be the Curling Pre-Trials taking place October 26-31 in Liverpool, Nova Scotia. That event will feature 14 teams of each gender trying to earn their way into the Curling Trials which will be held November 20-28 in Saskatoon, Saskatchewan. There are two trials spots available per gender to be claimed at the pre-trials. The trials will see nine teams of each gender vying to be Team Canada in the men’s and women’s tournaments at Beijing 2022. There will be 16 duos competing for an Olympic spot at the Mixed Doubles Trials that will take place December 28-January 2 in Portage la Prairie, Manitoba.

Many of the teams will play in bonspiels throughout the fall, including events that are part of the Grand Slam of Curling. And, of course, we can’t forget the national championships. The Tournament of Hearts will be played January 28-February 6 in Thunder Bay, Ontario. The Brier is scheduled for March 4-13 in Lethbridge, Alberta. And the Canadian Mixed Doubles Championship will take place March 22-27 in Sudbury, Ontario.

Canada officially qualified for the men’s Olympic tournament via the 2019 IIHF World Ranking when they were number one in the world. With their gold medal at the 2021 World Championship, Canada continues to hold onto that top spot.

For the women, it was the 2020 IIHF World Ranking that secured Canada’s spot at Beijing 2022. Though they continue to be ranked second behind the United States, it was Canada who had the biggest win most recently with an overtime victory in the gold medal game at the 2021 World Championship in August.

As is usual in Olympic years, Hockey Canada has centralized a roster of women’s players in Calgary. That includes the team of 25 that won gold at the 2021 Worlds:

In early September, it was announced that an agreement had been reached that would allow NHL players to represent their countries at Beijing 2022. So that means that every fan and pundit will be forming their opinions and speculating on who will make the Olympic team as they watch NHL players in action from October on. It will be the first best-on-best international men’s tournament since the 2016 World Cup of Hockey.

Canada’s National Women’s Team will get their centralization schedule started with a couple of games in early October against the Trail Smoke Eaters and Cranbrook Bucks of the BCHL. As more Olympic warmup games are announced, you can find them here.

The NHL season begins on October 12. The All-Star Weekend is set for February 4-5 in Las Vegas and that leads directly into the break in the schedule for the Olympic Games. League play will resume after February 22.