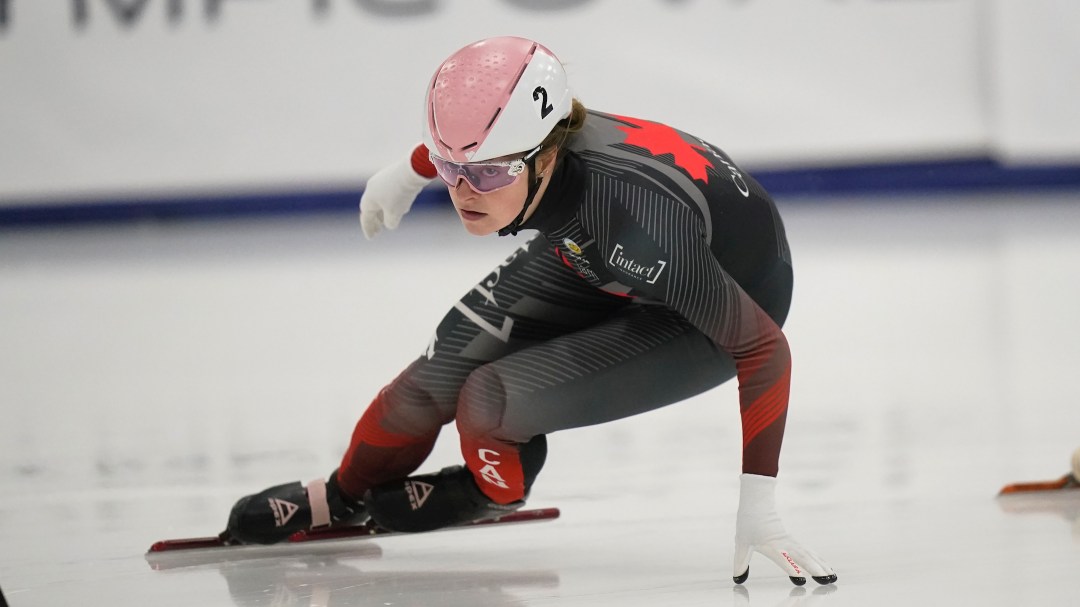 The four-time Olympic medallist posted a time of 43.095 seconds to take the top spot in the women’s 500m A final. Poland’s Natalia Maliszewska finished in second position with a time of 43.145 seconds and American Kristen Santos-Griswold rounded out the podium with bronze (43.170).

This is Boutin’s second medal of the 2022-23 World Cup season. Last weekend, the Quebec native teamed up with Danaé Blais, Rikki Doak and Renee Marie Steenge to finish with silver in the women’s 3000m relay A final.

On the men’s side, Maxime Laoun overtook Abzal Azhgaliyev of Kazakhstan in the 500m A final to finish with the gold medal. The Beijing 2022 gold medallist crossed the line in 40.946 seconds. In second position, Azhgaliyev clocked a time of 41.054. South Korea’s Lee June-Seo finished with bronze and a time of 41.350.

This marks his sixth career World Cup medal, but first in an individual competition. Previously he has won a gold, three silver and a bronze in men’s relay finals. One of those bronze medals came last weekend during the first World Cup of the season. Laoun teamed up with Pascal Dion, Steven Dubois and Maxime Laoun to win bronze in the men’s 5000m relay final.

In other results, Courtney Sarault and Danaé Blais finished off the podium in fifth and sixth respectfully, in the women’s 1500m A final.