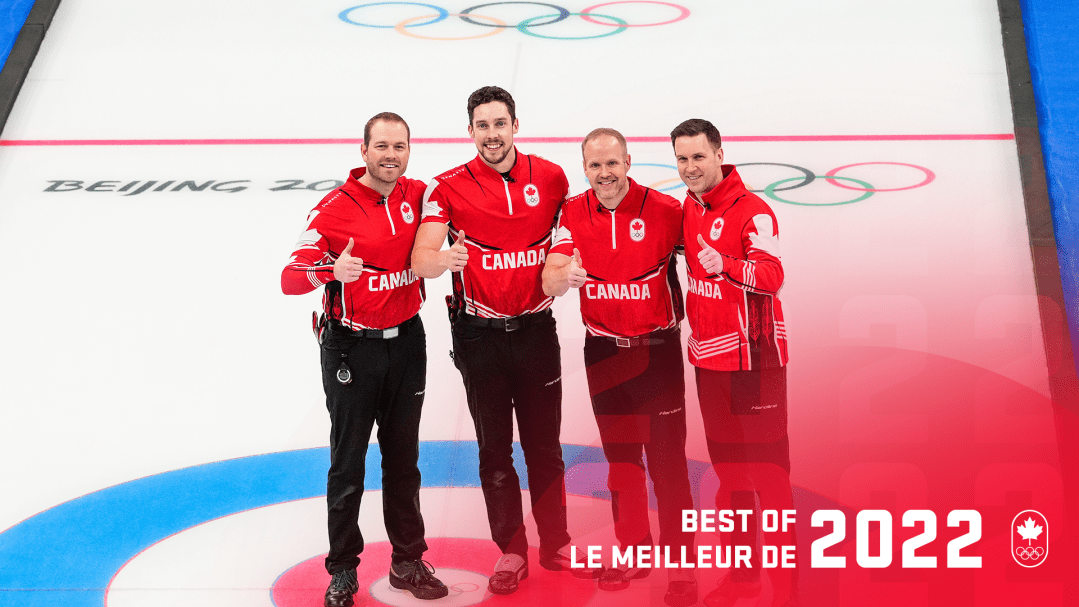 The last few months as a foursome for Brad Gushue, Mark Nichols, Brett Gallant, and Geoff Walker could not have been more memorable.

It was truly a history-making year for da b’ys from The Rock.

After winning the super competitive Canadian Curling Trials in November, they reunited in mid-January, setting up house in the Vancouver area to begin their Olympic preparations in earnest.

Between the pool tournaments, the puzzles, their cooking setting off the smoke detector, and the at-home haircuts they got themselves into Games shape, documenting it all for their fans to see.

Sixteen years after Gushue and Nichols last stepped on Olympic ice, they were back sliding over those rings again while Gallant and Walker made their Olympic debuts.

READ: Lifelong friends back for another shot at Olympic glory

It’s not an exaggeration to say Beijing 2022 was a bit of a roller coaster of a tournament, but they got into the playoffs with their 5-4 round robin record. After a tough semifinal loss to Sweden, skipped by the legendary Niklas Edin, the Canadian quartet had to rebound quickly.

They came back with a strong effort against the United States, winning 8-5 to claim the bronze medal. Gushue and Nichols broke the Canadian record for most years between medals at the Olympic Winter Games as they added to the gold they had won in their mid-20s at Turin 2006.

After the long, long, long trip back home to Newfoundland (where they received a hero’s welcome), they were soon back on a plane headed west for the Brier in Lethbridge, Alberta.

As Wild Card #1, Team Gushue brushed off their fatigue to top their pool with an 8-0 record. But then they got hit with the worst news just before their playoff seeding game – Nichols had tested positive for COVID-19 and would have to quarantine at the hotel. Without an alternate, they would have to play as a team of three going forward.

It wasn’t that surprising when they lost that seeding game, dropping them into the 3 vs 4 page playoff. But then something magical started to happen. They pulled off the win against Saskatchewan and dominated their semifinal against the reigning champions, Team Bottcher. Facing Alberta’s Team Koe in the final, the undeterred trio came away with the 9-8 win in an extra end.

It was the most improbable outcome. No team had ever won the Brier with just three players on the ice. Gallant and Walker were playing out of position, throwing three stones apiece while sweeping solo for each other and Gushue. They excelled under the extreme circumstances to win their fourth national title. In the process, they became the first Canadian team to win an Olympic medal and the Brier in the same year.

A few weeks later, they announced that Gallant would be leaving the team at the end of the season. But first, there was one more major tournament – the world championship in Las Vegas.

Though they led the round robin with a 10-2 record, they once again ran into Edin and the Swedes in the final. Team Gushue closed out their eight years together with the silver medal, cementing their legacy as one of the best men’s curling teams Canada has ever known.