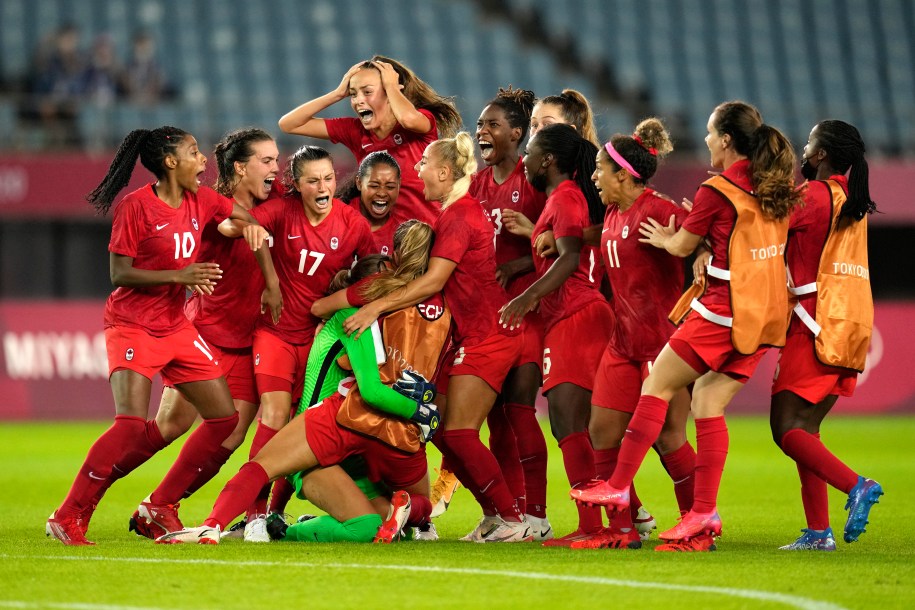 In nerve-wracking fashion, Canada has earned the right to compete for another Olympic medal in women’s soccer.

The quarterfinal match between Canada and Brazil on Day 7 at Tokyo 2020 finished 0-0 after extra time, requiring kicks from the penalty mark to determine a winner.

Labbé had previously been called upon to make a number of key saves throughout the game, including a diving stop to deny what would have been a Brazilian winner in the 119th minute.

“To be able to do my part in helping this team come away with the win is a really proud moment,” Labbé said after the match.

Just in front of her, central defender Vanessa Gilles also played a massive part on the day. The 25-year-old, who made her Olympic debut in Canada’s 1-1 draw with Great Britain to close out the group stage, was solid on the defensive end of things throughout.

She also had Canada’s best scoring chance of the game, putting a header off the crossbar in the 59th minute, and converted Canada’s fifth penalty of the shootout. Also scoring for Canada in the shootout were Jessie Fleming, Ashley Lawrence and Adriana Leon.

The sense of relief after a tense 120 minutes and shootout was palpable, as the players flooded the field to celebrate after Labbé’s decisive save.

“The emotions are high right now but what a performance by the team,” she said. “Defensively we were solid against some of the best strikers in the world. Attacking wise, I thought we put in a good shift, we had some great opportunities.

“That’s what the Olympics are about, these tight games that bring out performances that just make us really proud.”

The team will now prepare for a challenging semifinal clash (Monday, 4 a.m. ET) against the United States, who also went to penalty kicks in their quarterfinal win over Netherlands.

It will be a rematch of the semifinals from London 2012, an all-time classic in the realm of women’s soccer. Canada would win bronze in that competition, as well as four years later at Rio 2016.